BACK AGAINST WALL, CHINA NEED MUST-WIN MATCH AGAINST ITALY TO KEEP THEIR OLYMPIC HOPES ALIVE

Bangkok, Thailand, July 29, 2021 – China suffered their third loss at the hands of Russia in the Tokyo 2020 volleyball tournament, allowing the reigning Olympic champions to next challenge unbeaten Italy with backs against the wall on their last-ditch efforts of entering the quarterfinals. 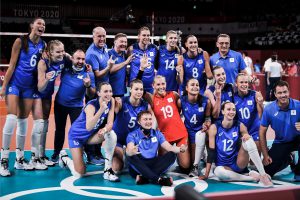 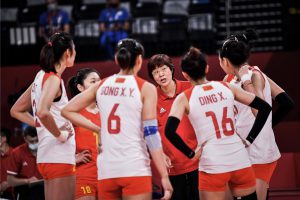 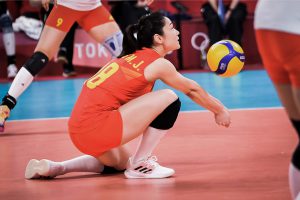 China remained strong offensively with the likes of powerful hitters Zhu Ting, Zhang Changning and Gong Xiangyu, while Fedorovtseva, Voronkova and Goncharova led the charge for the Russian side. 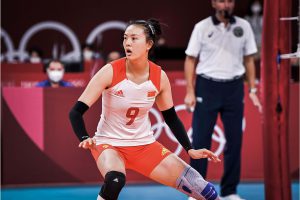 Seeking their first victory in the Tokyo Olympics as they had already suffered the first two losses in straight sets to Turkey and the USA in Pool B, China came in full strength in this highly-anticipated clash against Russia, the team they had beaten in straight sets at the recent FIVB Volleyball Nations League in Rimini, Italy. 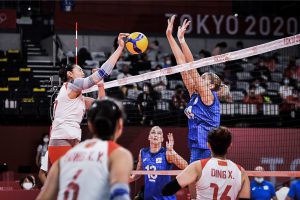 The first set saw both sides lock horns in a very tight contest. Russia excelled in attack, but the Chinese side relied on their exceptional defence and fightback and the score was tied at 10-all. Russia surged ahead the tough rivals 16-11, thanks to huge attacks from Fedorovtseva and Goncharova, but the Chinese improved on their defence, replacing Zhang Changning and setter Ding Xia with sensation Li Yingying and Yao Di. Lang Ping’s intention did not work well as the Russians stormed on to take the thrilling set 25-17. 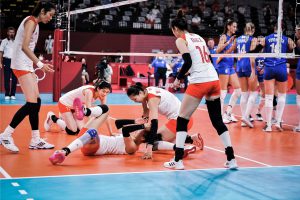 The second set remained hotly-contested, with China gradually gaining control. Li Yingying’s fierce spikes and Zhu Ting’s powerful mid-court attacks helped China take a narrow lead with two-point clear at 11-9. From then on, Russia carried out big hits from Voronkova and Fedorovtseva, but the Chinese defended solidly which saw the score tied for several times. At 23-all, Zhang Changning fired a powerful blow to put China in front 24-23 and after a brief fantastic rally, the Chinese clinched the close set 25-23. 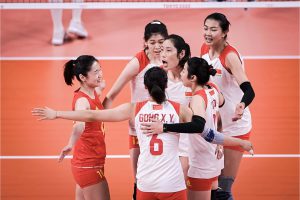 China turned the heat on the Russians in the third set when Zhu Ting and Li Yingying boosted their team with their exceptional display to lead commandingly 24-18, allowing the rivals two saved set points to net the set 25-20 for a 2-1 lead. 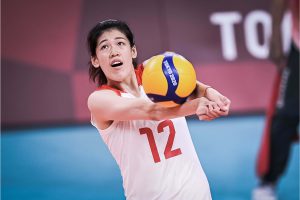 The intense match was likely to end in four sets when China responded well to eventually come through and take a 7-point lead at 19-12. Still, Russia did not give up easily, putting their acts together to score 6 points in succession and reduce the gap to 19-18. The near end of the set saw both sides pour everything, but it was the determined Russians who fared better to win the hard-fought set 27-25, forcing the tiebreaker to determine the eventual winners. 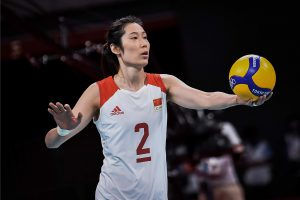 In the thrilling decider, China trailed 3-4 and needed four blocking attempts to level 4-4. Irina Fetisova, coupled with Fedorovtseva, was blocking everything at the net, while Voronkova’s attacks were unreturnable to help Russia advance to 14-10. Zhu Ting tried to bring China back on the right track as she attacked and solidly blocked Voronkova to help China save two match points. However, their effort was short-lived as Russia won the last crucial point to capture the deciding set and match. 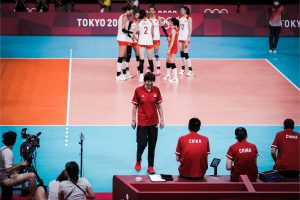 For Russia, it was a sweet revenge against China for their straight-set loss in this year’s VNL. Russia surged ahead Turkey to temporarily stay at the third place in Pool B standings with 5 wins from 2 wins against one loss. China remained in fifth position with one point from three straight losses. 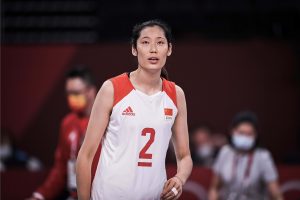 With only two matches to go before conclusion of the pool round-robin preliminaries, China need a must-win match against Italy on Saturday to keep their little hopes of making the last 8 teams alive. Their last preliminary match against underdogs Argentina will be held on Monday.

Russia are due to next take on the USA, world No.1 and consecutive three-time VNL champions on Saturday, and Turkey on Monday.