Bangkok, Thailand, July 29, 2021 – Korea regained their pride lost in straight sets to Dominican Republic at the recent FIVB Volleyball Nations League to pull off a dramatic 3-2 win against the same opponents in their preliminary Pool A clash in the Tokyo 2020 volleyball tournament at Ariake Arena in Tokyo, Japan on Thursday. 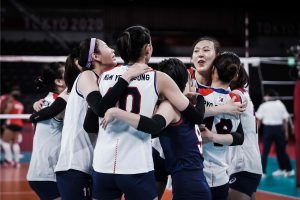 Super star Kim Yeon Koung, who landed the Most Valuable Player and the Best Scorer awards at the 2012 Olympic Games in London, chipped in with 20 points including 16 attacks and 3 blocks for Korea, while Kim Heejin and Park Jeongah scored 16 points apiece for the winning side. Elizabeth Martinez Brayelin also topscored with 20 points including 18 attacks on Dominican Republic’s losing efforts. 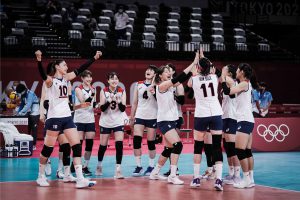 Korea’s stiff defence and decisive offence throughout the first set proved their class above the Dominicans to seal the first set 25-20. 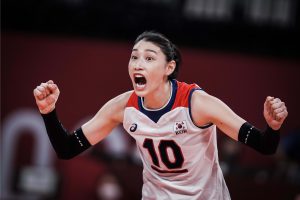 However, putting the Koreans under constant pressure from the front and back of the court with some spectacular digs, the Dominicans took control of the second set from the outset, racing to a commanding 24-16 lead after back-to-back attack points from Prisilla Rivera Brens. Kim Heejin’s sharp spike saved one set point for Korea before the Dominicans wrapped up the comfortable set 25-17. 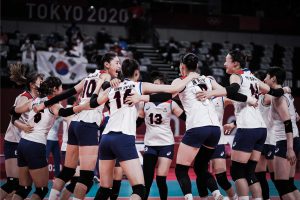 In the third set, Korea roared back with some solid blocks and aggressive spikes from Kim Yeon Koung and Kim Heejin to capture the lead with six-point clear at 23-17. Korea allowed the Dominicans one more point before a sharp spike from Kim Yeon Koung went without returning to clinch the set 25-18. 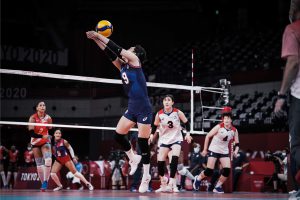 Going down 1-2, the Dominicans took advantage when the rivals came up with several unforced spiking and serving mistakes, puncturing the Korean defence with attacks and solid blocking to lead initially 17-9 and widen the gap to 20-12. The rhythm remained with the Dominicans as they scored three points in a row to stretch it to 23-12 and went on their fine form to capture the set 25-15 with ease. 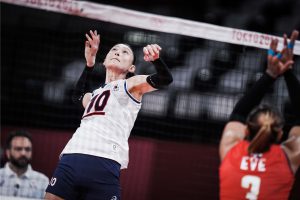 In do-or-die tiebreaker, the Koreans were seemingly going through the motion. As Kim Yeon Koung and Kim Heejin showcased their brilliant individual display to guide the team to a 14-12 lead, Park Jeongah hit a powerful spike to end the Dominicans’ challenge. 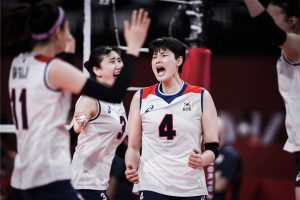 Following the hard-fought win in this highly-anticipated match, Korea temporarily moved up to the third place in Pool A with 5 points from 2 wins against one loss. They will next go up against hosts Japan in the all-Asians affair on Saturday. 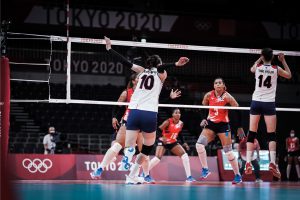 BACK AGAINST WALL, CHINA NEED MUST-WIN MATCH AGAINST ITALY TO KEEP THEIR OLYMPIC HOPES ALIVEQATARIS CHERIF/AHMED ADVANCE TO KNOCKOUTS