Lausanne, Switzerland, June 3, 2019 – With the countdown to the 2019 FIVB World Championships entering its final 25 days, the international beach volleyball circuit continues play this week with events in Austria and China.

Prior to the start of play in Nanjing on Thursday and Baden on Friday with qualifying rounds, the drawing of lots for the 2019 FIVB Beach Volleyball World Championships in Germany will be held Tuesday in Hamburg to determine the pool assignments for the 48 men’s and 48 women’s teams for the June 28 through July 7 event.

The FIVB also confirms a change in dates for the event in Salalah, Oman. Previously scheduled to take place from August 21-24, the men’s only 1-star World Tour tournament will now be played from August 24-27.

The $25,000 Silk Road Nanjing Open marks the second-straight week of women’s only play in China where pool play will be held Friday followed by the elimination rounds on Saturday and the medal matches on Sunday where the winning team will share the $4,000 first-place prize. 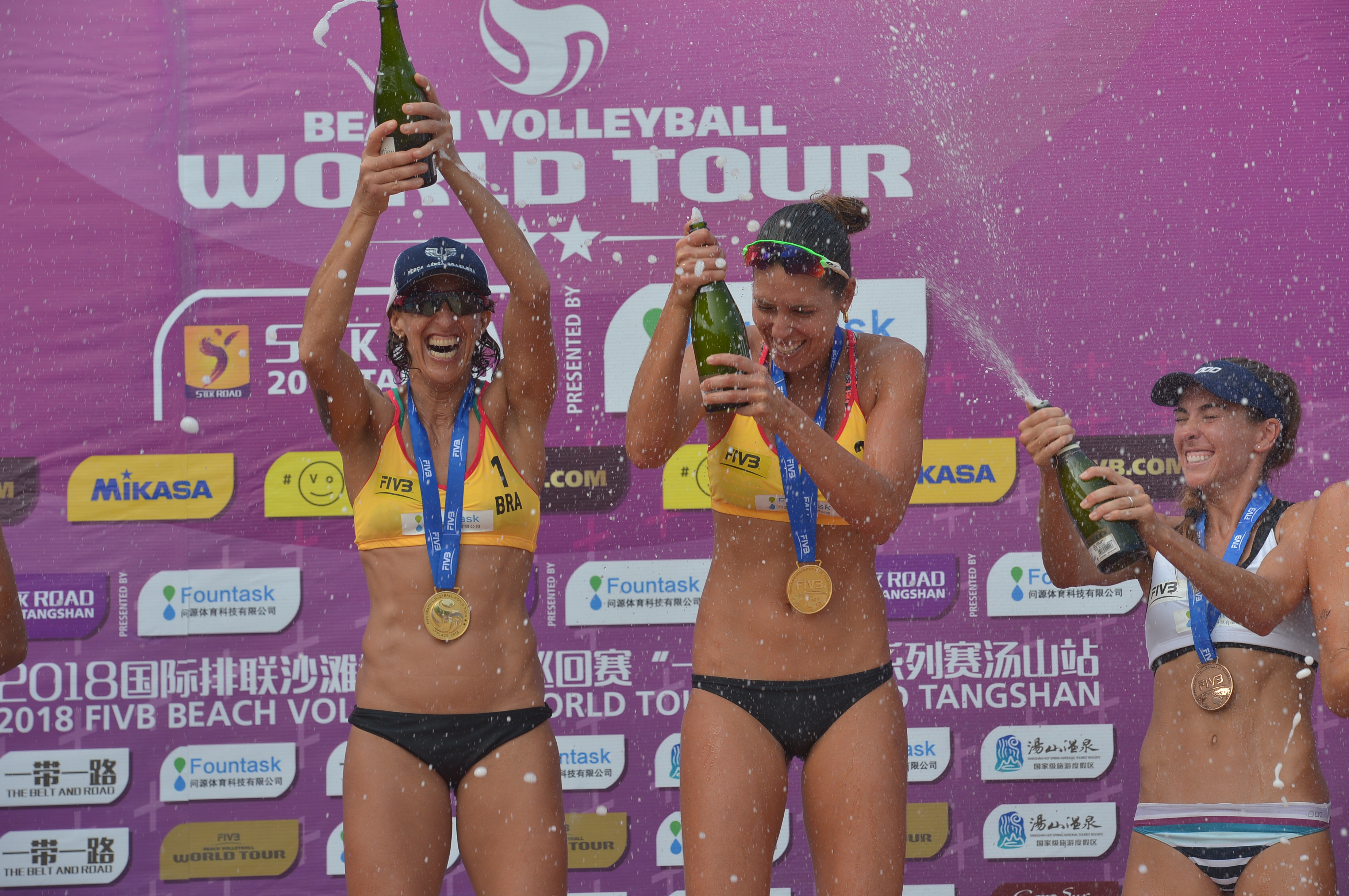 Located 260 km from last week’s women’s-only FIVB World Tour stop in Nantong, Nanjing will be staging its fifth FIVB Beach Volleyball event highlighted by the 2014 Youth Olympic Games, and two junior worlds championships in 2017 (under-21) and 2019 (under-19).

The Silk road Nanjing Open is the seventh FIVB World Tour event in China this season.  Zhongwei, Qinzhou and Yangzhou hosted international tournaments last September and October with Xiamen, Jinjiang and Nantong being played in April, May and June.

The €15,000 Baden Open presented by Sports.land.NÖ will cover a four day period for men and three days women with pool play and opening elimination matches on Saturday.  The medal matches will be Sunday for women and Monday for men as the €1,500 first-place prizes await the winning pairs. 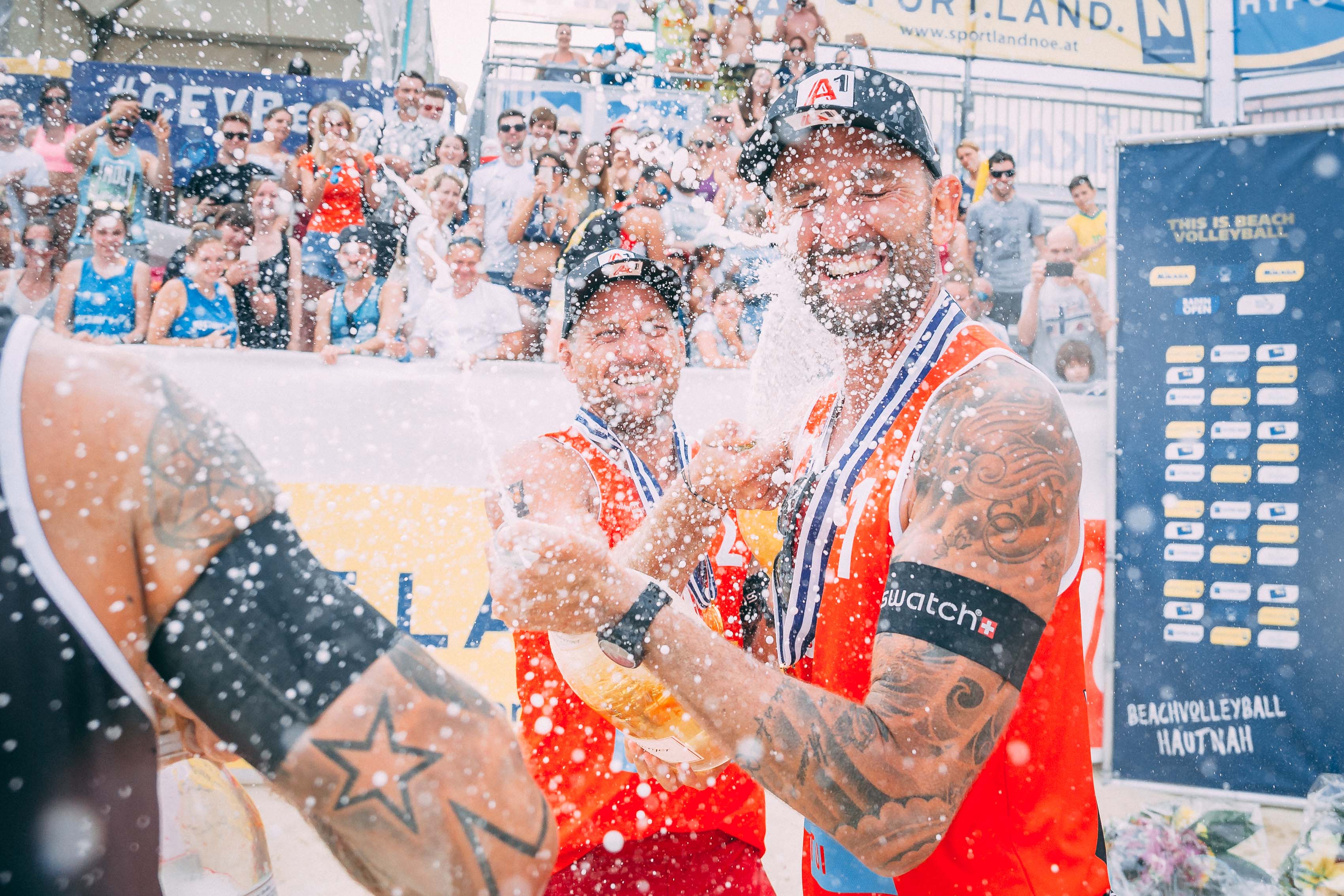 In action last week, the 2018-2019 FIVB World Tour played its 25th men’s and 24th and 25th women’s events with the double-gender Ostrava Open in the Czech Republic and the women’s-only Nantong Open in China.

The first World Tour gold medal won last week was by Jingzhe Wang/Shuhui Wen of China, who captured their second FIVB title together by defeating Carolina Horta/Angela Lavelle of Brazil 2-1 (21-9, 18-21, and 15-12) in 48 minutes. 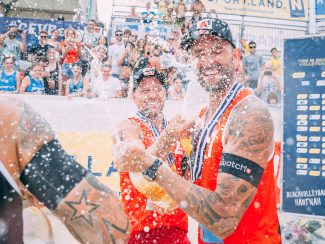 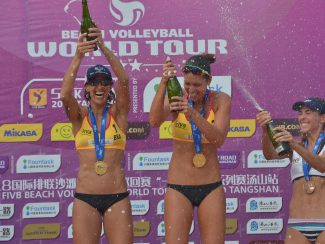 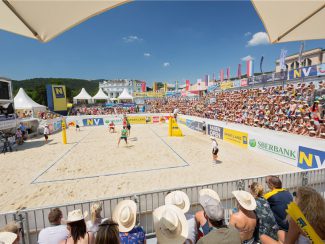