By Marie Louise Principe
Chiba, Japan, September 12, 2021 – Bahrain’s solid playmaking spelled the difference in their straight-sets win (27-25, 25-21, 25-21) on India, in Sunday’s first match in Pool A of the 21st Asian Senior Men’s Volleyball Championship at the Chiba Port Arena. 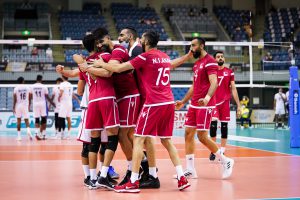 Yaqoob Mohamed performed with a match-high 15 points, with Moahmed Anan and Mahmood Abdulwahed scoring 13 points each.

After missing the 2017 and 2019 editions, Bahrain showed a good level of composure and intent in their offense. They enabled solid, nearly unchallenged attacks with Ali Ebrahim operating from the flanks. 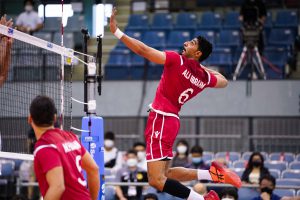 India showed they could likewise connect with well-orchestrated plays but needed better performance in service-reception. What favored India mostly was how they could manage to sustain rallies and connect upon transition.

Once India went well with their first ball, they knew they had the luxury of activating their taller line-up led by middle attacker and captain Karthik Ashok.

In the end, however, Bahrain succeeded identify India’s reception flaws, and score off their serves. Ali Alsairafi unleashed a service winner to help bring Bahrain up front and take 27-25 in the opening set. 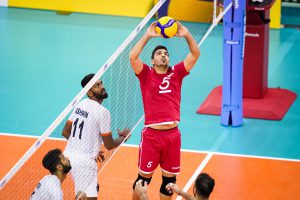 In the second set, Bahrain performed even better from the service line, knowing well to place the ball to the opponents’ point of no return. Setter and captain Mahmood Hassan ran his plays well and utilized their advantage at the wings. 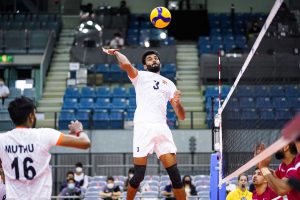 Bahrain needed a fresh approach and enlisted their bench players, which worked for them to pick up five points and seize the 19-18 lead. India’s errors in attack proved costly, with Bahrain winning 25-21 in the second set.

India’s middles blocked well for which Bahrain declined in their attack accuracy at the start of the third set. Coach Marco Queiroga once again called upon his substitutes, who delivered to force a tight match. Bahrain clearly had the edge at the wing, while sometimes even connecting from the pipe. An ace from Mohamed Yaqoob capped off Bahrain’s victory at 25-21 in the third set. 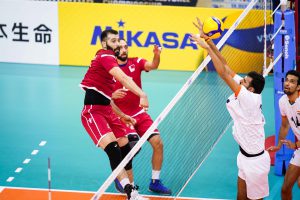 Bahrain will face hosts Japan on Tuesday 18:00 local, while India will play against Qatar, earlier at 12:00 in Chiba Port Arena.