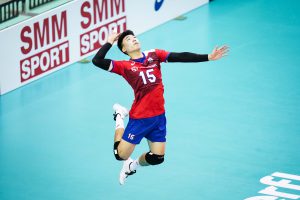 Opposite Han Kukmin proved unstoppable from both wings, unleashing a total of 24 points, from 22 attacks and two service winners. 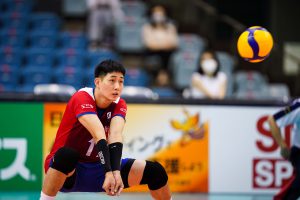 Korea handled the first ball well, and could easily set up their offense with good accuracy. Their quality passing allowed them to vary their plays and run effective combinations. While enjoying a good advantage over the Saudi side, they could to afford to take high-risk, powerful serves in order to further throw off Saudi Arabia’s reception. 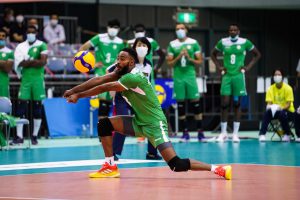 Saudi Arabia proved that they could set up well with the quick attacks when they respond well on serve-receive. However, they needed to maintain really good floor defense to mount a viable comeback against the Koreans.

When Saudi Arabia opted to switch to their substitute setter, they were still unable to completely define a good, useful system to leverage them well against their opponents, 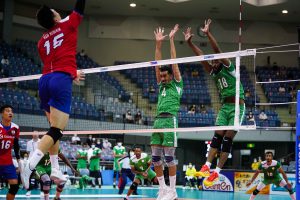 While Korea suffered from their share of attack errors, they still maintained a comfortable lead, all the way to straight-sets victory against Saudi Arabia. 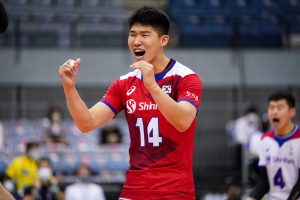 Korea will move over to the Funabashi Arena on Monday to face Kazakhstan at 17:30 local, while Saudi Arabia will play against Chinese Taipei, in an earlier match at 10:00. 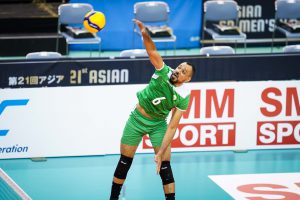