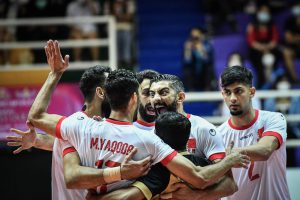 Bahrain, fresh from a stunning 3-1 victory against Iran, which fielded their U20 squad, on Thursday, had a slow start to trail 2-4 at the beginning of the opening set against Pakistan, but shortly after that, they picked up fine form. Mohamed Abdulla, who topscored with 21 points for the team in the tough match against Iran, helped the team catch up with Pakistan 6-6 and surge into a 13-11 lead, thanks to solid blocks from Mohamed Aldawiri and Mahmood Alafyah. 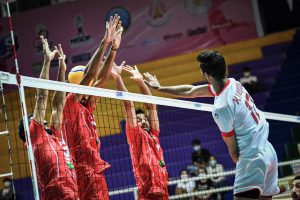 As the Pakistanis were errors-strewn with their reception and attacks, Bahrain went on their consistent play and good combinations to score four points on the trot to commandingly lead 17-11. Powerful hitter Mazhar Ali gave Pakistan a strong comeback 16-18 with his spectacular attacks, but Bahrain roared back heavily. Naser Anan and Mohamed Abdulla came up with hard attacks from both wings to help lift the team’s 25-18 victory in the set. 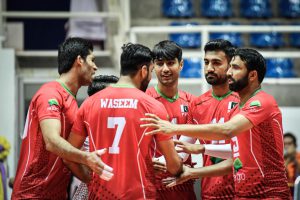 Bahrain still led initially 10-9 in the second set before Pakistan bounced back, utilising sharp spikes from Mazhar Ali and Fahad Raza to close the margin at 13-13 and 19-19. It became a competitive competition shortly after that when both sides played more aggressively. Levelling 23-23, Pakistan went ahead 24-23 with an ace serve from sub-in Mahmood Ahmed, but unfortunately, they let the set win slip through their fingers. Bahrain came back to catch them at 24-24 and again 25-25 before bagging the remaining two points to take the hard-fought set 27-25. 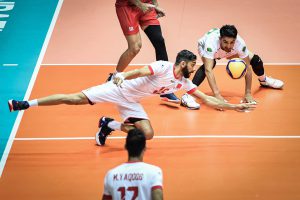 In the third set, Pakistan are a side packed with good skills and form, but too often they suffered from unforced mistakes and a lack of communication when the going gets tough, allowing the Bahrainis more scoring opportunities. Bahrain head coach Issanaye Ramiress Ferraz shuffled his lineup a lot, giving substitutions chances to play and gain valuable experience in this set. They stayed in front with a five-point clear at 18-13. Pakistan counter-attacked well to narrow the gap 17-23, but it seemed that their good fightback came too late. Bahrain continued their good show to win the set 25-20 and match. 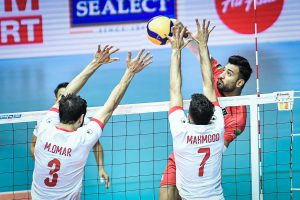 Mohamed Abdulla chipped in with 14 points, all from his powerful attacks for Bahrain, while Fahad Raza led Pakistan with 12 points including 11 attacks. 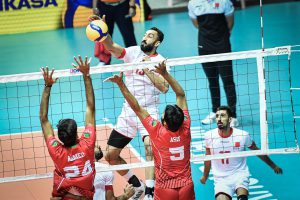 “It was a difficult match for us as some players in my team are tired. Regarding our teamworks, I think we can do better than this in sideouts and attacks. We have to wait for the next match between China and Iran to make sure if we can make it to the semifinals,” Bahrain head coach Issanaye Ramiress Ferraz commented after the match. 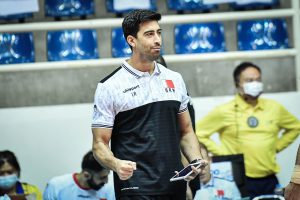