Dhaka, Bangladesh, November 9 , 2019 – Bangladesh delighted around 4,500 home fans inside Shaheed Suhrawardi Indoor Stadium with their first-ever victory in an international tournament as the host side mercilessly crushed Afghanistan in a totally one-sided encounter in the curtain-raisers of the “Bangamata” 2019 Asian Senior Women’s Central Zone Volleyball Championship on Saturday. 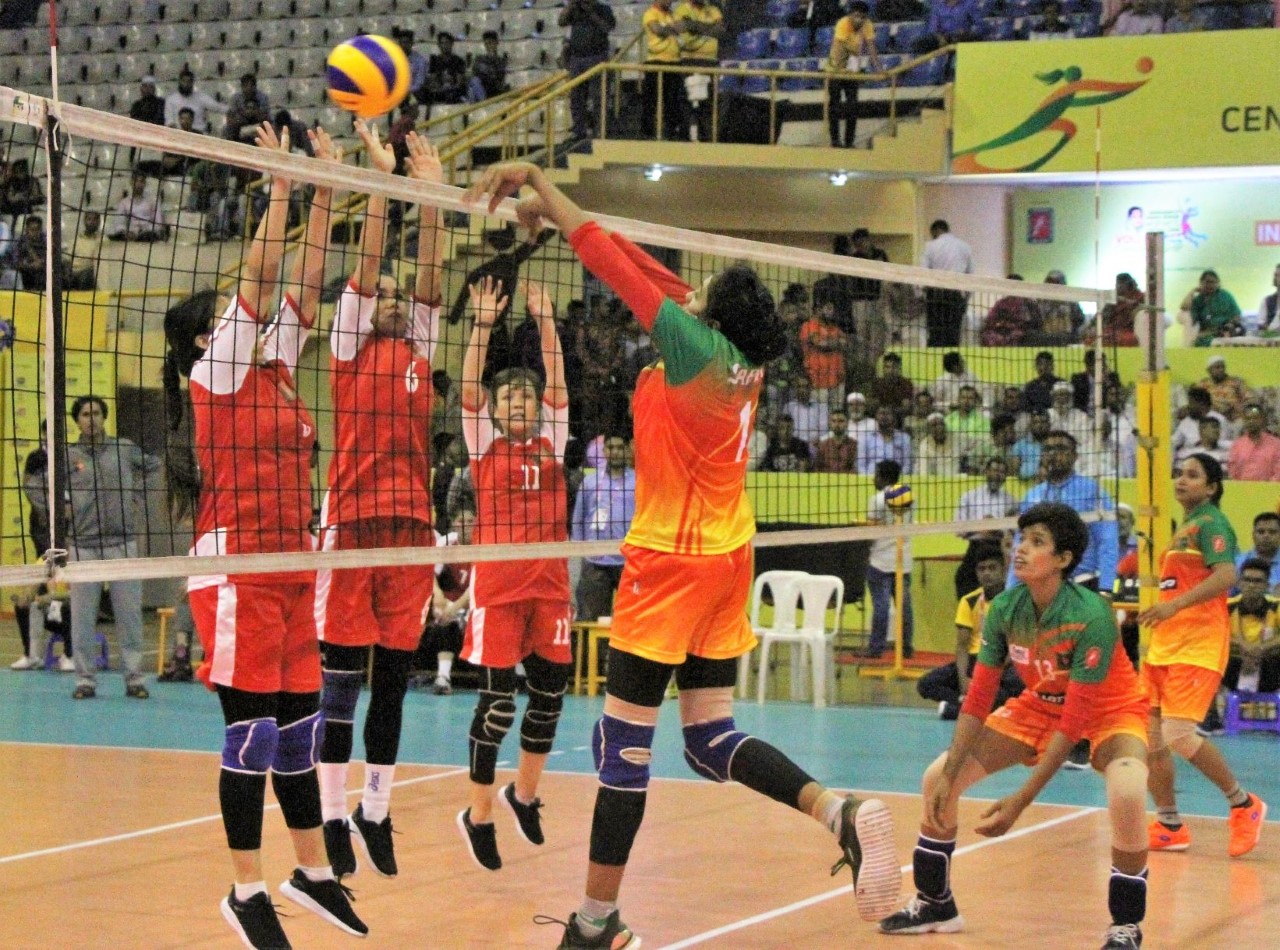 After conclusion of the five-day preliminaries, top two teams will battle it out in the final showdown for gold medal on Thursday. Teams finishing third and fourth places in the preliminaries will vie for bronze medal in the third-place playoff. The awards presentation and closing ceremony will be held shortly after the end of the final match.

The tournament kicked off on Saturday, with Maldives, which finished a distant 14th place at the 2017 Asian Senior Women’s Championship in the Philippines, edging Kyrgyzstan in hard-fought five-setter 26-24 22-25 14-25 25-18 15-10 to taste their first victory. 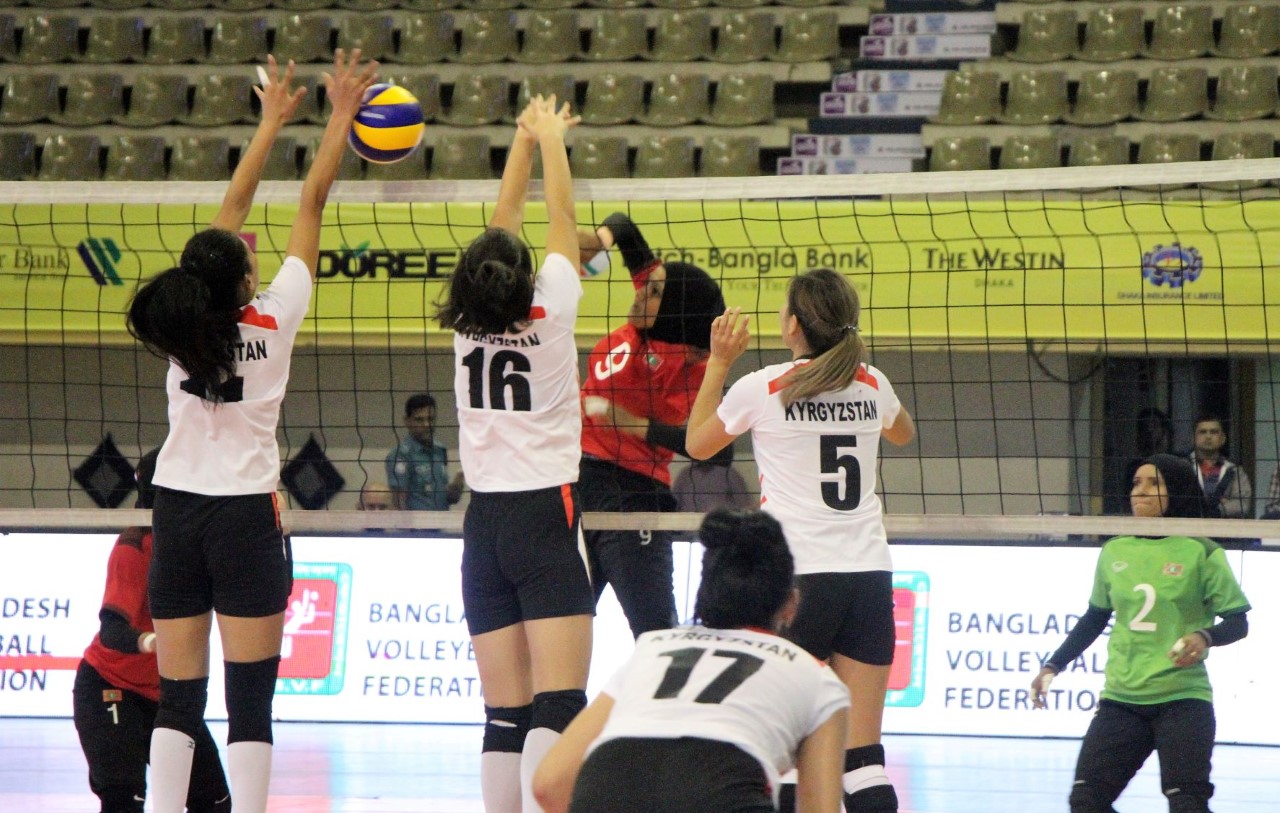 After that, the opening ceremony was held, with BVF President Md Atiqul Islam, himself Mayor of Dhaka North City Corporation, presiding and several key persons in attendance. All participating teams paraded inside the stadium to listen to welcome and opening speeches, followed by beautiful traditional dances by Bangladeshi performers. 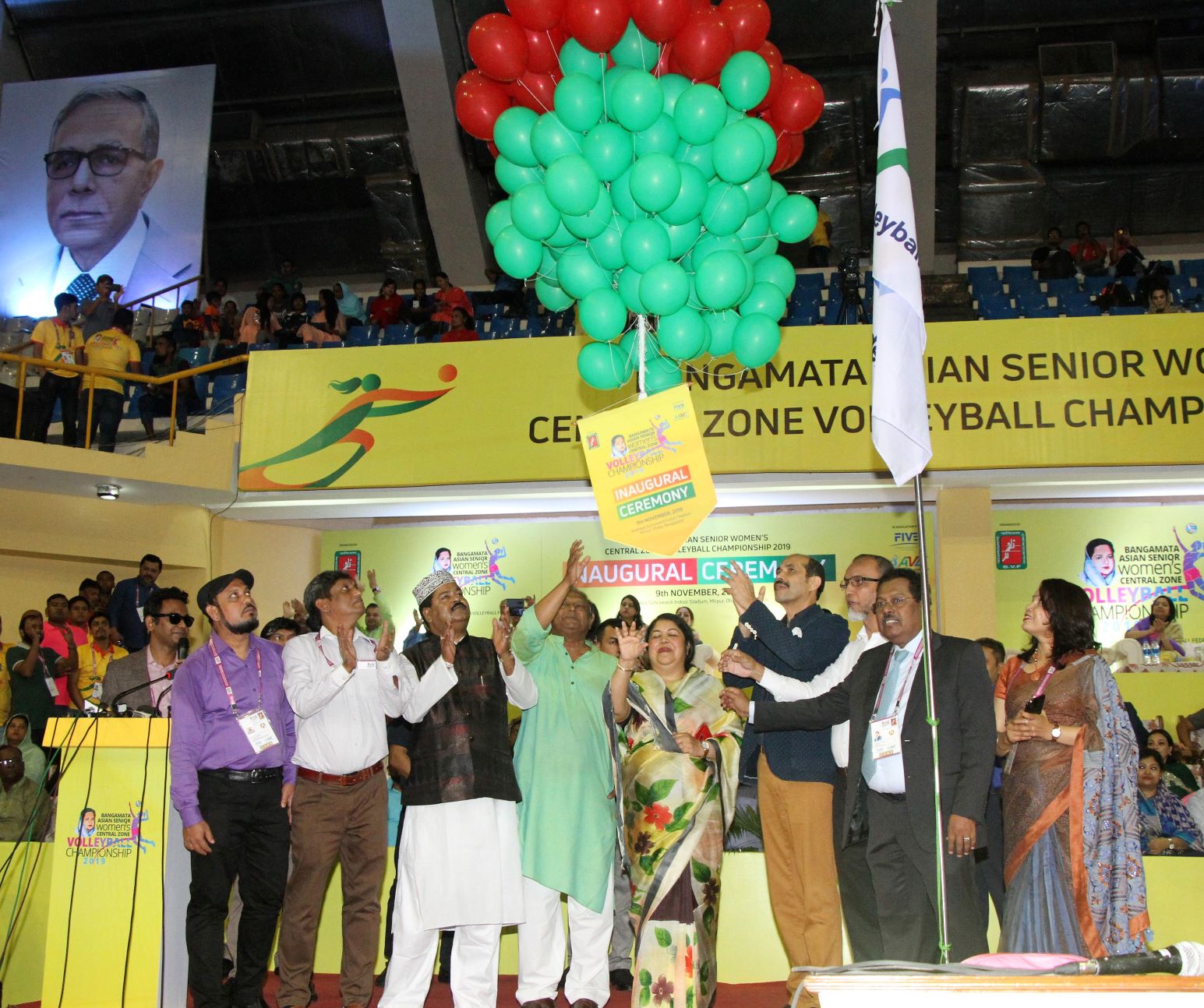 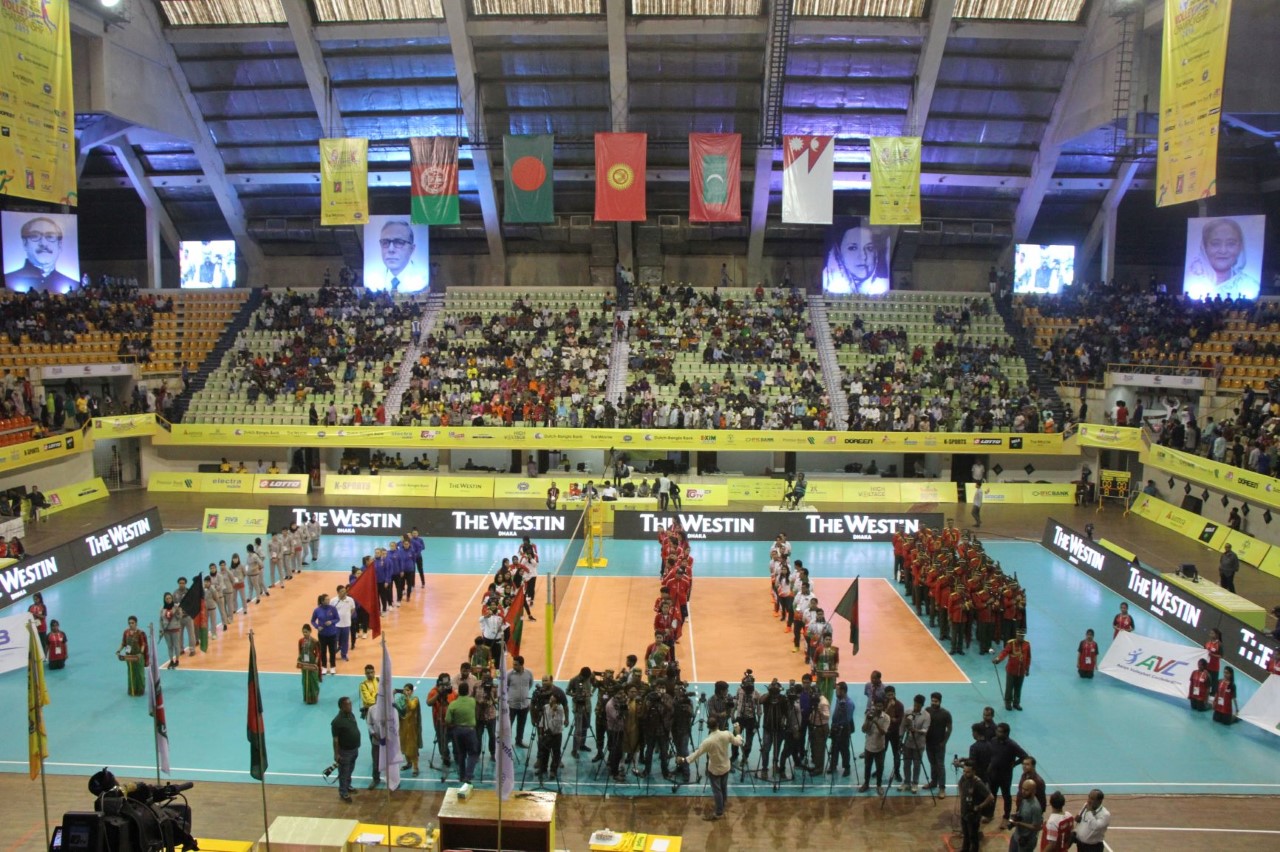 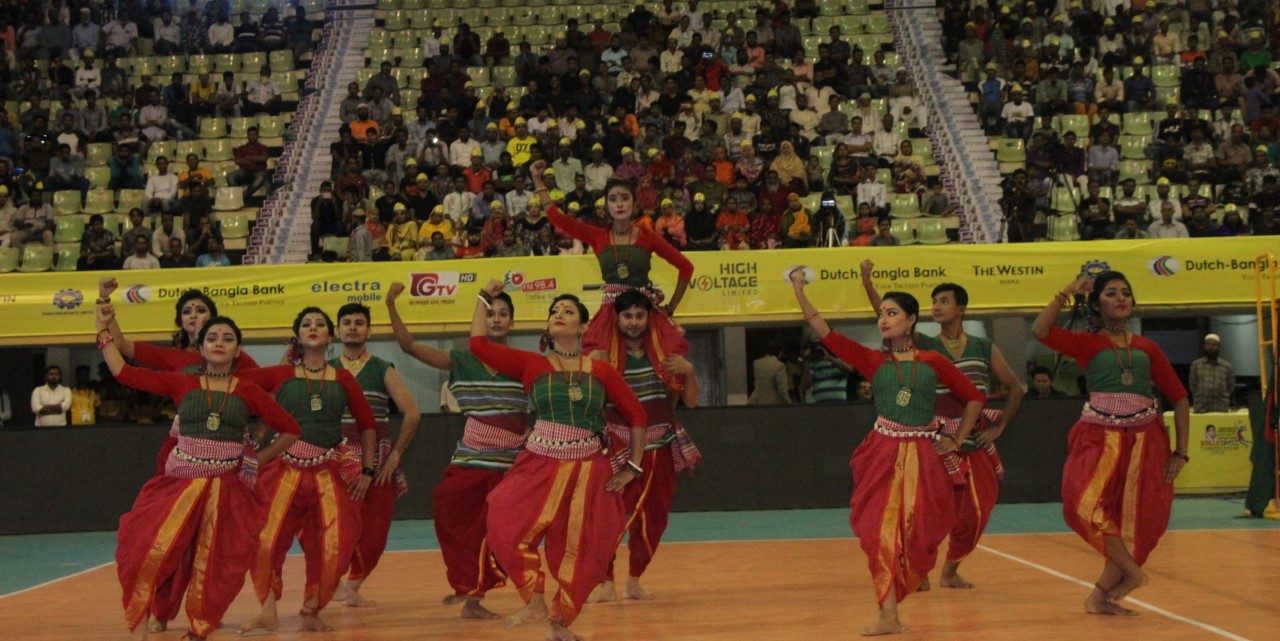 After the opening ceremony, the host side played their very first match in an international volleyball tournament. Cheered on by a large number of home crowd, Bangladesh performed impressively to brush off inexperienced Afghanistan in a totally lop-sided battle 25-9 25-9 25-3. 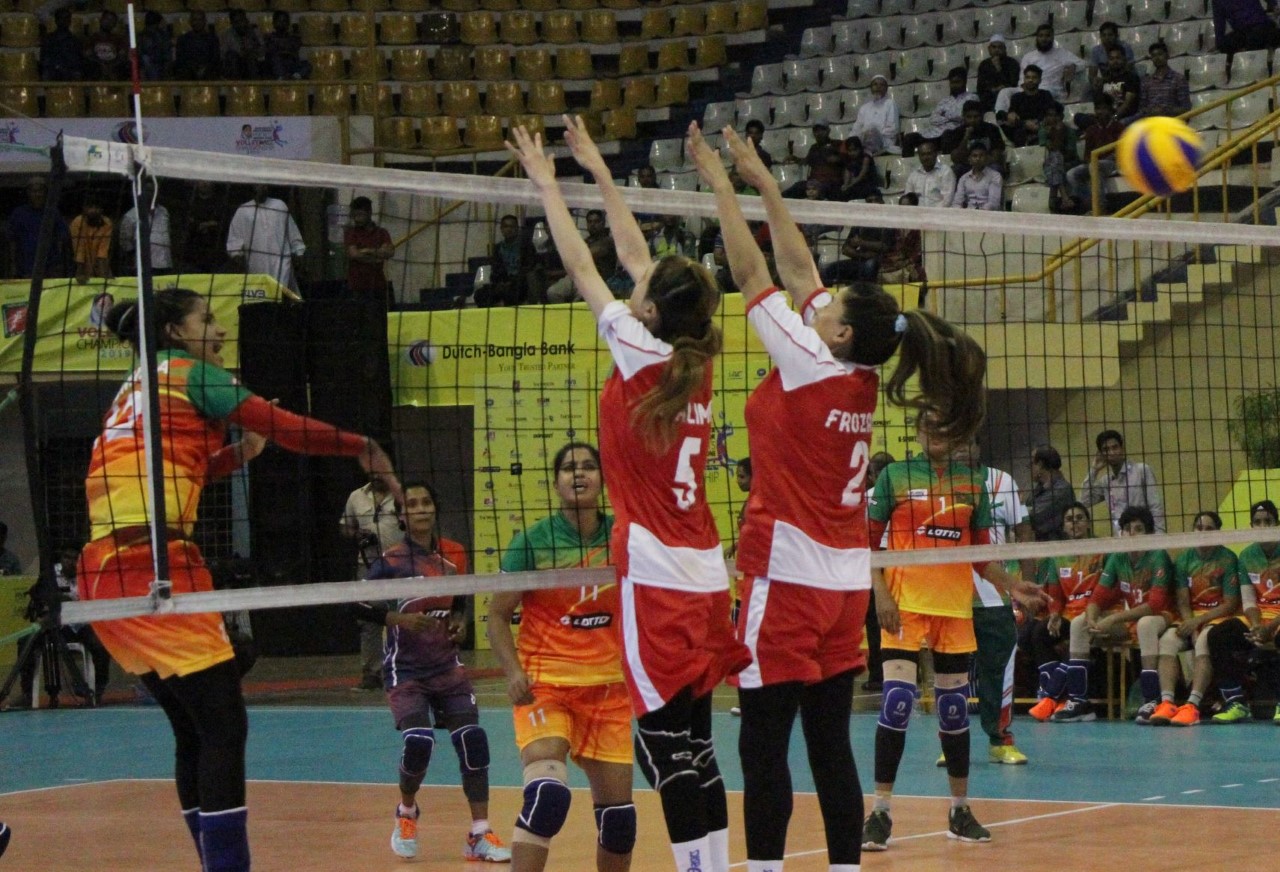 On Sunday, Nepal are due to test their mettle in their first match against Maldives, while Bangladesh will next take on Kyrgyzstan. Afghanistan will have a rest day.