Tel Aviv, Israel, November 8, 2019 – With Israel hosting its first-ever FIVB Beach Volleyball World Tour event in the 34th season of internationally-sanctioned beach volleyball events, it is only fitting that Sean Faiga and Netanel Ohana became the first men’s team from the country to advance to the semifinals of an FIVB event. 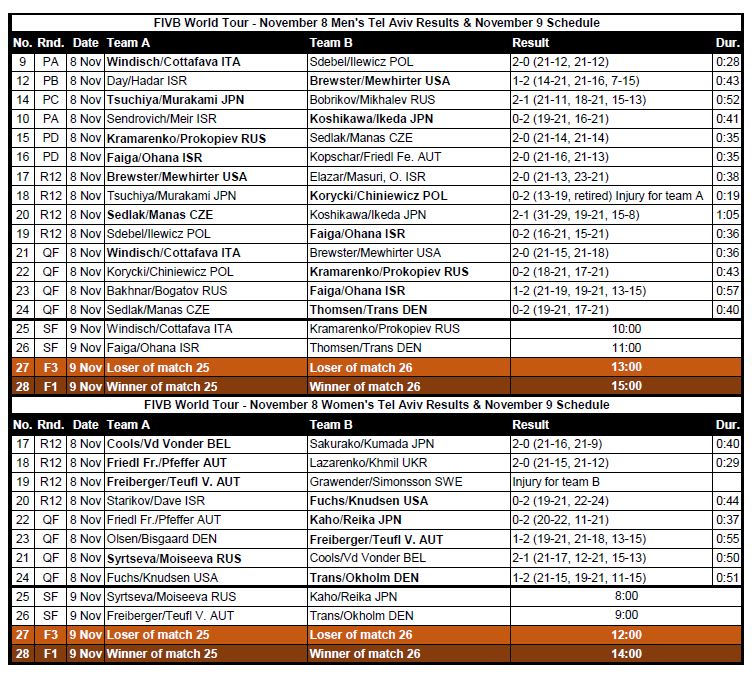 Seeded fourth in the men’s Tel Aviv event, Faiga and Ohana rebounded from an opening match setback Thursday on Frishman Beach to post three elimination wins here Friday over pairs from Austria, Poland and Russia to advance to Saturday’s semifinals.

The previous best by a men’s team from Israel on the FIVB World Tour were fifth-place finishes by Faiga and Ariel Hillman at events in Argentina (2014 Parana), South Africa (2014 Mangaung) and Brazil (2016 Fortaleza, Brazil).

The women’s final four Saturday morning is comprised of teams from Austria, Denmark, Japan and Russia as three of the four pairs are top-seeded tandems in the competition with both semifinals matches featuring a revenge story-line.

Saturday’s first semifinal pits second-seeded Alexandra Moiseeva/Ekaterina Syrtseva of Russia against third-seeded Reika Murakami/Kaho Sakaguchi of Japan.  In Korea four months ago, the Russians posted a 2-1 (15-21, 21-17, 15-12) gold medal win in 45 minutes over Murakami and Sakaguchi at Daegu on July 14. 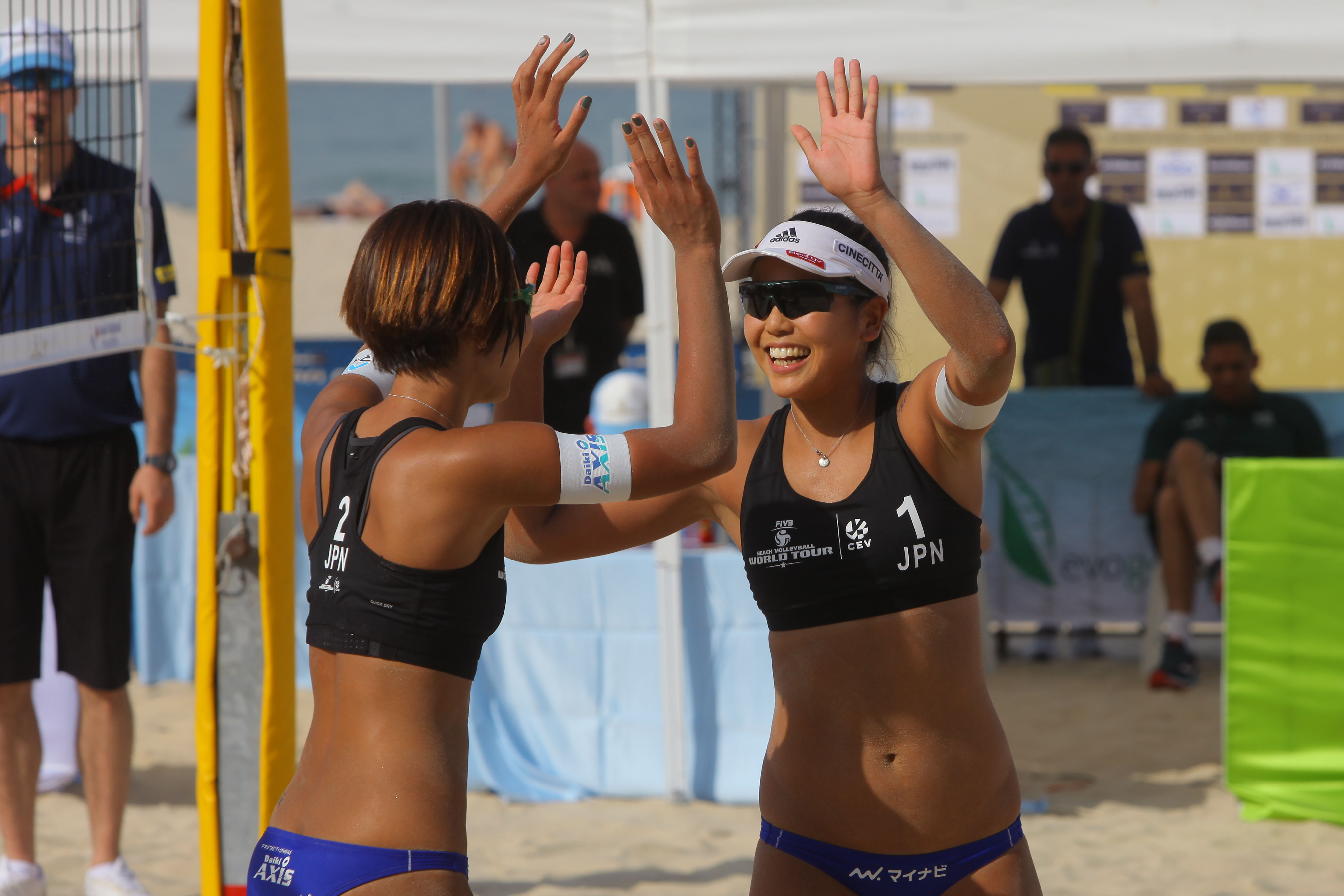 The second women’s final four match has eighth-seeded Line Hansen/Okholm Hansen of Denmark challenging top-seeded Eva Freiberger/Valerie Teufl of Austria for the second time this week.  On Thursday in a Pool A deciding match, the Danish pair posted a 2-1 (21-18, 18-21, 15-10) victory in 54 minutes over Freiberger and Teufl.

Saturday’s Tel Aviv schedule concludes with the medal matches in the afternoon. The Tel Aviv event is the third men’s and second women’s tournaments on the 2019-2020 FIVB World Tour calendar. International action continues next week in Qatar for a men’s only event in Doha and in Mexico for a double gender tournament in Chetumal.