With the medal matches to be staged late Sunday afternoon, the morning semifinals will have Wang/Wen meeting Sakaguchi/Suzuki before Traballi/Zuccarelli challenge Horta/Angela in the first-ever FIVB World Tour matches between the teams. 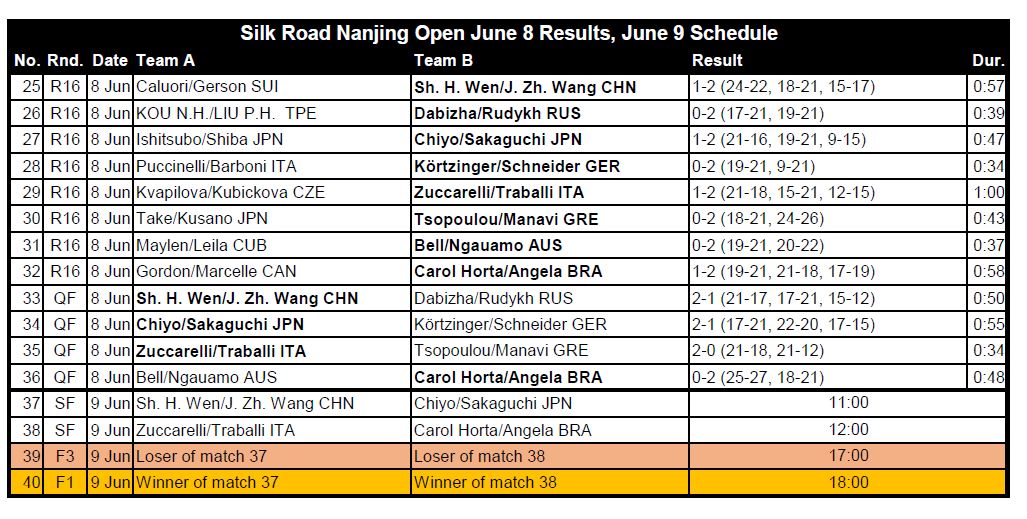 Wang and Wen, who defeated Horta/Lavalle last week in Nantong for the Chinese pair’s second World Tour gold medal this season, advanced to the semifinals with a 2-1 (21-17, 17-21, 15-12) quarterfinal win in 50 minutes over fifth-seeded Ksenia Dabizha/Daria Rudykh of Russia. 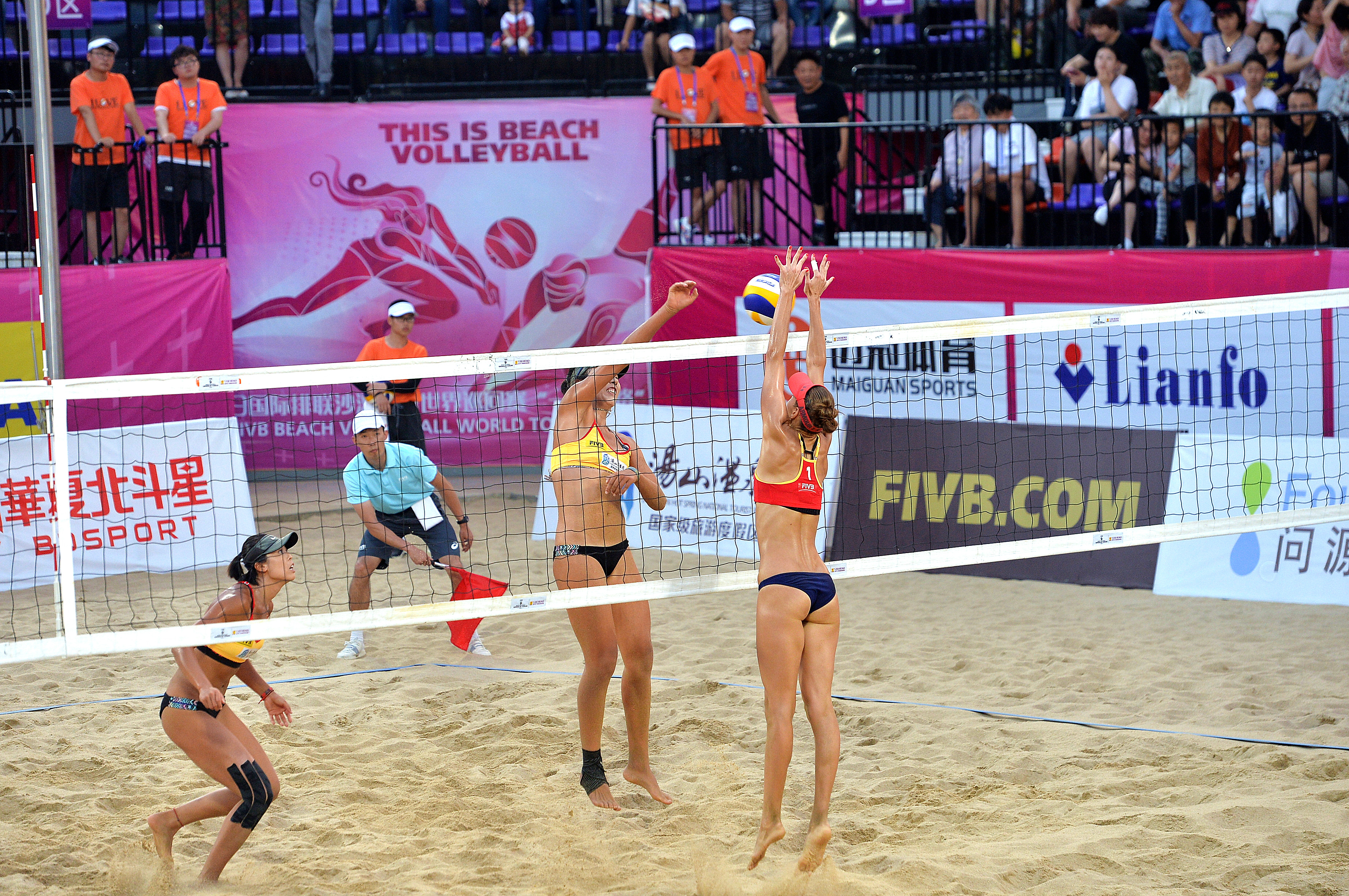 Sakaguchi and Suzuki, who captured a FIVB silver medal earlier this season at the end of February in Visakhapatnam, India, gained a spot in the final four by ousting ninth-seeded Leonie Kortzinger/Sarah Schneider of Germany 2-1 (17-21, 22-20, 17-15) in a 55-minute quarterfinal match.

Gaia Traballi and Zuccarelli, who placed fifth in the 2018 Silk Road Nanjing Open, advanced to Sunday’s play with a 2-0 (21-18, 21-12) quarterfinal win in 34 minutes over 19th-seeded qualifier Dimitra Manavi/Konstantina Tsopoulou of Greece.

In the final quarterfinal match on Saturday, Horta and Angela posted a 2-0 (27-25, 21-18) victory in 48 minutes over second-seeded Phoebe Bell/Jessyka Ngauamo of Australia. 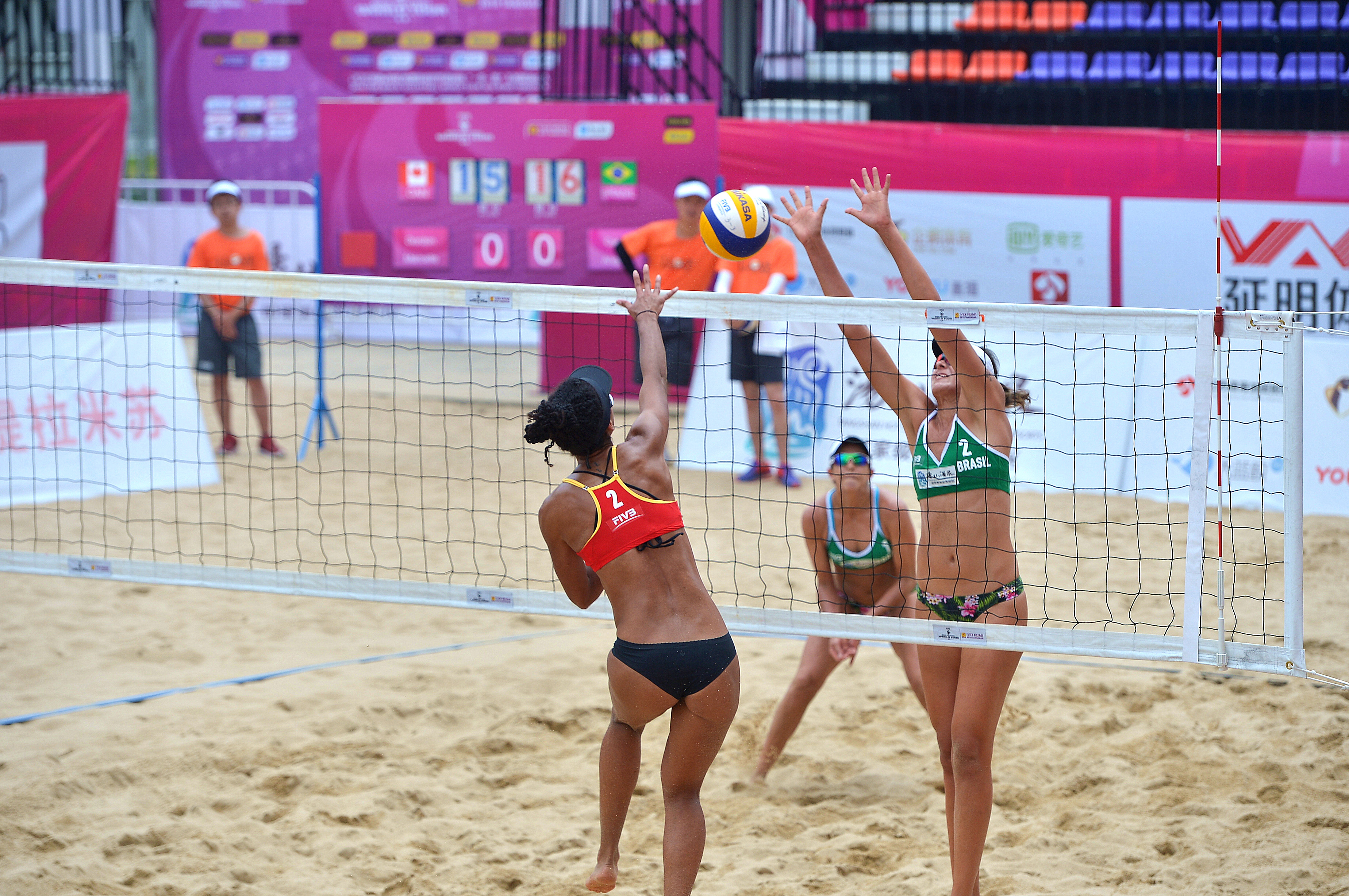 The Silk Road Nanjing Open is the seventh of nine international beach volleyball events to be played in China this season as the final four teams seek the $4,000 first-place prize at the FIVB World Tour event.