Doha, Qatar, March 11, 2020 – Michal Bryl and Grzegorz Fijalek had to push themselves to the limit to reach the FIVB Beach Volleyball World Tour 4-Star Katara Beach Volleyball Cup quarterfinals on Wednesday with a come from behind win over Aleksandrs Samoilovs and Janis Smedins. 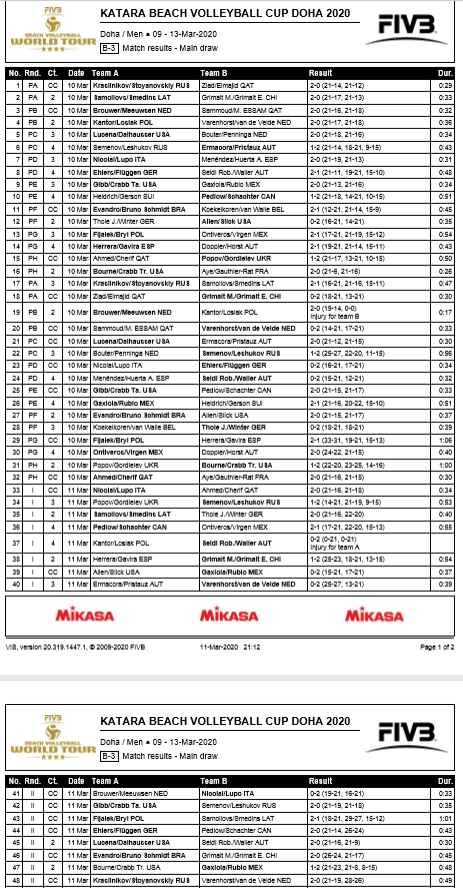 The Polish pair faced three match points in the second set but held on to draw level with the Latvians before they took control in the tie-break early on and held it to the finish.

“It was a really nice game because it was a high level,” Bryl said. “Everybody played really well, and we gave everything, we tried, we tried, and we tried and then we won. I still don’t believe it and now we will think about tomorrow.

“It is never easy against this team, they played so well. It is always a fight against them and today we were the winners.”

Joining them in the quarterfinals are Taylor Crabb and Jacob Gibb who are one of two USA teams, along with Nick Lucena and Phil Dalhausser, to progress.

“Any time you get a win out here it is great because they are all great teams,” Crabb said. “It definitely feels good to be in the first tournament of the year.

“I think we’re still building off our last tournament, Chetumal, our first win and we want to keep that going. We’re feeling very good and want to go deep in the competition.”

The men-only tournament is running from March 9-13 at Katara Cultural Village in the north of the city. It is the second of nine 4-Star events on the 2019-2020 calendar and the winners will leave with 800 ranking points. 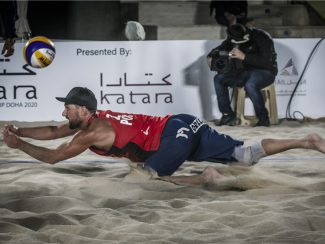