Since Lang stepped down as head coach on September 1, 2021, the team hasn’t nominated her successor.

Cai had coached the youth national team for 10 years before stepping into the senior squad in 2009. After a short term, Cai continued his career in the clubs and sharpened Jiangsu as a powerhouse in the Chinese Women’s Volleyball Super League.

“Thank everyone for their support; it’s my honor which propels me to spare no efforts to do my job,” said Cai.

“I will work on the roster immediately and the priority is to cultivate the fighting spirit,” he added.

At last summer’s Tokyo Olympics, China failed to defend its crown after unexpectedly failing to progress through the group stage. 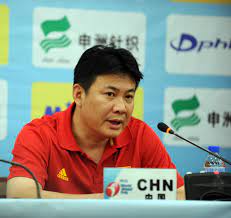 The Chinese Volleyball Association (CVA) website volleychina.org has released an announcement on February 3 on the results of the selection and appointment of the new head coach of the China national women’s volleyball team.