Bangkok, Thailand, July 16, 2020 – As the massive global Covid19 outbreak has brought Asian volleyball activities to a complete standstill with countries imposing tight air travel restrictions, AVC has just made an unprecedented move on Thursday, deciding to cancel all 2020 AVC senior competitions and postpone all Asian Underage Championships to next year.

AVC has earlier circulated information and updates to host countries and participating federations concerning the staging and possibility to participate in the 2020 Asian Championships, but received immediate responses from the NFs that international flights remain restricted to most international airports, while there are also major restrictions on incoming travellers.

The global Covid19 pandemic has made a potential impact on hosting the 2020 AVC competitions. With Asian countries extending their lockdown restrictions, the quarantine measures and international airlines halting their flights, the AVC Cup for Men and Women, the Asian Men’s and Women’s Clubs Championships and all AVC Beach Tour events have been cancelled, while Asian U19 Beach Volleyball Championships, which are supposed to take place in the period between August and October, look difficult and have to shift the commencement to next year.

Learning that the participating federations cannot travel until the end of 2020, the AVC Board of Administration has come to a decision to cancel all 2020 AVC senior competitions except the Asian Underage Championships, four of which have been postponed to 2021. Following the decision, AVC has on Thursday, July 16, circulated the updated information to all AVC affiliated NFs to confirm the cancellation and postponement of 2020 AVC Championships. 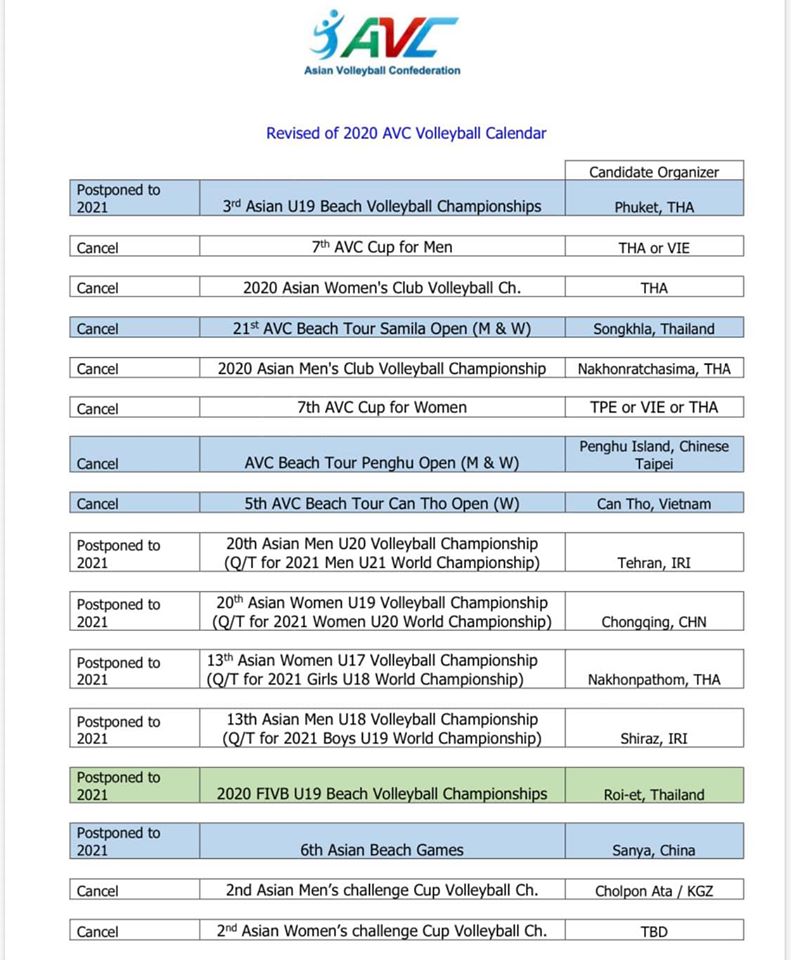 In Option 1, AVC has proposed FIVB that they extend the December 31 deadline for the organisation of the Asian Underage Championships to February 28, 2021, reasoning that AVC has been confirmed by several federations that their governments allowed them to participate in international events from 2021. If this Option is possible, AVC will later confirm the host countries and participating federations within November 1, 2020.

At the same time, AVC has proposed the draft of the 2021 AVC Competition Calendar, which is in accordance with the 2021 FIVB Calendar and has been agreed in principle during the July 8 online meeting chaired by FIVB General Director Mr Fabio Azevedo and attended by FIVB and AVC Executive Vice President Mr Essa Hamza, FIVB BA Member and AVC Secretary-General Mr Shanrit Wongprasert and Mr Luis Alexandre Pontes Rodrigues, FIVB Director for Asia and Oceania. 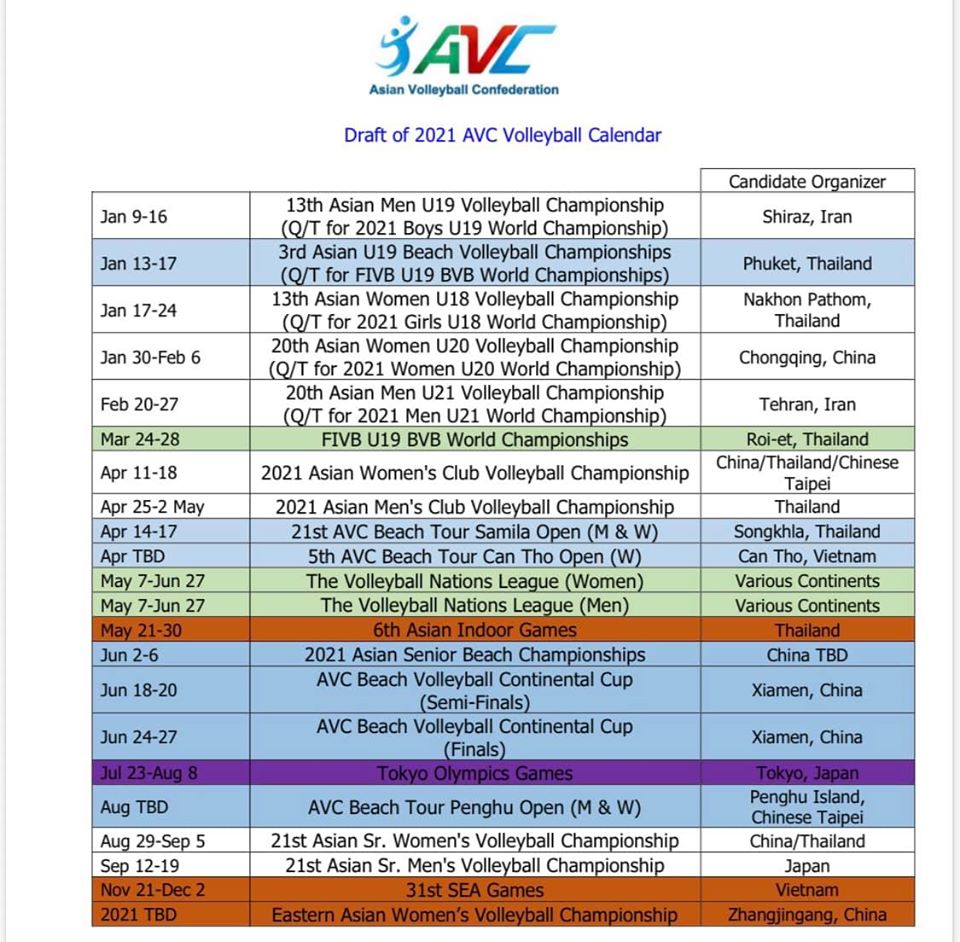 AVC has also informed all affiliated NFs that the AVC General Assembly is likely to be held in mid-October 2020. However, due to the unstable Covid19 situation, the specific date of the Assembly will be reconfirmed ahead of the new date of FIVB World Congress, expected to be announced by FIVB within August 2020. For the delegations’ convenience, AVC will confirm all AVC affiliated NFs at least two months prior to the AVC General Assembly in order that they can apply for entry visa and issue the air tickets in time.

Cloud of uncertainty has loomed over the future of the AVC Championships since the outbreak of the deadly coronavirus has been first identified in Wuhan, China in December 2019. Major competitions both indoor and beach volleyball events have been put on hold, making cancellation and rescheduling the only options left.

AVC has been closely following the pandemic of the novel coronavirus on a daily basis since the beginning of January 2020 and also is in active communication with FIVB and AVC Board of Administration in an effort of continuing its activities and competitions on schedule as many as possible.

However, the Covid19 has still spread with alarming speed, reportedly infecting over 13.7 millions and killing up to 588,000 as of July 16. With the strict safety measures of FIVB and AVC to safeguard the health of athletes, everybody involved at the competitions and the Asian volleyball community in particular, AVC decided to cancel all 2020 AVC senior competitions and postpone the aforementioned Asian Underage Championships. 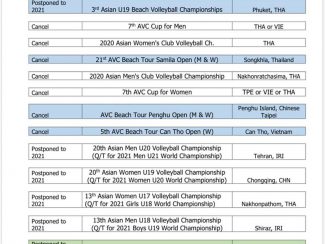 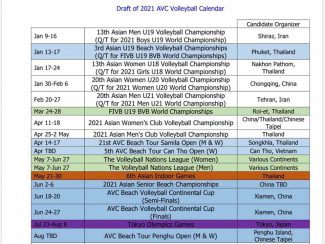 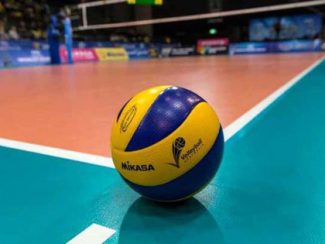