After eluding first set play with a three-point win against their compatriots, Cao and Dong showed a lot of resilience down the final stretch of the second set to turn things around as they trailed behind their rivals. Cao and Dong made some adjustments and managed to tie the score, extend the set and eventually conquer victory.

“It was a difficult match, but today we received their service nicely and my partner had a tall block,” Dong said. “There are very strong teams in this competition, also strong Chinese teams. For sure we will be able to learn many things here, but we also have to focus more on our own game.”

“We are a young team and in China there are so many other good, young teams,” Cao said. “Playing in this competition will teach us to learn from the teams of other countries, but also learn from our compatriots. We like Xue Chen because she is a fantastic athlete, she’s great and a very good role model to the young players.” 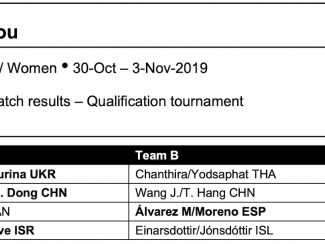 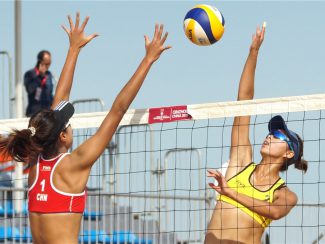