Lausanne, Switzerland, October 27, 2019 – For the next three weeks, the FIVB World Tour will stage beach volleyball events in four countries on two continents starting Wednesday in China with the US$150,000 Qinzhou Open where both men and women’s will be competing in the first double-gender event on the 2019-2020 schedule.

After the qualifying rounds Wednesday, the Qinzhou Open features pool play Thursday, elimination rounds Friday, the quarterfinals Saturday and the final four matches Sunday in the first women’s event on the 2019-2020 schedule and the second men’s tournament.

A total of 44 men and 38 women pairs will be vying for the $10,000 first-place prizes at the third annual Qinzhou Open along with qualifying points for the Tokyo 2020 Olympics where the Summer Games process ends in mid-June 2020 at a FIVB World Tour event in Rome, Italy.

Headlining the Qinzhou Open women’s field will be three-time Olympic and world champion Kerri Walsh Jennings with Brooke Sweat as the American pair will be seeking to improve their provisional Olympic ranking for Tokyo 2020 along with Germans Karla Borger/Julia Sude and China’s Fan Wang/Xinyi Xia. 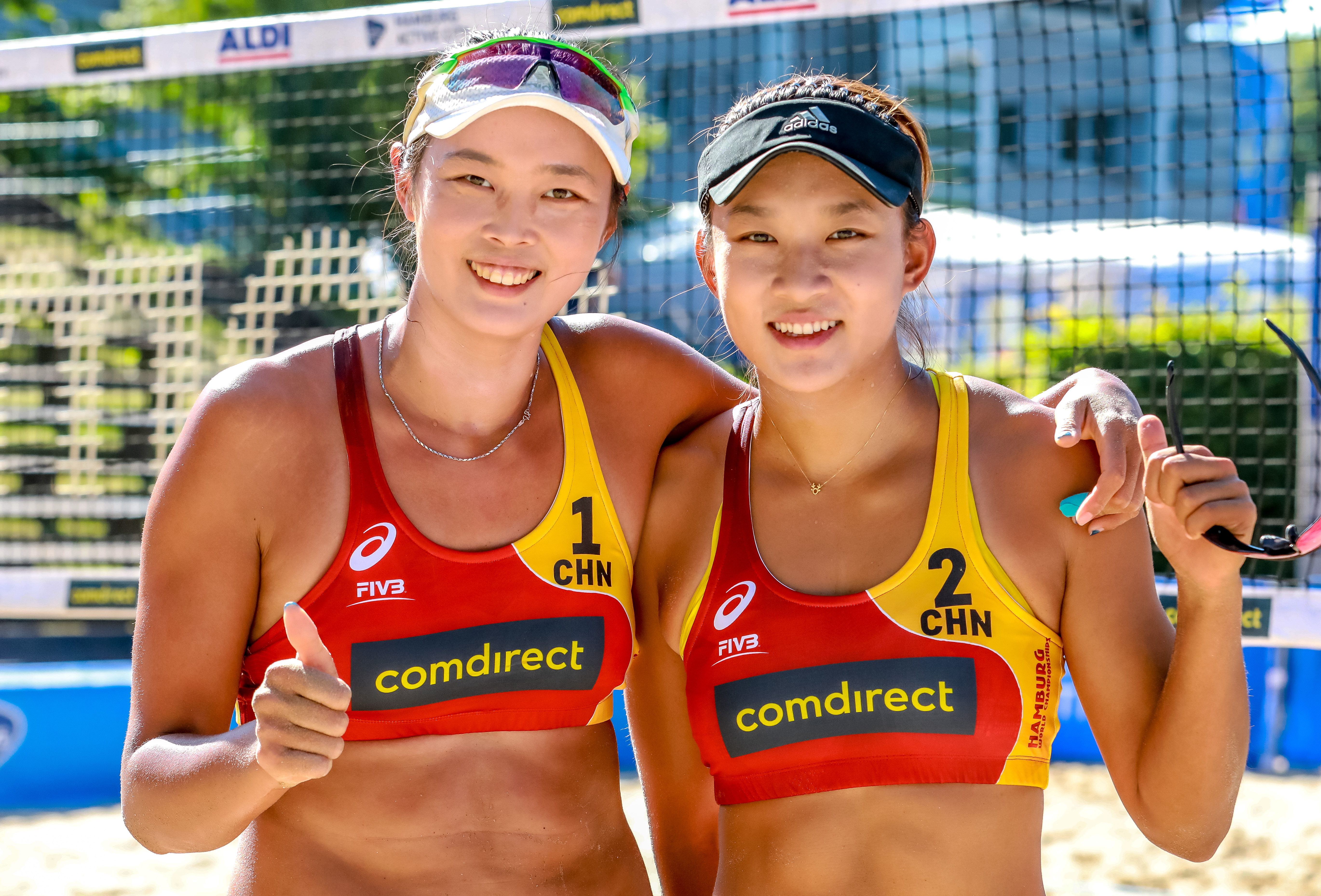 The featured pairs in the men’s Qinzhou Open will be Switzerland’s Mirco Gerson and Adrian Heidrich, who are ranked among the Tokyo 2020 provisional leaders.  Other top men’s pairs playing on the Qinzhou sand are Cole Durant/Damien Schumann of Australia, Peng Gao/Yang Li of China, Kusti Nõlvak/mart Tiisaar of Estonia and Quincy Aye/Arnaud Gauthier-Rat of France.

In international beach volleyball action this past weekend, an Olympic-bound pair from Brazil and a host country favorite in the women’s competition captured gold medals at the seventh CISM Military World Games in Wuhan, China. 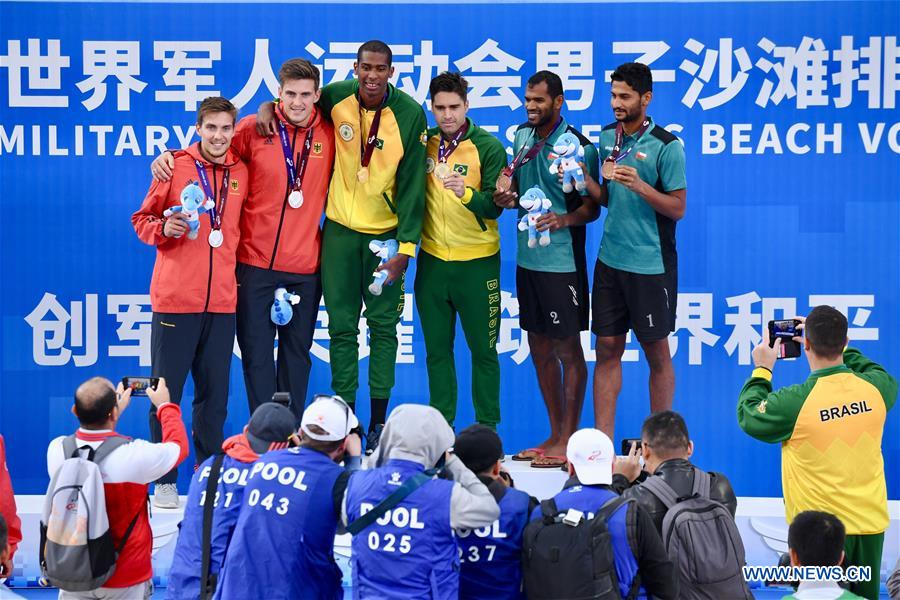 Wang and Xia captured the women’s gold medal with a 2-1 (22-20, 12-21, 15-9) victory in 58 minutes over Brazilians Talita Antunes and Tiana Lima.  Both teams were undefeated entering the title match as the Chinese pair posted a 5-0 record in the competition compared to Talita and Taiana’s 5-1 match mark. 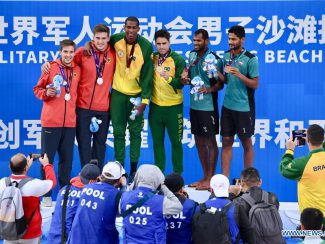 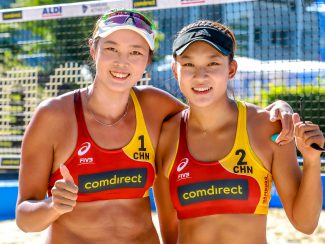 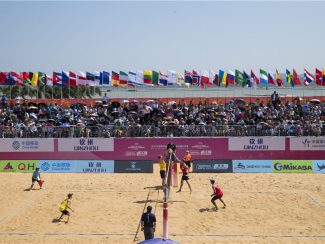