“This is the first FIVB World Tour I’ve ever played and the second time Mike (Boag) and I have played together, so to do that against the No.1 seed in the qualifiers is just awesome,” said an ecstatic Mewhirter. “It’s awesome to come out here and be in my first main draw. It’s the most fun volleyball I’ve played in a long time.

“In the third set, we went up pretty big at 8-4 and then we went out on some opportunities, then we were down. Our opponents had four match points, but Mike was just playing well and aggressively swinging. We stayed really calm and ended on the good side.” 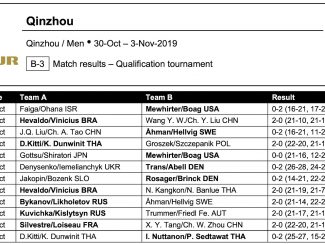 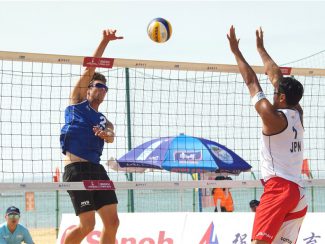