Daniel Castellani, Andrea Giani, Ferdinando De Giorgi, Lorenzo Bernardi and Vladimir Alekno were among the five candidates in the running to take the helm of Iran and Islamic Republic of Iran Volleyball Federation (IRIVF) narrowed down its candidates for National Team to two.

In a three-hour session, chaired by IRIVF President Mohammadreza Davarzani, with the participation of the committee members and experts in the federation’s headquarters on Sunday, the members reached a joint agreement on Castellani and Alekno.

Alekno led Russia to a gold medal at the 2012 Olympic Games and Argentina seized a bronze medal at the 1988 Olympics under leadership of Castellani.

Iran volleyball team are without a coach since parting ways with Montenegrin Igor Kolakovic in March.

In the next year’s Olympic Games, Iran have been drawn in Pool A along with Japan, Poland, Italy, Canada and Venezuela. Pool B consists of Brazil, USA, Russia, Argentina, France and Tunisia. 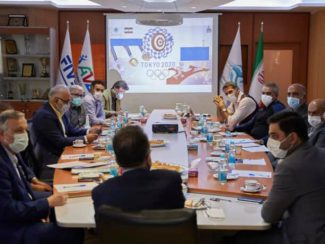