Bangkok, Thailand, October 20, 2020 – Chan Min-Han has established himself as the best player in the age-group level, scoring on every opportunity and playing great defense while leading Chinese Taipei to their maiden title at the 2019 Asian Men’s U23 Volleyball Championship in Nay Pyi Taw, Myanmar. 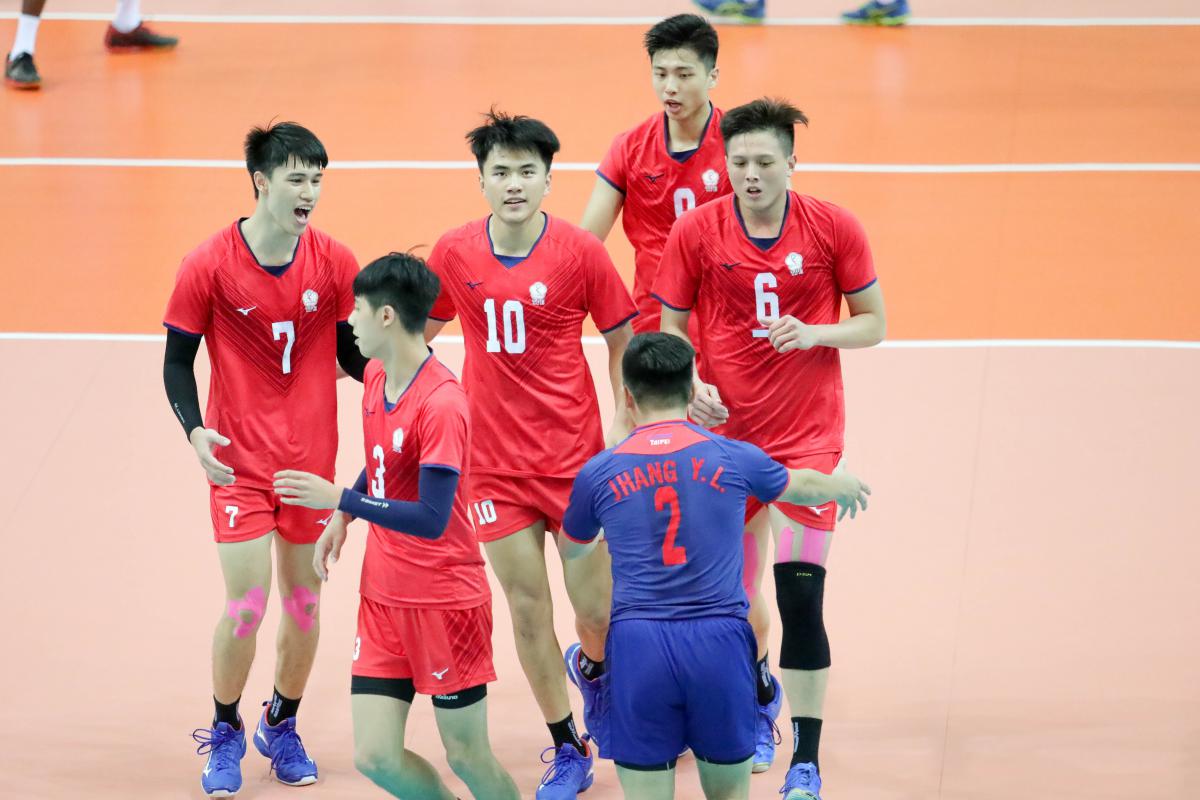 But while his MVP performance illustrates his star status, he contributes to Chinese Taipei’s success by being the best team player and leader whose competitive spirit rubs off on everyone in the squad.

“Winning the MVP award at the 2019 Asian Men’s U23 Volleyball Championship is my biggest achievement so far, but I think winning the MVP award is nothing without a championship title. I received the award as captain, and I think the award belongs to the entire team. For me, everyone in the team is the MVP since we all did our job to achieve the title. 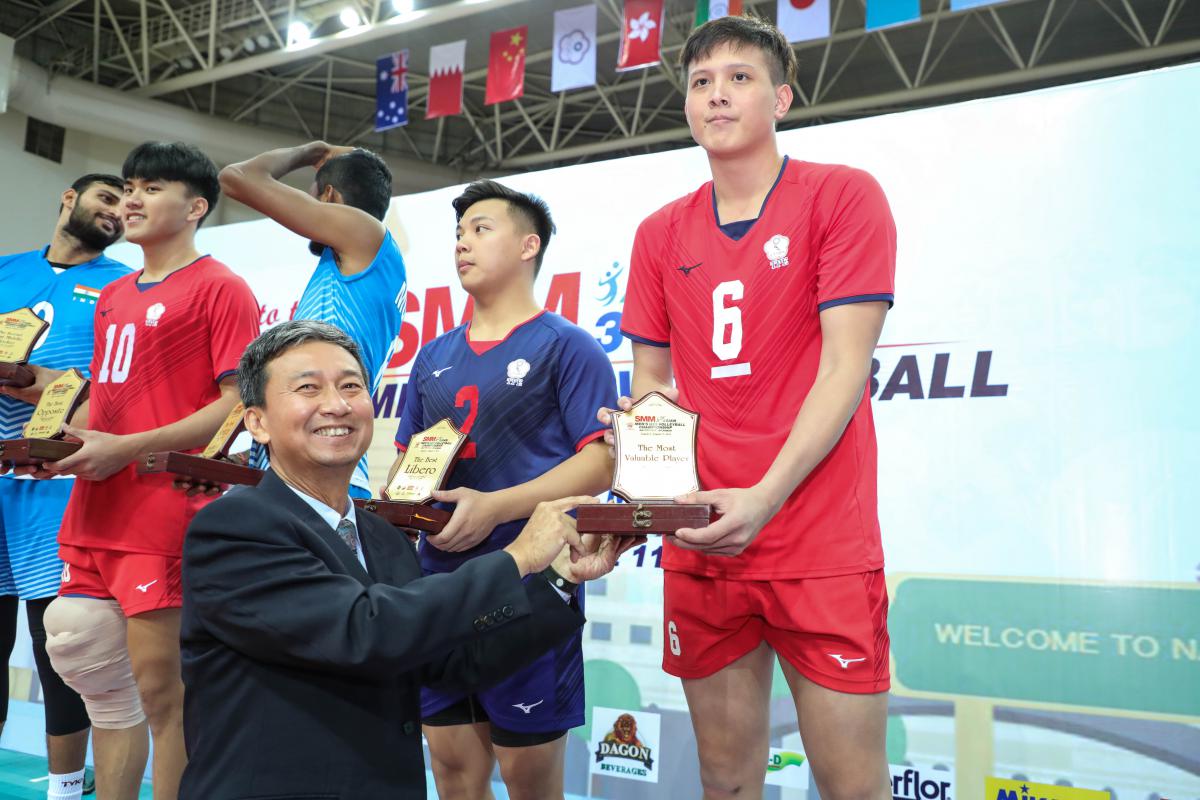 “I believe that it’s our teamwork. Volleyball is not an individual sport. Having one good player in the team doesn’t mean the whole team would be good. I learned how to supervise and compete along with my teammates in training. Reviewing mistakes and discussing them after training also made me keep on improving. All of these are essential qualities that you need in the team.”

At the U23 level, Chinese Taipei are second to Iran in title wins, as the latter won two gold medals and the former made two bronze medal finishes in the first two editions. After these third place finishes in 2015 and 2017, their sole match defeat in 2019 became their motivation that helped them grab the opportunity to move up to the top podium. 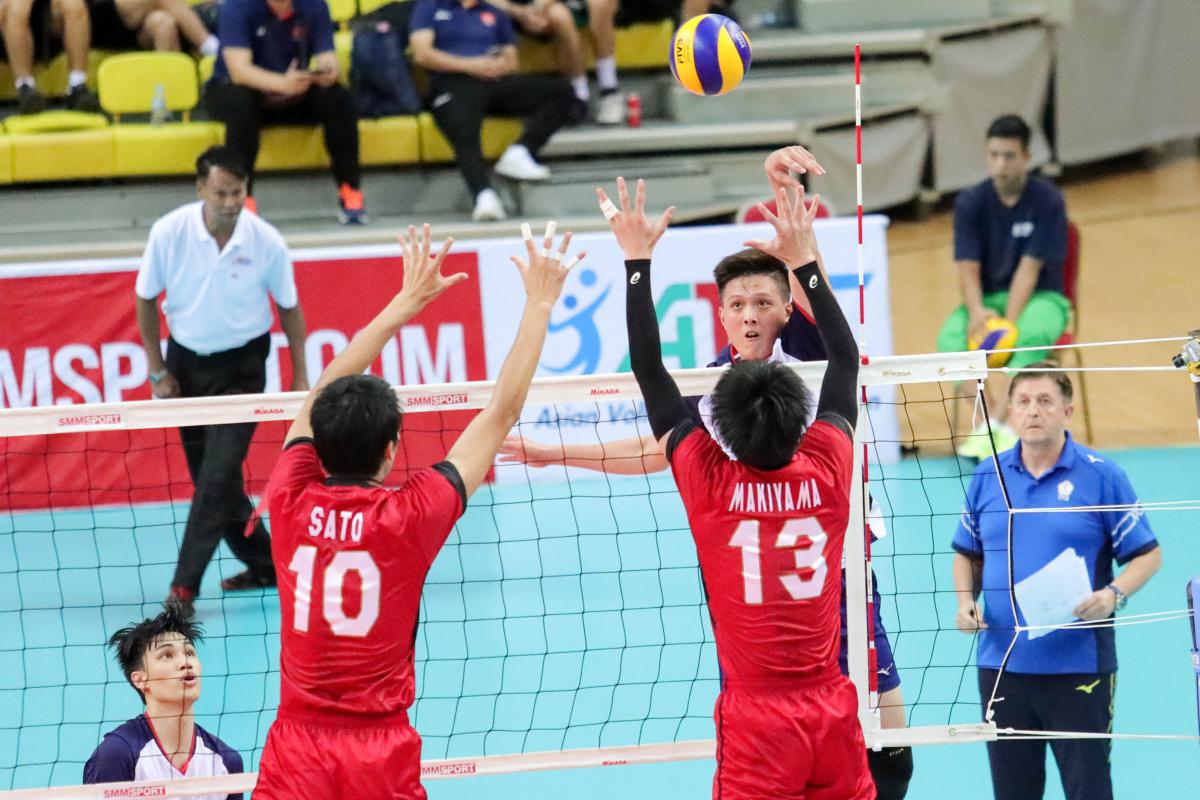 “At first we aimed at the bronze medal because our team won bronze in the past two editions. But we felt that we had a long way to go when we lost to Pakistan in the first round of pool play.

“On our rest day, we had a meeting and did some recovery and individual adjustments. After that we won the succeeding matches and earned gold. We had taken that pressure of defeat and converted it into motivation. I think that was our turning point in the tournament.”

Chan made his debut for Chinese Taipei in 2014 and spent the next five years honing his skills while looking up to his seniors. His vision turned to reality a couple of weeks after winning the Asian U23 Championship, when he was called to join the senior national team at the Asian Championship in Iran. 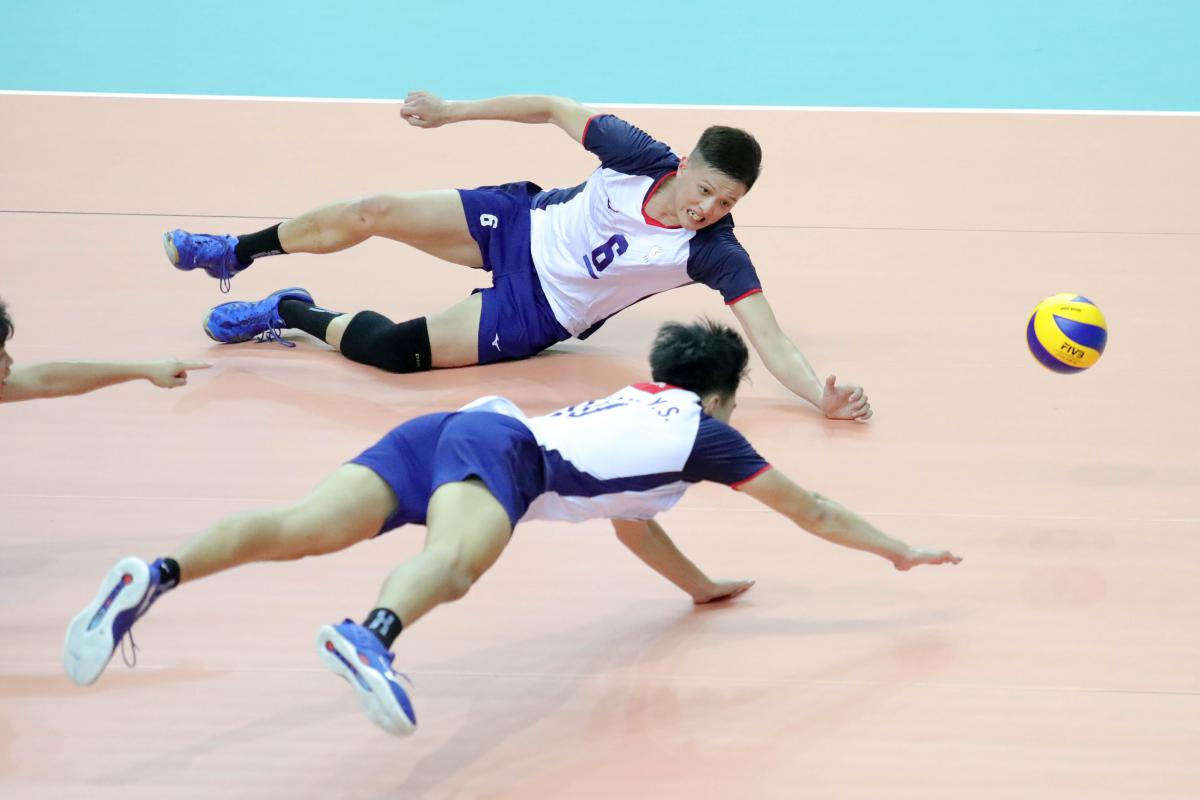 “The first tournament I joined was the 10th Asian Youth Boys’ Volleyball Championship in Sri Lanka in 2014. I felt a sense of accomplishment to represent my country for the first time because I used to watch the seniors go overseas to compete. At that moment, I felt that it was my turn to show my capability and it was all worth the hard work in the end.

“Apart from improving my skills, I learned how to manage pressure and control my emotions. I was young and aggressive then, but sometimes the key to win the match is to stay calm.

“At the 20th Asian Senior Men’s Volleyball Championship in Iran, which was my very first senior level tournament, Chinese Taipei Volleyball Association entrusted the team to coach Branislav Moro to allow us to learn foreign training methods and gain experience from competitions. 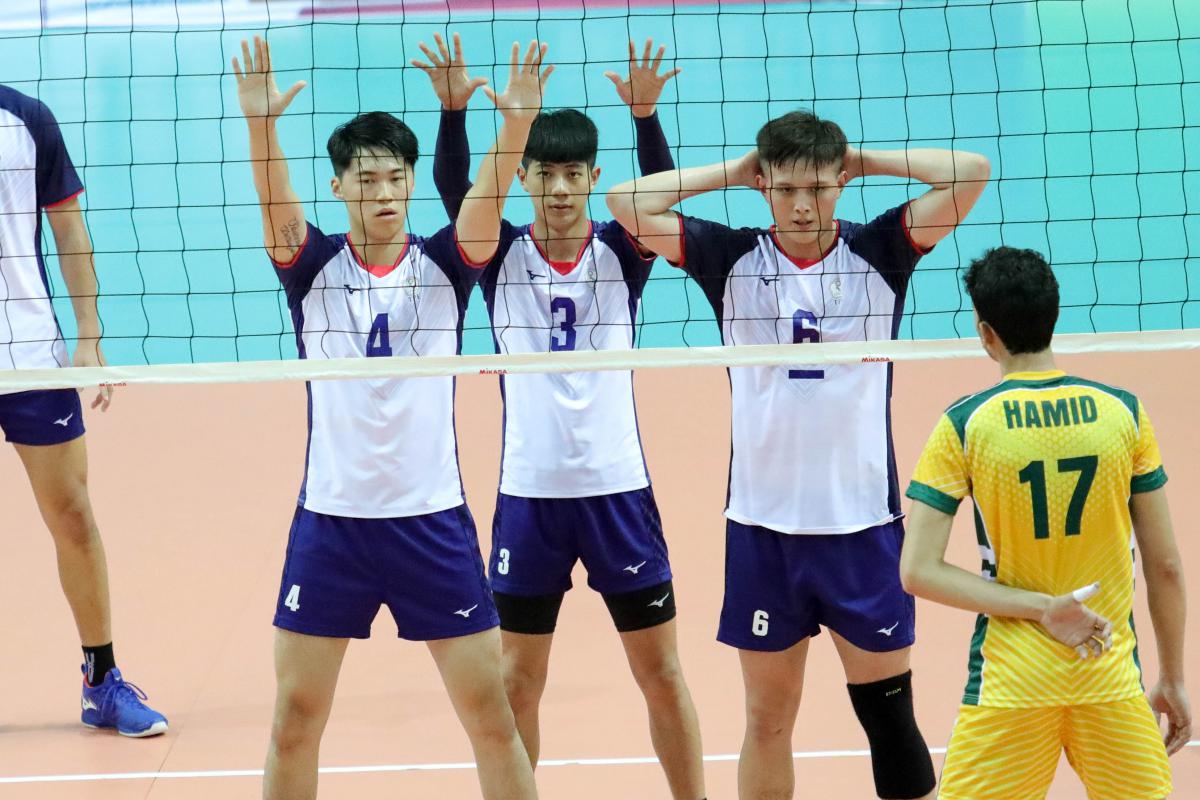 “Even though I am quite apart in age from some senior players, it was a great honor to be in the same team with them. They were already club players when I was only in junior high school. For me, 2019 was a year full of good memories. We worked hard together to achieve good results in 2019 and we will continue to work harder and let the world know more about the Chinese Taipei team.”

Having the ability to being out front and ensuring he has the pulse of the team is such a dream for any player, but Chan’s leadership inspiration comes from one of his predecessors.

“My favorite Chinese Taipei player is Wang Ming-Chun. Although we are different in position and dominant hand, his leadership and skills are the reasons why I like him so much. Most importantly, he’s the one who shares his experience and guides me through whenever I suffer a setback.”

He also takes inspiration from Serbian player Uros Kovacevic, who plays the same position and is also a left-handed player.

“As for foreign players, my idol is Uros Kovacevic of Serbia. He and I play the same position with the same dominant hand. I watch his videos on YouTube after practice. Whether it’s on attack, defense and ball control – he is way better than me. That’s why I can learn from him by observing how he plays.”

Chan puts his trust on his Serbian mentors who took him under their wing to ensure that he will transition into something bigger and better for the senior national team in the future.

“At the Asian Men’s U23 Championship, coach Branislav Moro and assistant coach Dejan Vujevic analyzed our opponents’ videos in advance, which made it easier for us to understand our opponents’ weaknesses and moves. With this useful information from coaches, we could think of our strategy during practice.

“As for strength training, we have strength and conditioning coach Milos Acimovic who gave us a customized weight training program. And then coach Dejan taught us concepts on volleyball matches and technical training. Coach Moro is always demanding to focus on basic techniques, which have helped us play more smoothly in the competition.” 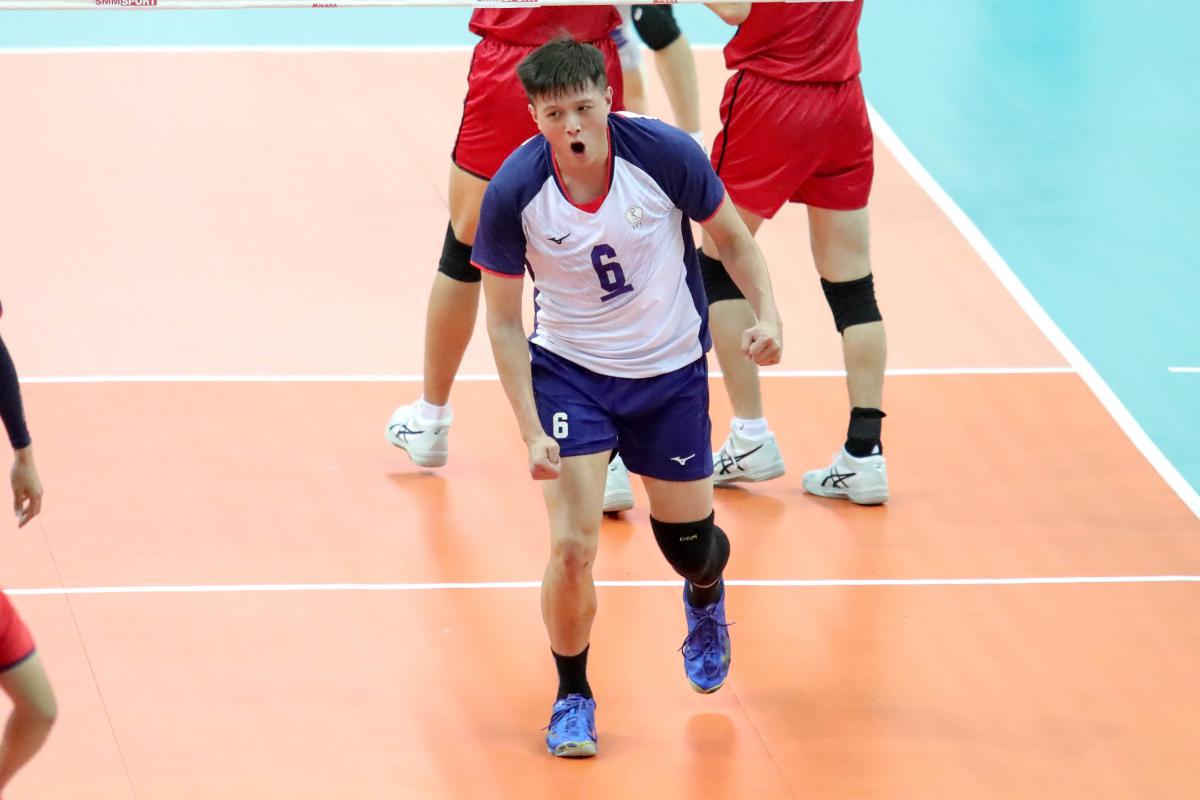 No one would have thought that he was prone to sickness as a child, as he grew to be a strong and tall man. Now, the Kaohsiung native leads the new wave of stars in Chinese Taipei volleyball.

“I was not healthy when I was a child, since I often caught cold. My family said that exercise could increase immunity, so I joined my cousin’s elementary school volleyball team.

“My family has been behind me ever since I played and competed in volleyball in other cities. My family continued to support me even when I was already playing for my club team. I didn’t attend a university because I signed a contract with Taipower straight out of high school.

“I want to help my club team Taipower defend the title in the Chinese Taipei Volleyball League. Then I want to represent Chinese Taipei in higher level international competitions and gain good results.”

AVC GEARS UP FOR ITS ZONAL ASSOCIATION MEETINGS ON OCT 21 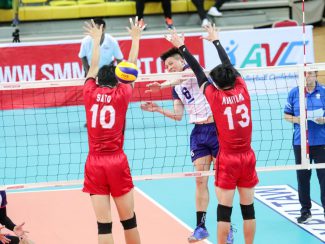 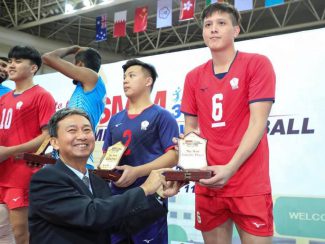 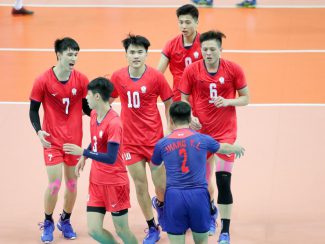 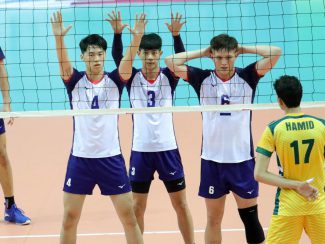 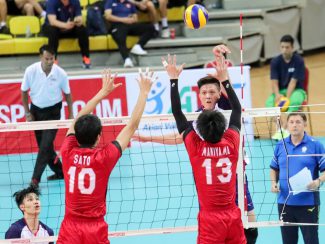 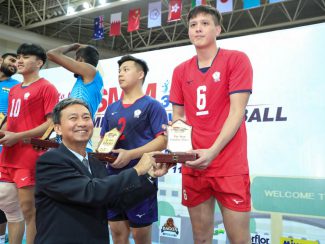 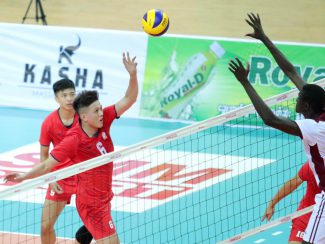 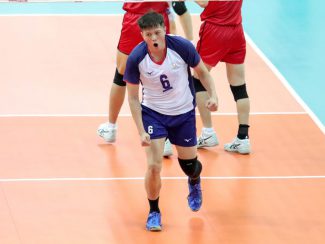 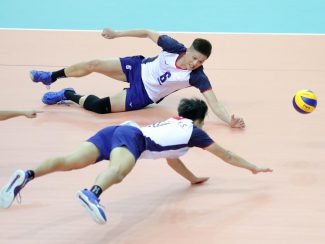