Led by top-seeded Cherif Samba and Ahmed Tijan from host Qatar, four teams posted a pair of wins each Wednesday to advance to the quarter-finals of this week’s FIVB World Tour event at the Al Gharrafa Beach Complex in Doha.

As the 13th-ranked team on the FIVB World Tour, Cherif and Samba needed only 63 minutes to win their two Pool A matches Wednesday by defeating 16th-seeded qualifiers Salba Chafic/Joe El Azzi of Lebanon and eighth-seeded Alexey Gusev/Pavel Shustrov of Russia.

Cherif and Samba are competing for the fourth-time together in the Qatari capital as the pair has posted a third, fifth and 17th in their last three appearances in Doha. The Doha Beach Volleyball Cup is Cherif and Samba’s 30th World Tour start together as the Qataris are seeking their first FIVB gold medal together.

Yves and Metral, who are ranked 63rd on the World Tour list, posted wins Wednesday over pairs from Egypt and Russia in 61 total minutes to win Pool B.

The Swiss tandem is competing in its 10th FIVB event together and vying for their third international medal together. 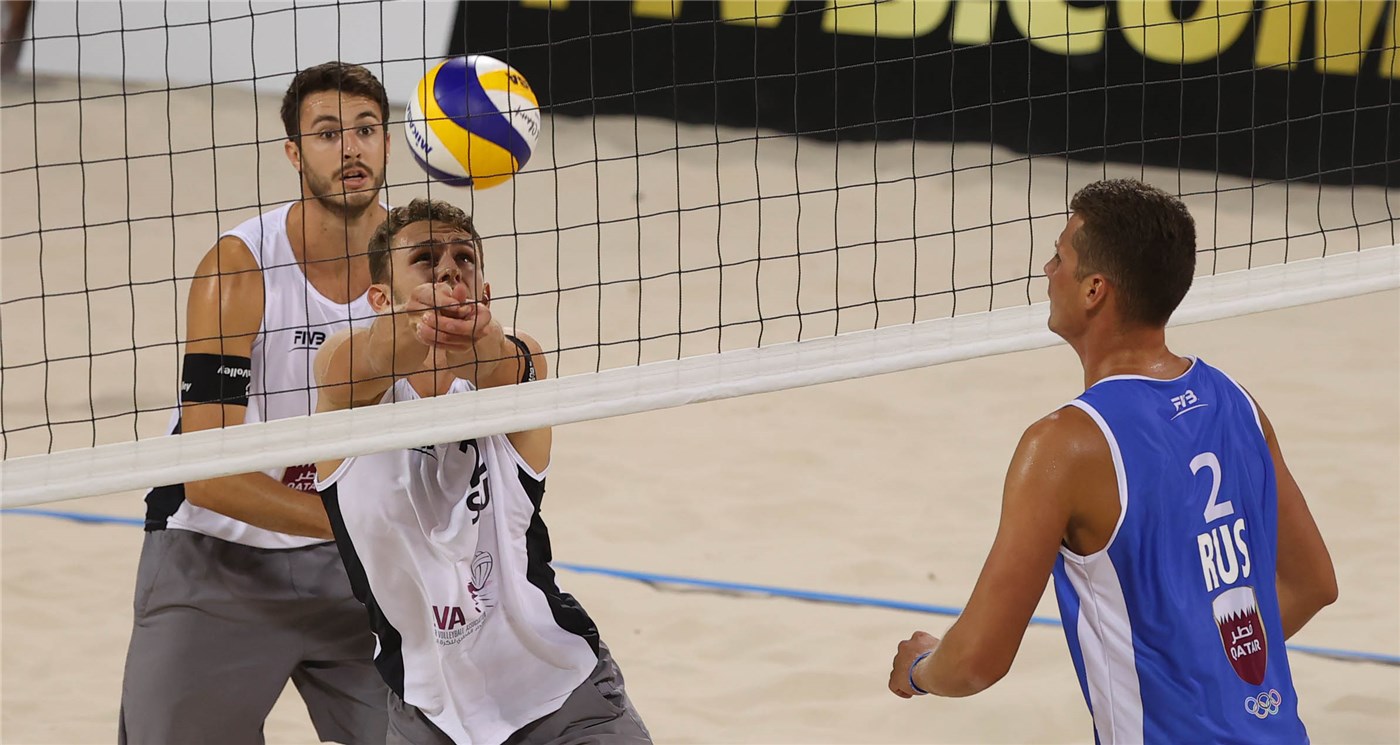 The American and Turkish group winners had to win three-set matches to claim their pool titles. Mewhirter and Roberts out-lasted third-seeded Mbye Jarra and Sainey Jawo of Gambia in 54 minutes for the Pool C crown while Giginoglu and Gogtepe defeated fourth-seeded compatriots Selcuk Sekerci and Sefa Urlu Turkey in the 53-minute Pool D finale. 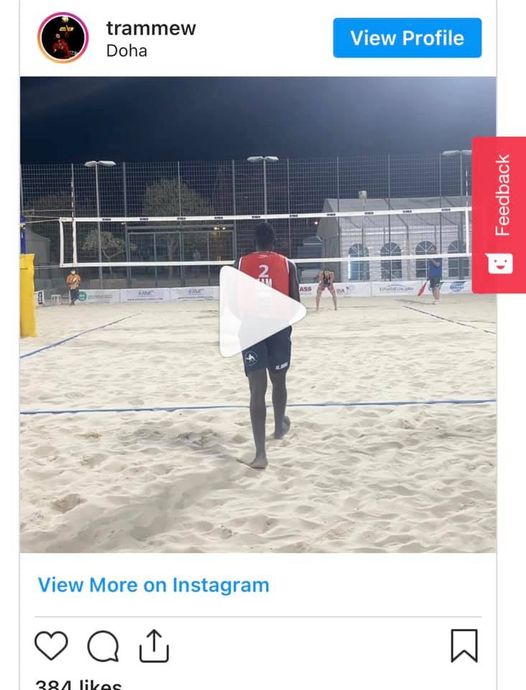 Mewhirter and Roberts are competing in their second World Tour event after placing winning a bronze medal 13 months ago at an FIVB event in the Cook Islands.

The Americans, who are ranked 412th on the World Tour list, started the Doha Beach Volleyball Cup in the qualifier Tuesday but had a bye to earn their main draw berth.

Giginoglu and Gogtepe, who are ranked 61st international, are the most experienced team in the field with the Doha Beach Volleyball Cup being their 46th FIVB event together. The Turks have claimed two World Tour medals. 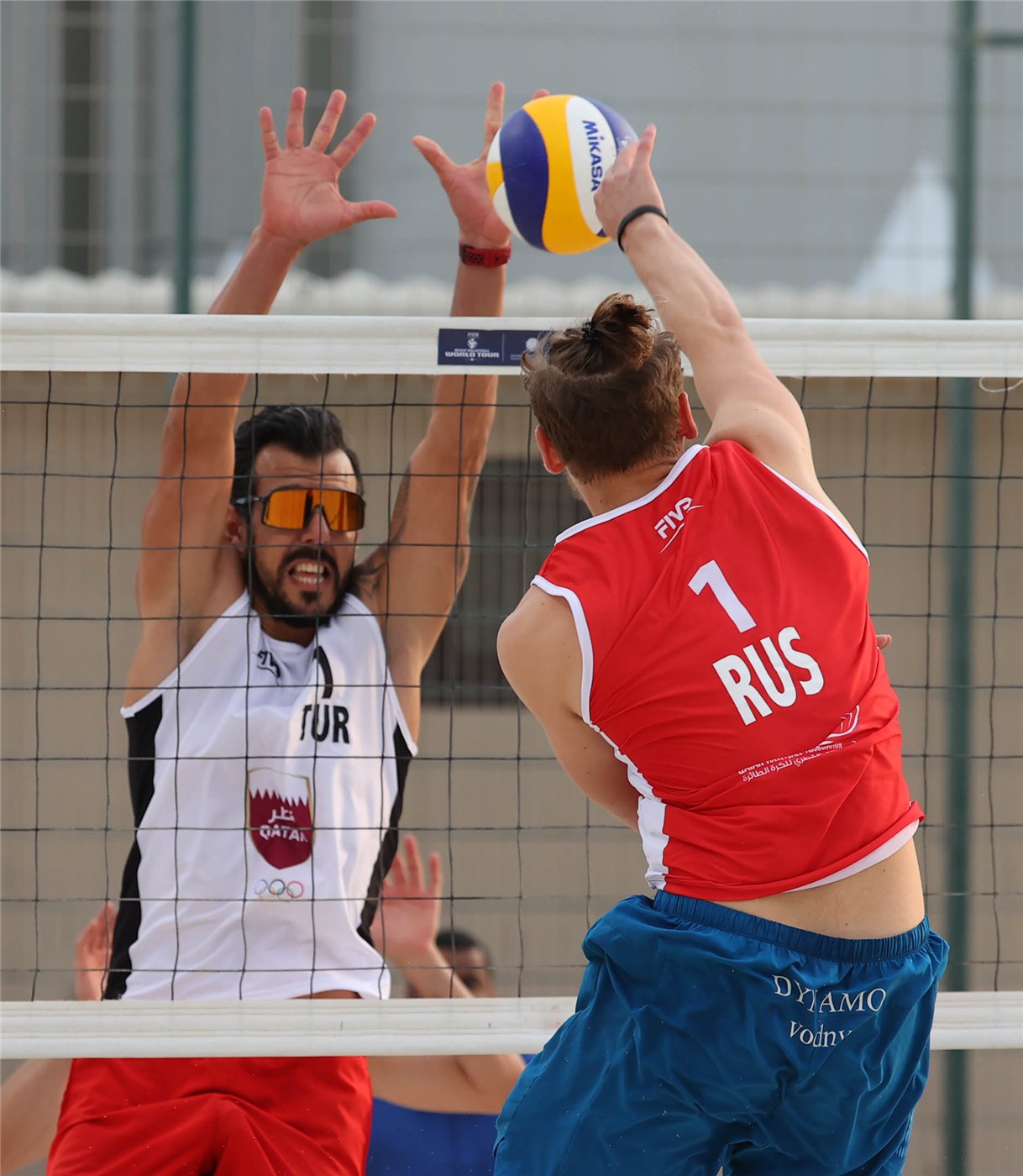 The semi-finals and medal matches will be played Friday with the winning team sharing the $1,000 first-place prize as the Doha Beach Volleyball Cup is the first FIVB World Tour event on the 2021 international calendar.

The second 2021 FIVB World Tour event will also be played in Doha March 8-12 for the $300,000 men’s and women’s Katara Beach Volleyball Cup at the Katara Culture Center. 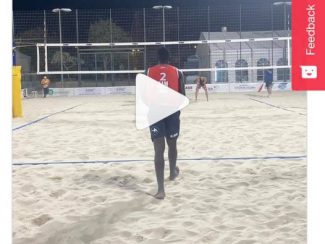 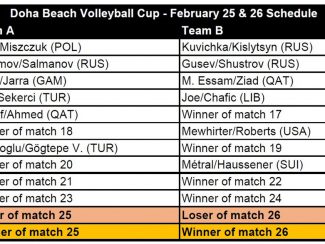 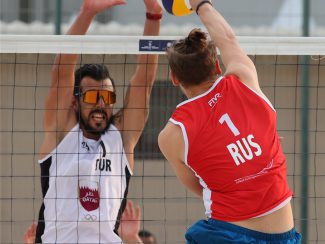 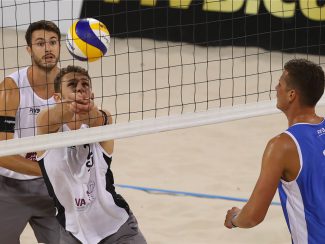 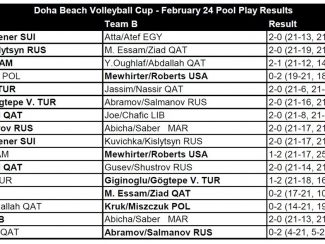