Doha, Qatar, October 14, 2019 – “4×4 is hard! Everywhere you spike there are people out there and it’s hard to finish the point!” Those were Cherif Younousse’s first words when fivb.com asked him about his first impressions of four-a-side beach volleyball at the premises of the 2019 ANOC World Beach Games in Doha.

Cherif has been a true leader of Qatar’s national team, which is still unbeaten in the tournament. The home side won all of their three games in Pool A and set themselves in pole position for attacking the medals. Despite his words above, the Senegal-born athlete has been the best scorer of each of the three matches, spiking successfully 29 times towards a total of 46 points, which makes him one of the tournament’s most prolific point-makers so far. 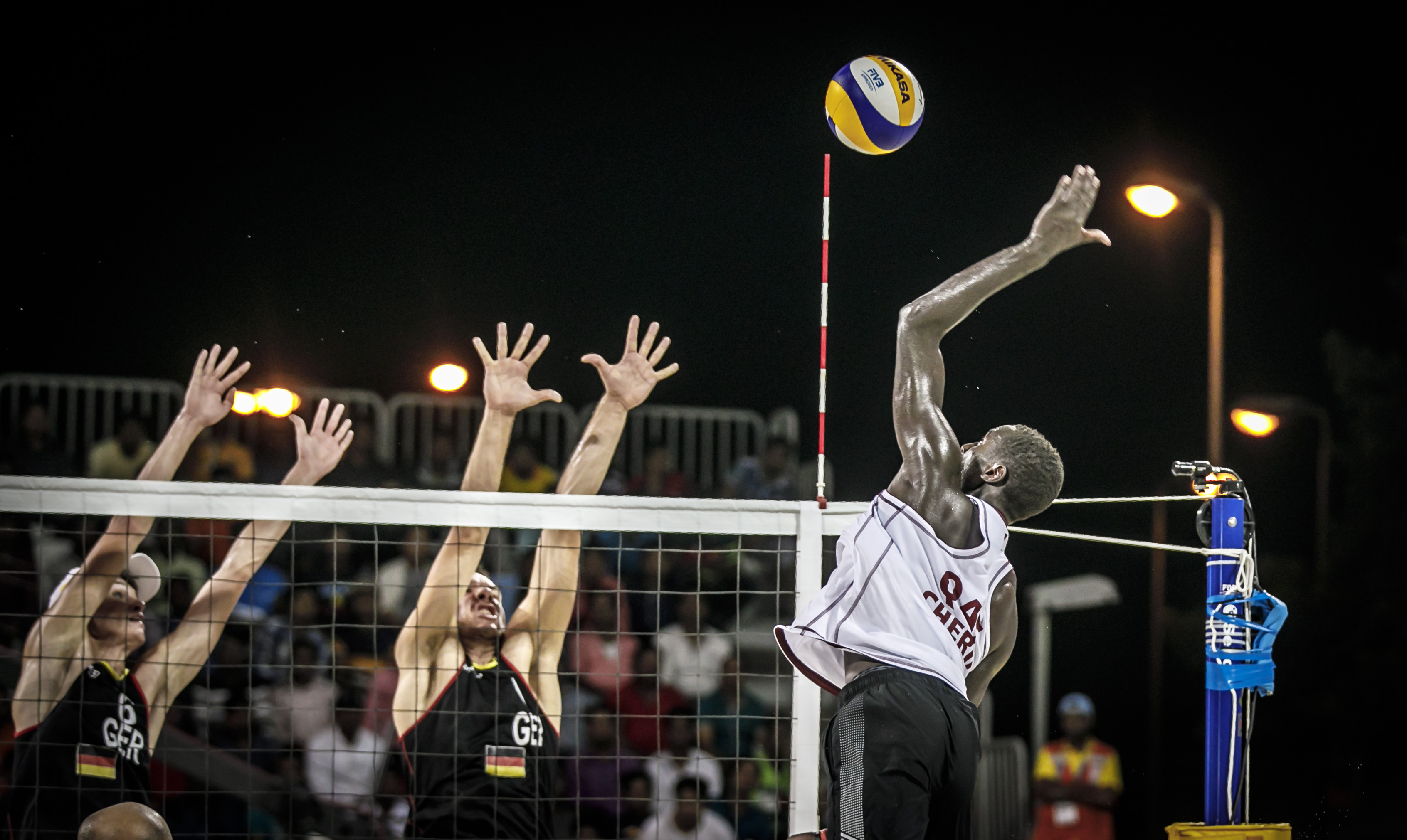 “4×4 offers a very good opportunity to specialize. For example if you are a good spiker, it’s a great opportunity to spike all the balls, which means bringing out the best of you during a high-level game,” Cherif explained. “It’s different from the 2×2; it’s like a mix between indoor and beach. It’s more about power and technique, as well as trying to read the game. We are still trying to get used to the rules. The referees are ready and you have to be careful, because the rules are quite strict.”

Cherif Younousse has made a name on the FIVB Beach Volleyball World Tour, having won one gold and three bronze medals so far. He also took part in the Rio Olympics. He and his permanent partner since the start of 2018, Ahmed Tijan, are currently #14 in the FIVB World Ranking.

“In 2×2 you are like husband and wife – for weeks on end you travel together, sleep together and do everything together,” Cherif joked. “With 4×4 there are more people around. The atmosphere within the team is different. Each one has his own way to see the game, so we need to find the balance, to understand each other and it’s a bit hard to manage. We are trying to do our best, because we’ve been together as a team for only a couple of weeks. With every game, we are trying to evolve and to make fewer mistakes than before.” 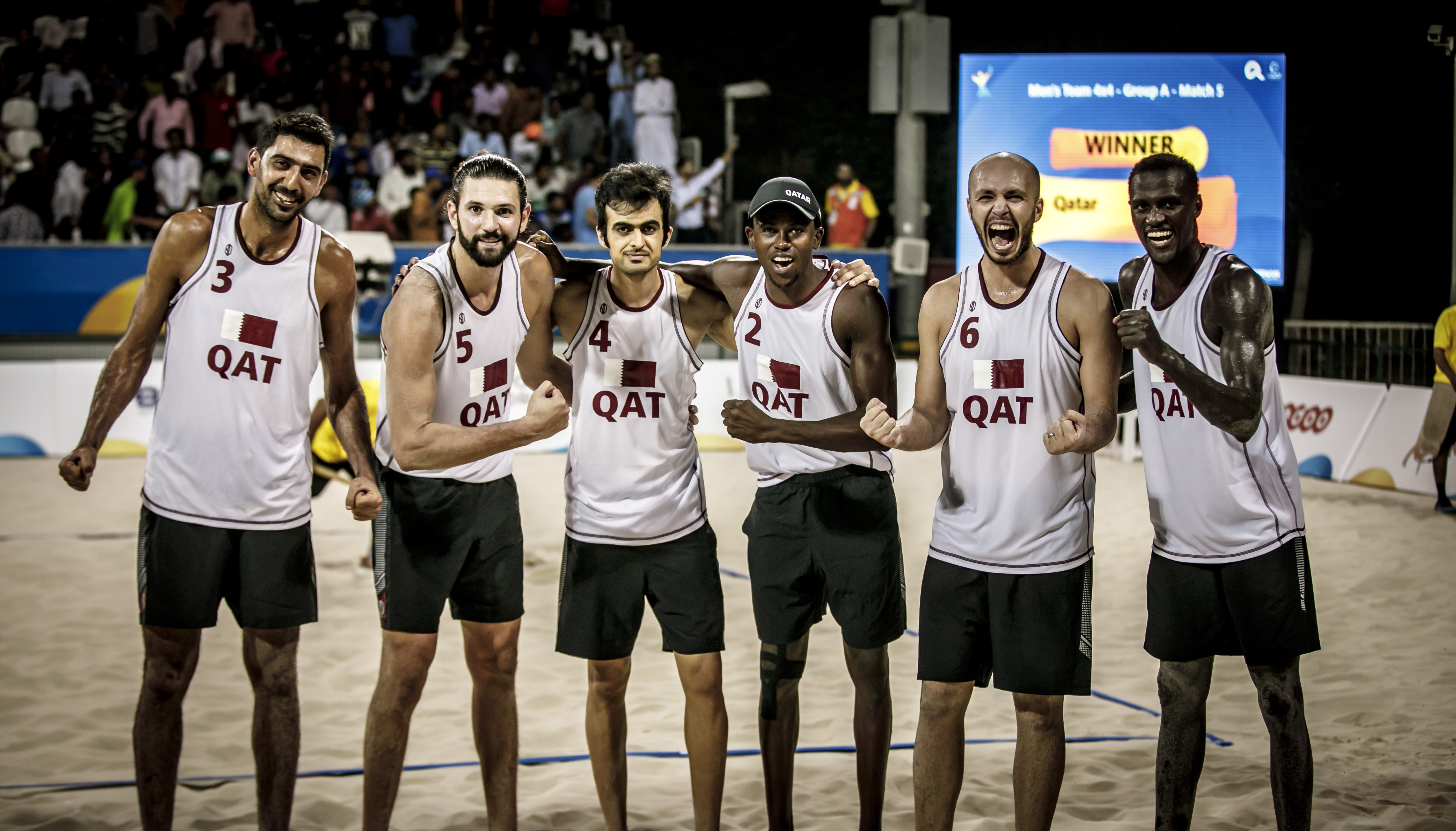 Ahmed Tijan himself is on the Qatari beach volleyball 4×4 national team, but since he is recovering from a knee injury he has been sitting out the matches at the World Beach Games. This would be unthinkable in two-a-side beach volleyball, where one individual’s inability to play would automatically lead to a forfeit for the team. Furthermore, the rules of four-a-side beach volleyball allow for substitutions to be made during the match and Cherif is not against it.

“I think 4×4 is a bit more intense than 2×2, because the rallies are longer. So allowing substitutions is a good idea,” he commented and went on to discuss the difference in game tactics. “In terms of tactics, 4×4 is easier, because you don’t have to worry so much about it. You just take your cover and there are three guys in the back taking their pass. So it’s easy to get block and also to get defence.”

Cherif Younousse is quite excited about his country hosting this historic event and generally about high status beach volleyball is starting to enjoy in Qatar.

“We have an amazing crowd cheering for the team of Qatar here,” the 196-cm-tall athlete pointed out. “I hope that these people will also come to support us again in the future when we play at the Doha four-star on the FIVB World Tour. I think this 4×4 tournament at the World Beach Games, as well as our results on the World Tour, really help people in Qatar to start discovering beach volleyball and taking interest in this sport. Beach volleyball in Qatar started from zero and now it is a top-level sport, among the top five in the country.” 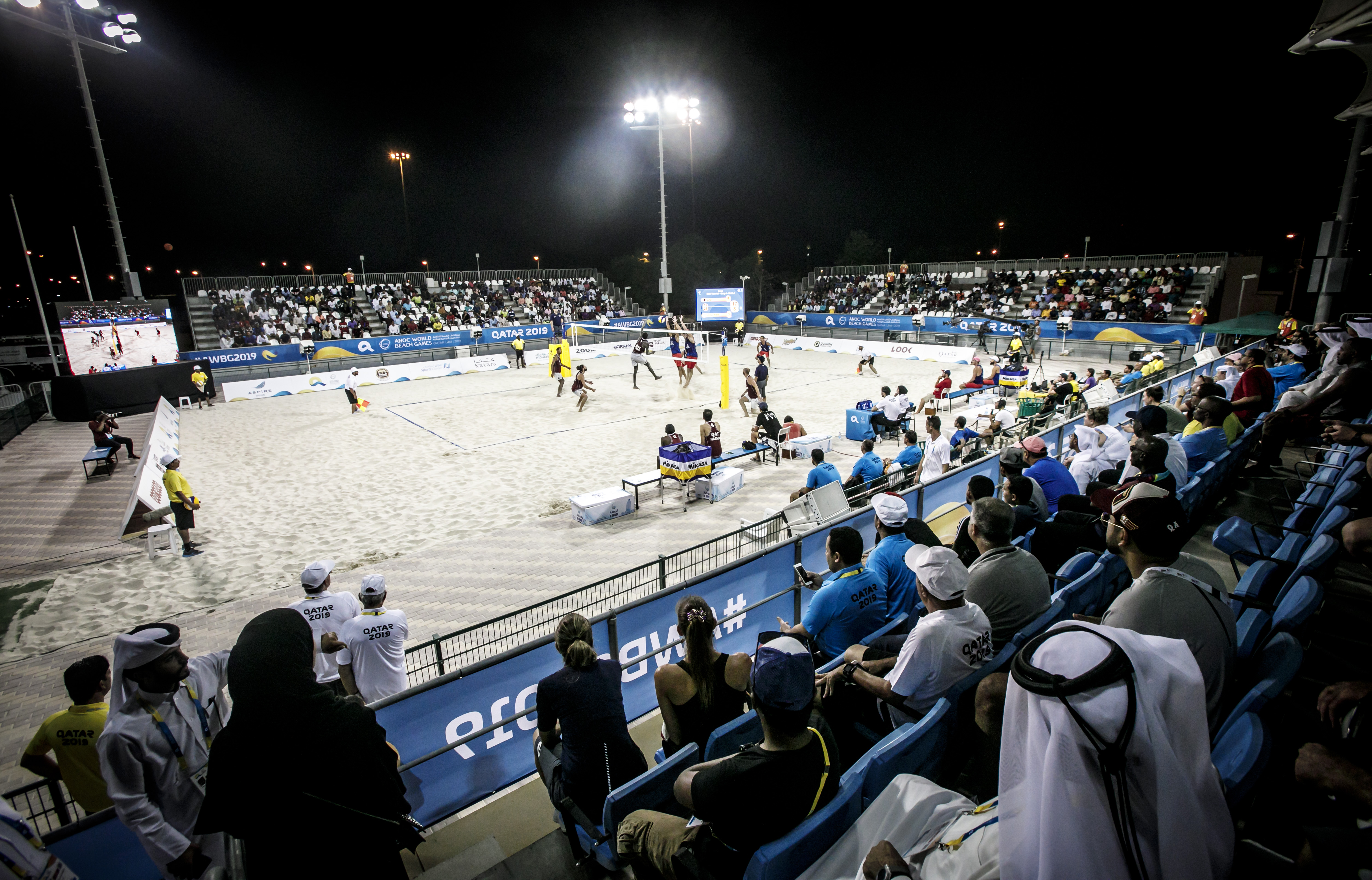 In Pool A, Qatar went through come-from-behind victories over Indonesia and USA and a straight-set win over Germany to top the pool standings. In their quarterfinal match on Monday, the home side are set to come against Chile, the fourth-placed team in Pool B, with the winner of this game clashing on Tuesday with the winner of the Poland vs. Germany quarterfinal for a spot in the gold medal match. Cherif is quite excited about his team’s prospects as well.

“I think we already came across the hardest teams here and we have a great chance to achieve something big at this tournament,” he concluded. 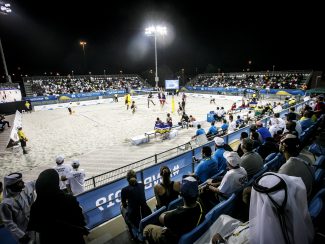 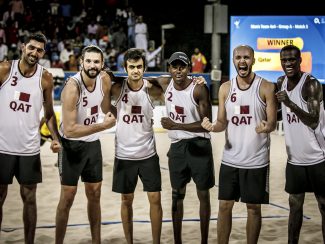 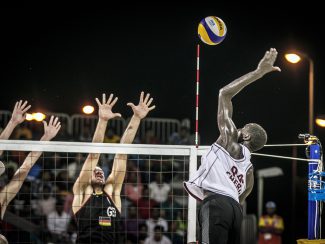 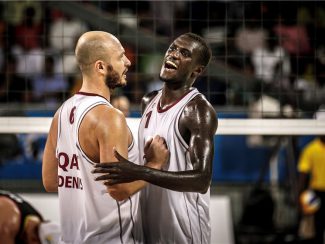