Under the supervision of the Palestinian Volleyball Federation and hosted by Al-Raja Evangelical Lutheran School – Ramallah, and with the participation of more than 350 students, a mini-volleyball festival was held on occasion of the 12th anniversary of the mini-volleyball establishment in Palestine. 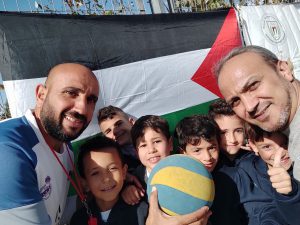 The festival began with the entry of students in the form of divisions according to ages, followed by the Palestinian national anthem and a speech of Deputy Director Mrs Mays Husari. 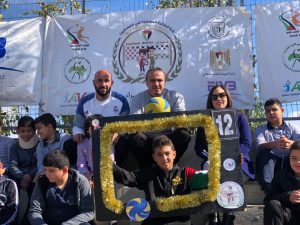 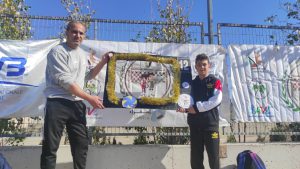 Mays Husari thanked the Palestinian Volleyball Federation, represented by the founder of mini-volleyball in Palestine, Rani Asfour, for these activities which aim at young students. She also praised the efforts of the physical education teacher, Professor Khaled Al-Qaddoumi for organizing this activity and confirmed that this activity will be held continuously every year. 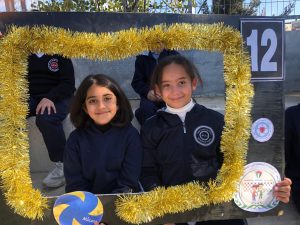 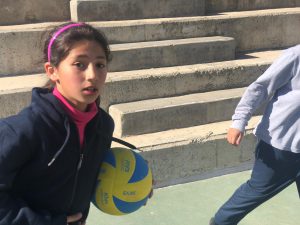 The students were distributed on 8 playgrounds and played 2×2 and followed the semi-league system so that the students would have more contact with the ball and the game and increase their love for playing the game. 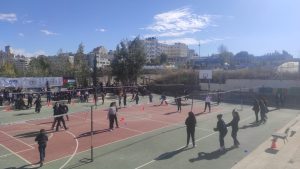 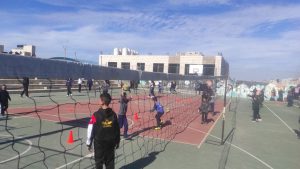 At the end of the activity, Rani Asfour thanked the school administration, represented by the administrators, teaching staff, and students for their cooperation in helping make this fun-filled activity a success. 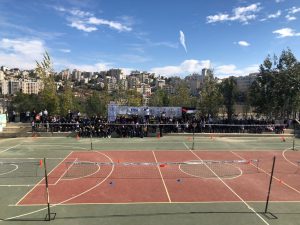