The FIVB Volleyball Club World Championships take place this month and the men’s tournament begins in less that a week on December 7, when some of the top players in the world will be in action in Betim, Brazil. Here is a selection of six of the best, one from each of the six participating clubs.

· Watch the Volleyball Club World Champs 2022 live and on demand on Volleyball TV.

Amin Esmaeilnezhad is certainly the hottest item on the roster of Paykan Club of Tehran, representing Asia at the upcoming Club World Championship in Brazil. A bit of a late bloomer, the powerful 25-year-old opposite made headlines this summer as a key player of the Iranian national team at both the Volleyball Nations League, where the squad reached the quarterfinals and he was the second best scorer of the Preliminary Phase, and the FIVB Volleyball Men’s World Championship. Esmaeilnezhad was part of the squad that won the Asian Championship trophy in 2021 too, but also further back in time, he helped Iran win the Asian Cup in 2016 and the U23 Asian Championship in 2017. As a player of Moghavemat Shahdab Yazd, Amin claimed a bronze medal at the 2022 Asian Club Championship and the national title in the 2022 Iranian league as well as the Most Valuable Player award. He transferred to Pas Gorgan for the start of the current season, but will play for Paykan on loan at the Club World Championship. 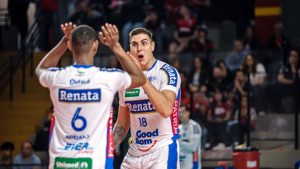 Felipe Roque joined Volei Renata at the start of this season and has been the team’s best scorer and best server so far, as well as the third best scorer and the second best server in the entire Brazilian Superliga. With his previous club, FUNVIC Natal, Roque celebrated a national championship title and the Brazil Super Cup trophy in 2020-2021. The 25-year-old opposite has been a member of the Brazilian senior national team since 2019. He triumphed at the 2019 FIVB Volleyball World Cup and the 2019 South American Championship. Roque was also on the squad that claimed the bronze medals at this year’s FIVB World Championship. 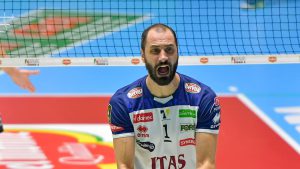 Matey Kaziyski is a living Club World Championship legend. The 38-year-old Bulgarian star has already collected a fantastic six medals in the competition, including four world titles in 2009, 2010, 2011 and 2012, all with his Italian team from Trento. Along with his first trophy, the outside hitter also claimed the 2009 Most Valuable Player award. In 2014, he took the silver as a player of Qatar’s Al-Rayyan. When he returned to Trentino, Kaziyski added a 2021 bronze to his collection and now he is ready for more. Nicknamed The Emperor by the Trentino fans, the former Bulgarian international also contributed to three CEV Champions League crowns, with an MVP award in 2009, and numerous domestic trophies. In his club career, Kaziyski also played in the national leagues of Bulgaria, Russia, Türkiye, Qatar, Japan and Poland. As of this season Trentino’s captain has taken on the role of opposite. He is currently the team’s top scorer in the Italian SuperLega Credem Banca this season and second best overall in the league. 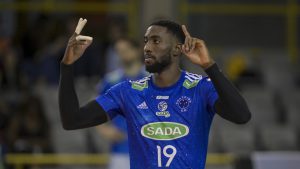 In the company of huge stars like Lucas Saatkamp and Wallace de Souza, 25-year-old Miguel Angel Lopez does not shy away from his duties as a key player on Sada Cruzeiro Volei’s squad. He even earned the Most Valuable Player award at the last Club World Championship in 2021, when his Brazilian team returned to the throne. The Cuban outside hitter backed up that performance with two more important MVP awards last season, at the South American Club Championship and in the Brazilian Superliga. After spending three seasons in the Argentinean league, where he took a continental silver and the national cup with UPCN San Juan in 2020, Lopez transferred to the club from Belo Horizonte and has since won the national title, the national cup and the national Super Cup twice, in addition to the world and continental crowns. He is the best server of the Superliga season so far and his team’s best scorer. As a Cuban national team player, Lopez triumphed at this year’s Volleyball Challenger Cup and is set to compete in next year’s Volleyball Nations League. He also helped Cuba win silver at the previous VCC in 2019 and gold medals at the 2019 NORCECA Championship (MVP) and the Pan American Cup in 2019 (MVP) and 2022. 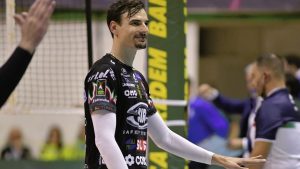 A gold medallist and the Most Valuable Player of this year’s FIVB World Championship, and last year’s CEV European Championship, Simone Giannelli is arguably the world’s best setter these days. The 26-year-old Italian is in his second season with Sir Safety Susa Perugia, one of the country’s strongest teams in recent years, winners of the national cup and the national Super Cup in 2022. Perugia are also the current SuperLega leaders, and are unbeaten in 10 matches. However, most major achievements in Giannelli’s club career came with his previous team Trentino. They won the Club World Championship title in 2018 and bronze in 2016, and on both occasions Giannelli made the Dream Team as the tournament’s Best Setter. With Trentino, the talented playmaker also climbed numerous podiums in continental and domestic competitions, claiming various individual awards in the process. In addition to the titles of world and European champion, as a national team player, Giannelli also earned silver at the Rio 2016 Olympic Games, among a few other podiums at major international competitions, decorated with Best Setter honours. 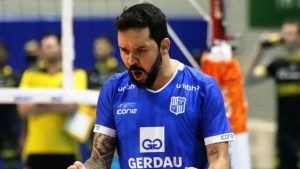 William Arjona is another athlete with a long and successful career who has already left a remarkable trail in the history of the Club World Championships. He was named Best Setter at three editions of the competition, in 2012, 2013 and 2015, and in 2016 he received the highest honour of Most Valuable Player, all competing for Sada Cruzeiro. These individual achievements came alongside three gold medals and a silver, in addition to five South American Club Championship titles. In his club career, Arjona has picked up numerous trophies and medals at national and state level, including four golden doubles in Argentina as a player of Bolivar Voley. Since 2020, the 43-year-old playmaker has played for Itambe Minas. With the Belo Horizonte club, he earned silver at both the South American Club Championship and the Brazilian Superliga this year, in addition to the national cup trophy, accompanied by the MVP award. Arjona’s path with the Brazilian national team is also impressive and includes a Rio 2016 Olympic gold and a 2018 World Championship silver.