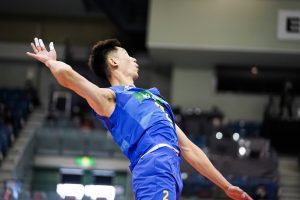 Captain Jiang Chuan led the bronze medal team with 16 points, while Zhang Jingyin added another 10 points in the victory.

China stamped their dominance in power and height, leading in all scoring fronts with 35 attacks, 12 blocks, and 7 service winners. 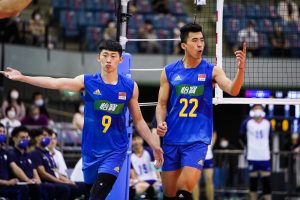 The Chinese side rushed to a 5-0 lead as Zhang Jingyin connected from the flanks with such powerful attacks that left no room for modest serve-receive. They likewise imposed such intimidating presence at the net. 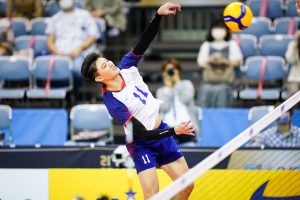 Chinese Taipei tried to respond, getting workarounds for their attacks to avoid or outsmart the block. Chang Yu-Sheng, who came off the bench, showed his aggression and connected from the deep flank and from the pipe. With good service reception, they could, at times run the play to the right to allow the Wu Tsung-Hsuan to score. They tried to inch closer but later started to miscalculate their attacks. 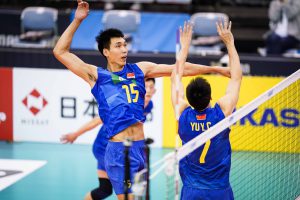 In the second set, China continued to dictate the tempo of play. Captain Jiang Chuan played red-hot from right side, while the Chinese blockers maintained mastery over the opponents’ attack tendencies. It seemed easy for the 208cm Peng Shikun, who nullified what looked like well-crafted attacks. 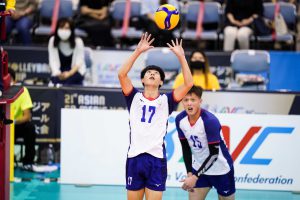 The Chinese Taipei side could do well in some sequences, with the substitute setter Liu Chia-Chang running solid plays on Wu Tsung-Hsuan, Chang Yu-Sheng , and Liu Hung-Min. But they could only do so much in front of an overpowering presence.

By the third set, Chinese Taipei coach Moro Branislav changed up his hitters to try a different approach. The substitute players managed to connect in some sequences which clearly raised their optimistic energy. 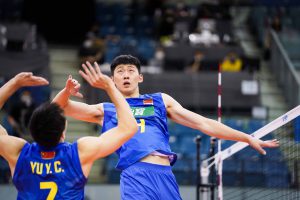 Meanwhile, China retained their starters to simply maintain the dominating quality of their plays.
A middle attack by Li Yongzhen spelled victory, and the bronze, with 25-17 in the final set. 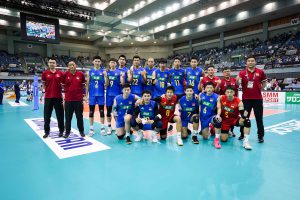