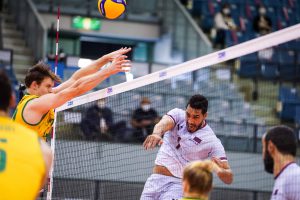 In Sunday’s decisive match for the 5th-6th classification at the Chiba Port Arena, Qatar’s Youssef Oughlaf led all scorers on the field, charting 17 points from 15 attacks and 2 blocks. Nikola Vasic added another 15 points in the victory. 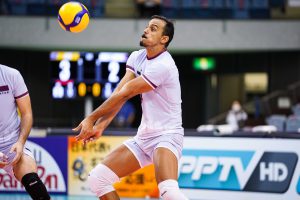 Qatar started strong with their usual, reliable line-up, with Oughlaf at right side. Vasic and Renan Ribeiro comprised the passing unit, which played really tight and agile in transition. They were able to play the wing attack with good measure, which their opponents needed to formulate good block formation. 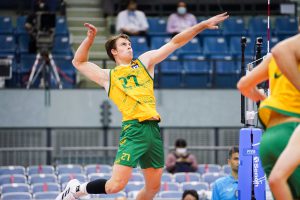 Australia’s Trent O’Dea may just have been the answer, as he stood in close watch, to connect with stuff blocks. Setter Arshdeep Dosanjh enabled the middle game further by setting O’Dea for the quick attack. The Volleyroos improved their rhythm of play and later utilized the pipe attack on Max Senica. 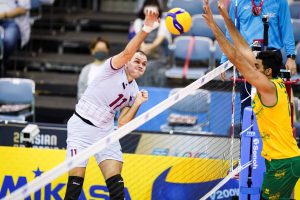 Qatar responded to the challenge and sent the attack unit back to work, with Ouglaf and Vasic scoring crucial points, to help take 25-21 in the first set. 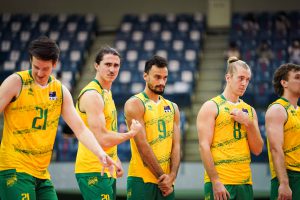 However, the Qatar side controlled the tempo of the second set, getting good results on the outside zones, and handling the counter-attack really well. They were also lining up well with the block, which further hampered their opponents’ search for good rhythm. They took the second set at 25-11 from a service error. 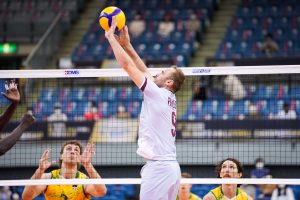 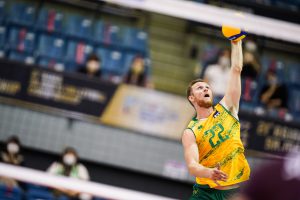 Australia picked up their tempo and composure, setting Thomas Edgar at the right flank, while O
‘Dea still put in the hard work in the middle. Curtis Stockton also helped in attack and gained from the opponents’ errors to save a match point. 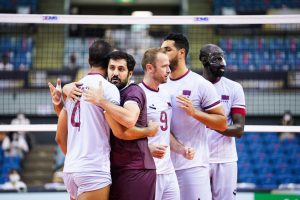 The Qatar side took the final set, 25-23, with Oughlaf’s explosive attack.

Qatar’s fourth place finish in the 18th edition of the Asian Senior Men’s Championship held in Tehran, Iran in 2015, is the team’s best performance to date.