Hanoi, Vietnam, July 21, 2019 – Mighty China powered past DPR Korea 3-1 (25-16 25-19 25-18) in the highly-anticipated final clash of the two unbeaten teams to stamp their authority at the 3rd Asian Women’s U23 Volleyball Championship at Gia Lam Gymnasium here on Sunday. 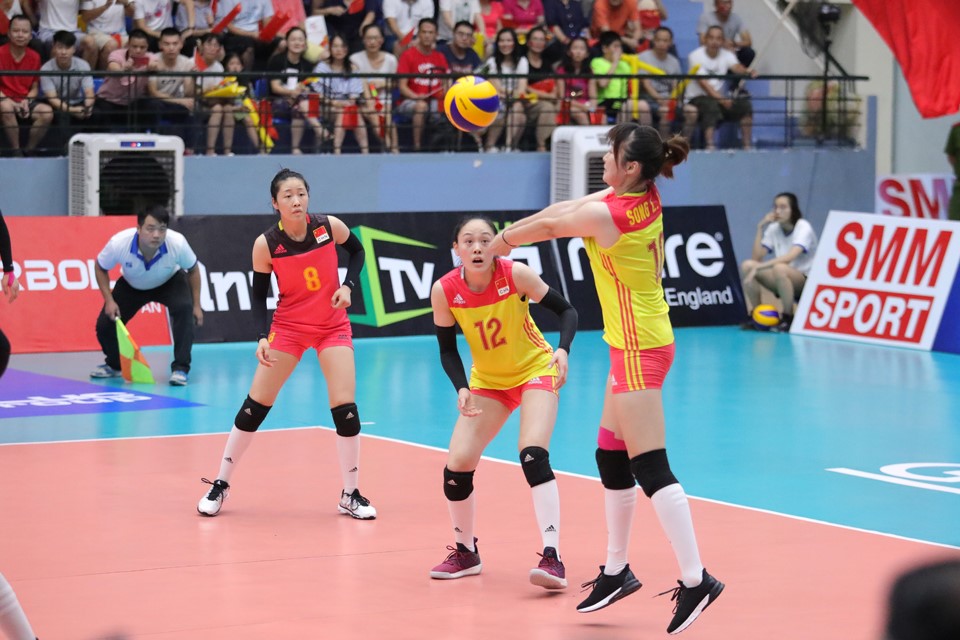 Sun Jie performed brilliantly to chip in with 17 points for China including 16 attacks from 25 attempts, while Song Liqi and Wu Han kept good company in the team’s attacks. Son Hyang Mi topscored with 16 points for DPR Korea. 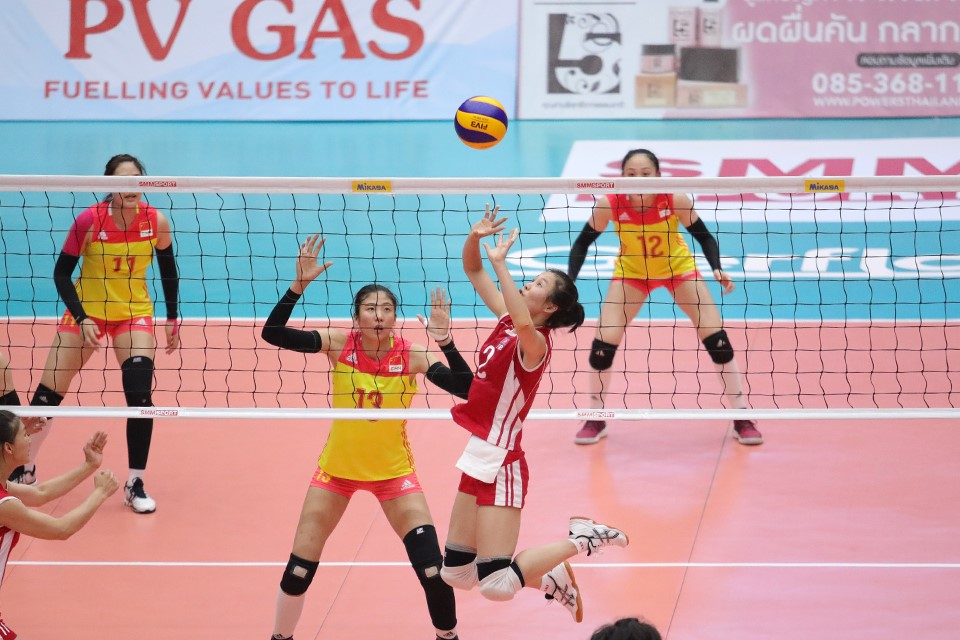 It was the second time in history that China captured the crown in this Asian Women’s U23 Championship since their debut success in 2015 in Pasig, the Philippines, where they thrashed Thailand 3-1 in the showdown. China did not take part in the second edition in Nakhon Ratchasima, Thailand in 2017, but sent a strong squad to Hanoi this time to land the title for the second time. 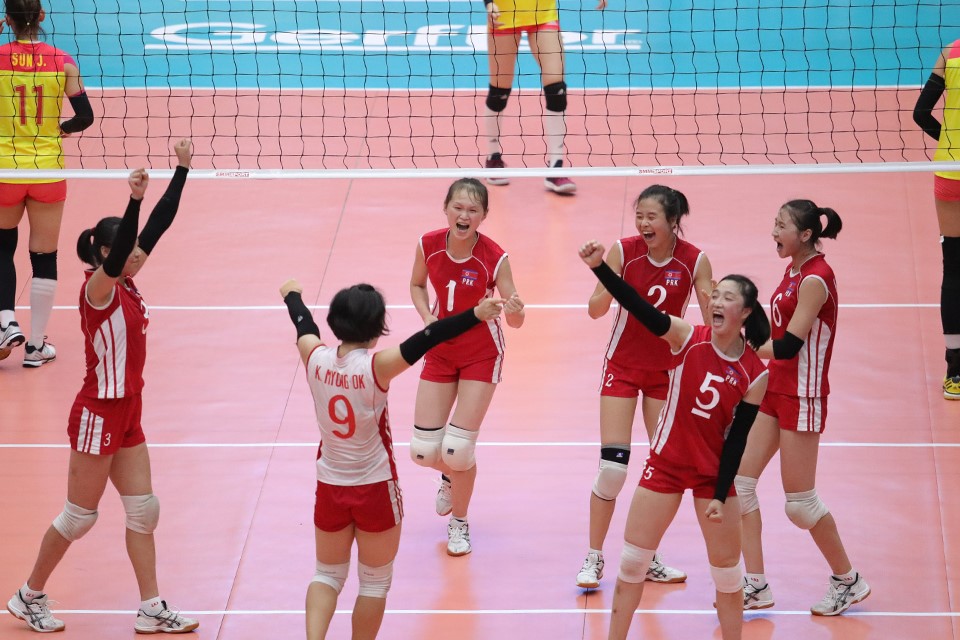 Against debutantes DPR Korea in the final showdown on Sunday, China fielded an offensive lineup packed with individual talents including Wu Han, who was named the Best Outside Spiker in the team which captured the FIVB Women’s U20 World Championship title in 2017 in Mexico, the 194cm-tall Gao Yi and another powerful hitter Sun Jie. Ace spikers Son Hyang Mi and Pyon Rim Hyang spearheaded DPR Korea.

China got off to a brilliant start to capture the lead with a 4-point lead at 13-9, thanks to exceptional attacks from Wu and Sun and lightning-fast spikes from Gao Yi. Though putting up a gallant fight, the Koreans found the Chinese too strong to go down 16-25 in the first set. 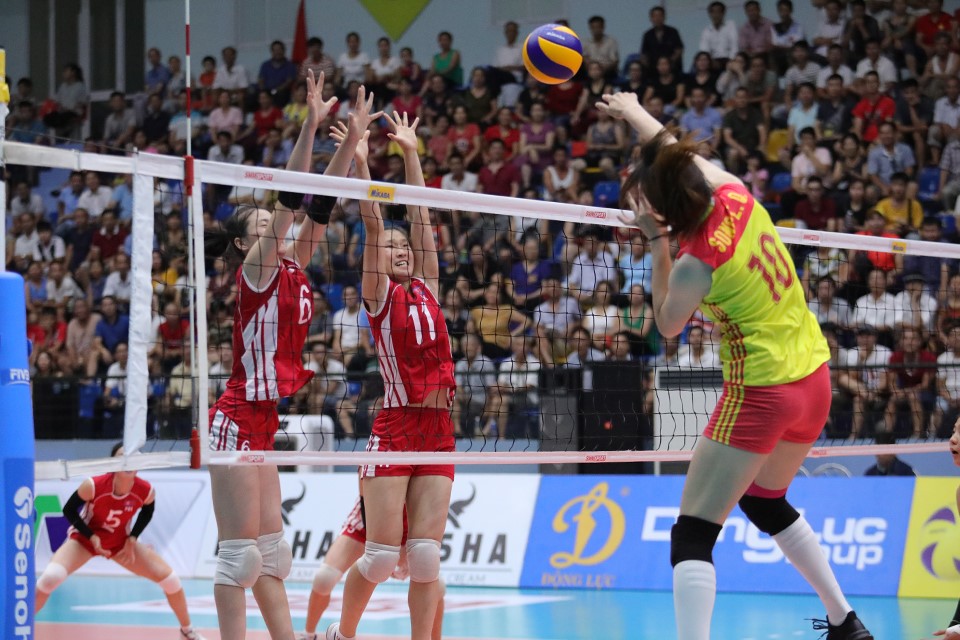 Clearly annoyed by the rivals’ success in the first set, Pyon Rim Hyang and Son attempted hard to overcome the much taller blockers with their huge attacks, but the Chinese defence proved impeccable, allowing the rivals tough times scoring. China continued their leading way, with Sun and Wu tearing the Korean defence into shreds. China claimed the set 25-19.

China started the third set in brighter fashion. Powerful Sun Jie was on fire throughout the game, using her incredible reach and leap to punish the rivals with some powerful spikes, while Gao Yi and Zhang Qian followed up with monster blocks to put China in front with a five-point clear at 16-10 and widened the gap to 22-14. 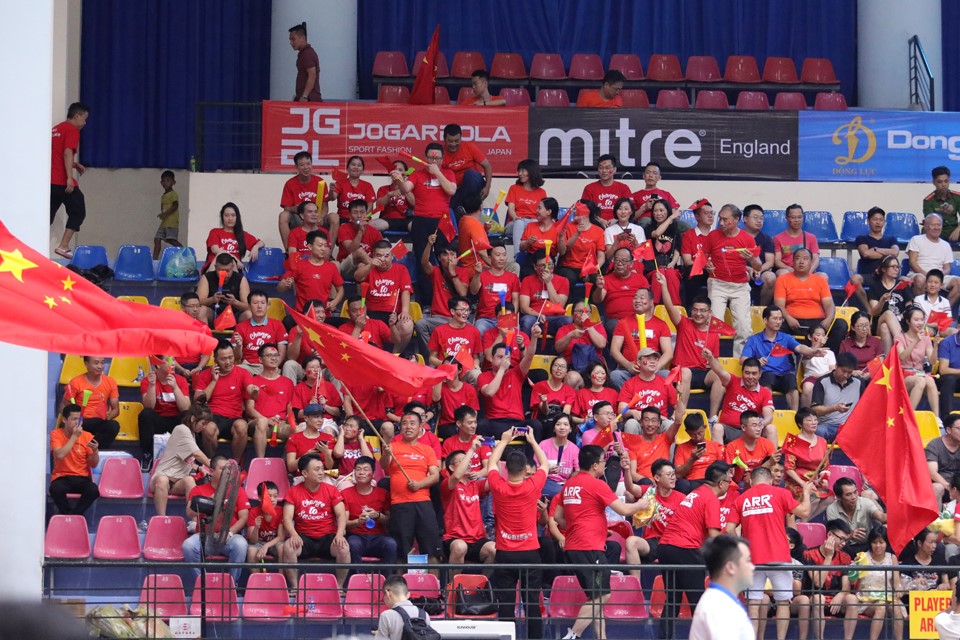 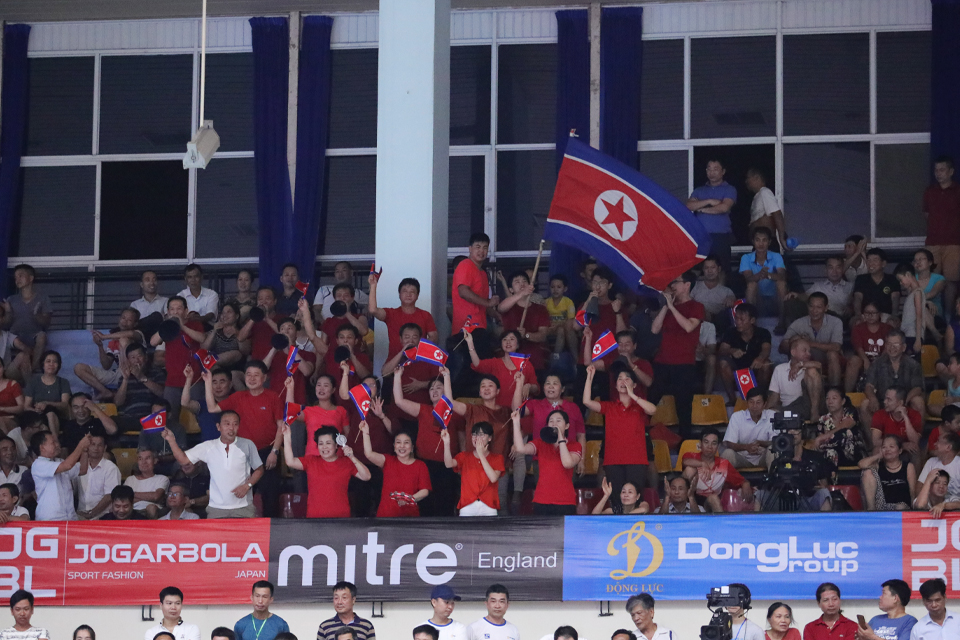 A large group of flag-waving, boisterously drum-beating fans of China inside the competition site appeared cheerful and happy as seeing Lady Luck on their side. The Chinese players entertained the audience with their outstanding performance. Sun and Wu were looking increasingly dangerous from spike range as China went on their exceptional offensive ability. 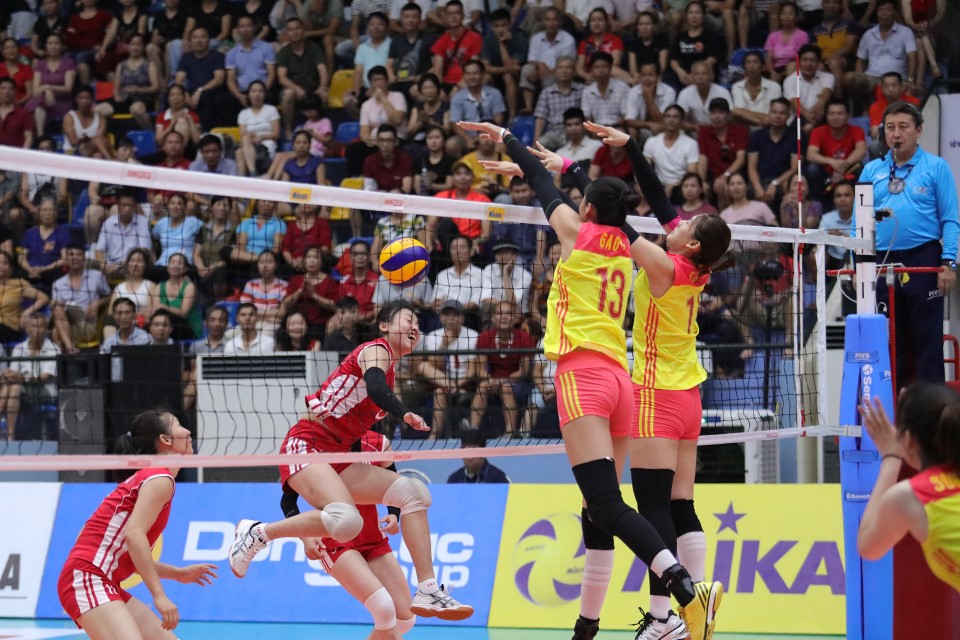 After a moment of exchanging blows, a spike from DPR Korea went wide and China made it 25-17. As the Chinese players started to jump for joy, the Koreans requested for video challenge “Block Touch” and their effort was successful. The score was switched to 18-24. However, the Koreans’ delight was short-lived as a serve from Pyon Rim Hyang went to the net. China captured the set 25-18, match and the championship. 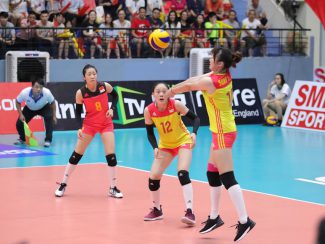 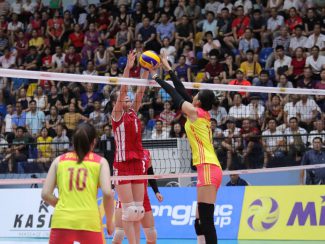 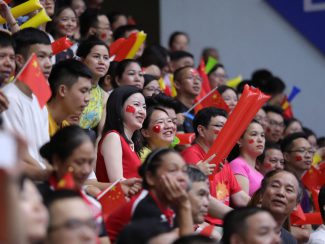 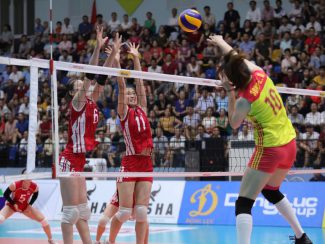 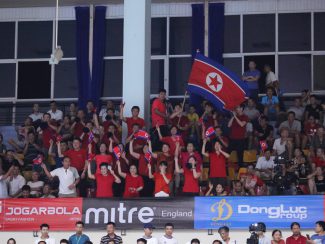 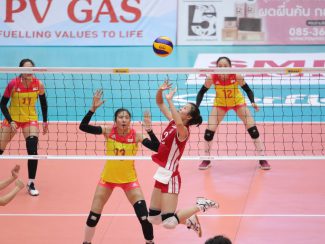 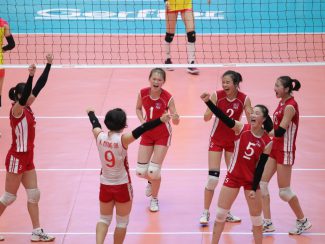 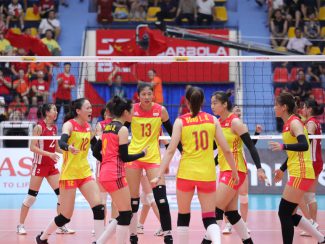 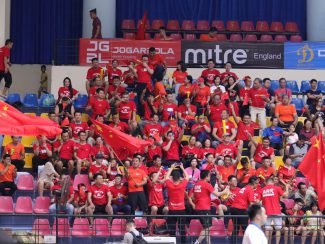 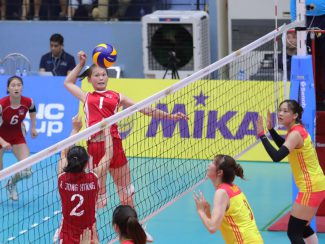 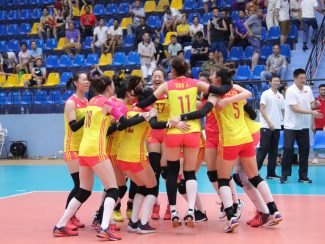 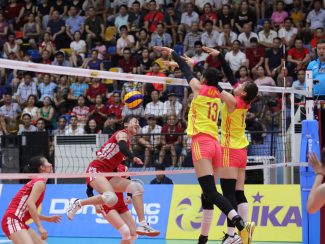 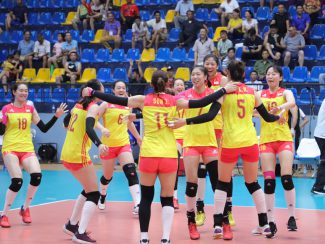 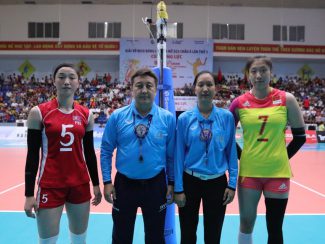