Pasig City, Philippines, August 25, 2022 – China and Japan finished the preliminary round of the 2022 AVC Cup for Women on top of the pools after defeating their respective opponents. Hosts Philippines join the roster of winners in Thursday’s matches at the PhilSports Arena. 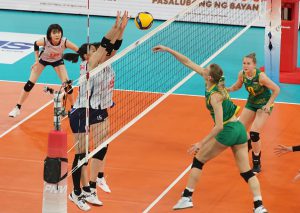 Five-time champions China swept their matches in Pool A, as completed with their 3-1 defeat (24-26, 25-19, 25-10, 25-13) of Iran. China captain Wang Yifan played off the bench and sparked the team’s comeback with a great deal of heroics after dropping the first set. She led all scorers on the field with 25 big points. 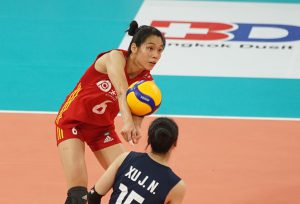 With the fourth consecutive win in the competition, China look to solidify their stake for the championship trophy.

“I’ve seen the team play with so much passion. I want them to have a winning attitude by just playing on the court with much focus” said China coach Kuang Qi.

Power service defined the complexion of the match, as Japan unleashed a total of 12 aces. 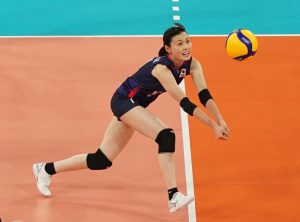 “It was great that we won our first match (against Thailand), and that really built our momentum and energy for the next matches,” said Japan head coach Akira Koshiya.

Japan, which have never won the title in all of its previous 6 editions, defined, what it would take for this team to make it to the podium.

Jessica Margarett Galanza (12 points) and Diana Mae Carlos (11 points) carried the host team with double-digit scores for their second win in the competition. 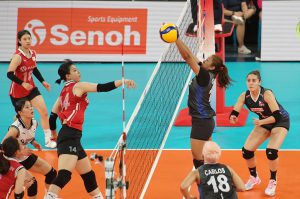 “It’s a great feeling to take two wins in this competition, and we hope to be able to pick up another win,” said Philippines head coach Sherwin Meneses. 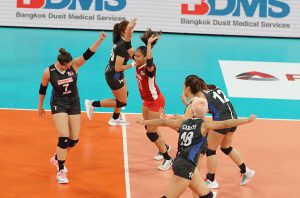 Teams will pause for a rest and recovery day on Friday, August 26, and will resume play for the quarterfinals, scheduled on Saturday, August 27.

The final four will face off on Sunday, August 28, to determine the finalists for Monday, August 29, at Pasig City’s PhilSports Arena.