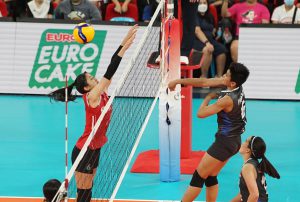 Jessica Margarett Galanza (12 points) and Diana Mae Carlos ( 11 points) led the charge for the hosts, as they scored in double-digits in Thursday’s main match at the Philsports Arena. 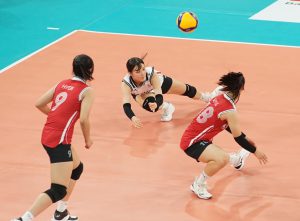 The home team displayed a wide array of offense options, as captain and setter Julia Melissa Morado distributed her sets across the court. She had the luxury to play the wings, while activating the middle attack equally well. She could, at times, call for combination plays, that naturally brought the house down upon completion. 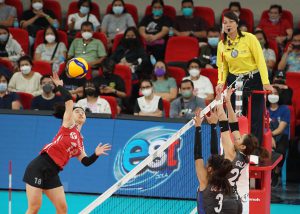 Korea were trying to find ways to put up a gallant stand against their more experienced opponents. Captain Hwang Jimin, Choi Hosun and Kim Seyul fired from the flanks, but could not seem to fully establish a good working tempo. 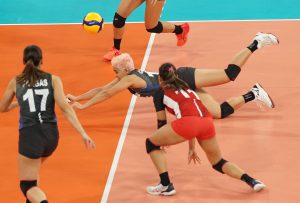 The Philippines were not without their share of unforced errors. They were far from playing in their best form and system. They even fell victim to some powerful service winners from their young opponents.

As the match progressed, the hosts played better and more solidly in transition. They likewise posted better deflections to tally 12 block points in the straight-sets win. 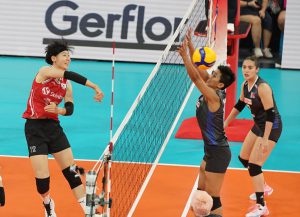 “I think what’s been working so far for us is the familiarity, how we’ve known one another. The chemistry that no matter which combination of players are sent to the court, they would always know how to adjust to the contexts of the match,” said Meneses. 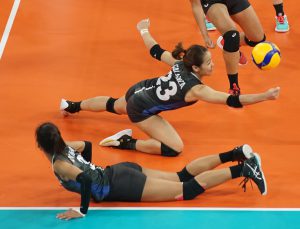 The Philippines completed the preliminary round as the third ranked team in Pool A and will now await their match-up in the quarterfinals set on Saturday, August 27. Korea will automatically finish the competition as the ninth placers.