CHINA TO CONTEND TITLE WITH TIE-BREAK WIN OVER THAILAND Wu Mengjie wove magic on Sunday evening, making 29 points as a consistently reliable scorer for the team. Zhuang Yushan and Zhou Yetong added 17 points each to power the Chinese campaign for the title. 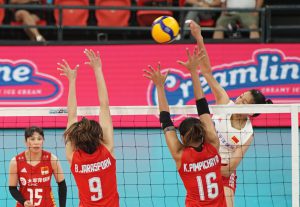 China head captain Kuang Qi credits his team for the victory but also noted the prevalent attitude of his players.

“We are always trying to do our best, play by play, ball after ball, and point by point. It’s nice to think about the championship, but at this time, we just want to go through the process one step at a time,” he said. True enough, it was one step at a time, one set a time for the Chinese side, as they defeated an opponent equally worthy of a crack at the championship title. 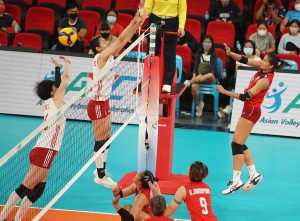 Thailand worked within their system, highlighting their strength in speed and coverage. They anchored their offense on Chatchu-On Moksri and Pimpichaya Kokram. Their frontline put up a gallant stand against their taller opponents and effectively managed on block defense. In fact, the Thais completed the match with a total of 12 blocks spoints. They also carried their transition plays well, with captain and setter Pornpun Guedpard taking charge. 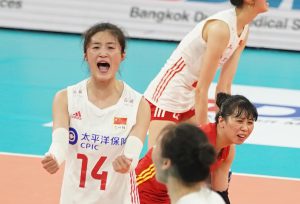 China likewise played in system, choosing powerful attacks intended to nullify any attempt at defense by the net or on the floor. Zhuang Yushan still provided such finesse and leadership, delivering with clutch attacks, while also showing her merit in the backcourt. 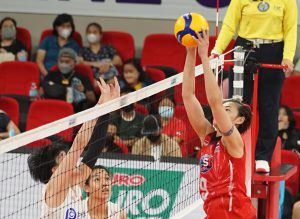 Wu Mengjie was nearly unstoppable in attack, and knew how and when to adjust her swings when the opponents’ blockers tried to clamp down her attempts. By the decider, she scored the most points at the most needed moments to finally steady their ship.

“There is really no secret to our victory for today. We just played our hearts out and tried the very best that we could. For tomorrow’s match, we will continue to do the same,” she said. China now await the winners in the Vietnam-Japan semifinal, to contend the championship trophy on Monday, August 29, at 19:00. Thailand will play in the battle for bronze at 16:00. All times local. 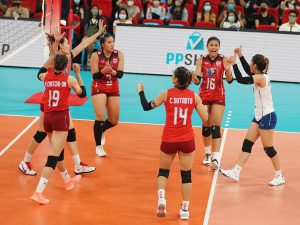