Tran Thi Thanh Thuy had a massive 29-point haul in the match, as Vietnam loaded up their offense on her. The captain was relied upon on her attack power from the flanks and the backline. 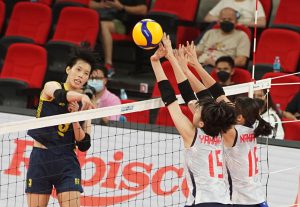 Japan’s game plan seemed straightforward and simple: set up their usual system based on strong serves, run their plays on their key hitters. Tanaka and Yuki Nishikawa fueled the Japanese offense, and likewise proved reliable along the passing lanes. 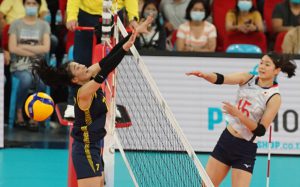 The Japanese also knew that they needed to stop Tran Thi Thanh Thuy at all costs. They kept an eye on the Vietnamese captain hitter, closing out the blocks on her, or getting the second line of defense to work harder. There seemed no way to completely stop her. But Japan knew they could limit her output, or tire her. 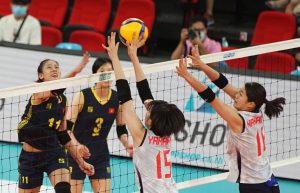 Not until the third set, where it has nearly been mathematically assumed that Japan would take a 3-0 win and the finals berth. They had to deal, once again, with Tran Thi Thanh Thuy, who tirelessly rallied play after play, point after point, to extend the match.

The fourth set turned into Japan’s show, as they relied upon the prolific Nishikawa, and they took advantage of visibly exhausted opponents. 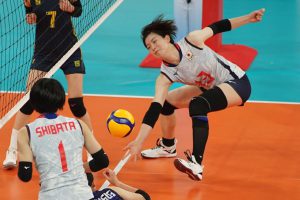 “We had a great start to this match, but at some point, lost our focus a bit. Now we have to focus for tomorrow’s match, but of course, winning this game is just great,” said Nishikawa. 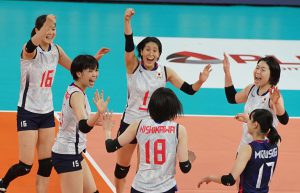 Vietnam’s Tran Thi Thanh Thuy commented “We lost the match today but everyone played with such great determination. On a personal level, I haven’t tried my best yet as a leader of this team. I think I could have done better.” 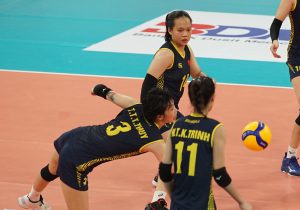