The tournament runs from July 4-7 and the Chinese pair, who are ranked number one, won gold in front of their home fans at the Nantong and Nanjing 2-Star tournaments in June. They also won gold at the 2-Star Zhongwei tournament in September 2018.

Christoph Dressler and Alexander Huber of Austria are the number one ranked men’s team. In March they won their first World Tour gold, in Siem Reap in Cambodia, and in June they topped the podium at the Innsbruck leg of the Austrian Beach Volleyball World Tour.

Behind them at second the rankings are Jiaxin Wu and Likejiang Ha, the highest ranked Chinese team.

The Qidong Open is the eighth World Tour event in China and $50,000 is on offer to the leading teams. 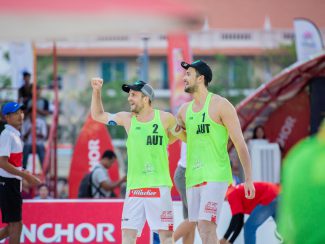 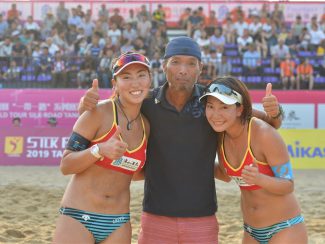