Jiangmen, China, January 9, 2020 – Chinese Taipei saved the best for last on Thursday as the world No.34 overpowered Kazakhstan in thrilling four-setter 19-25 25-11 25-18 25-21 to complete their campaign at the AVC Men’s Tokyo Qualification 2020 at the Jiangmen Sports Centre Gymnasium with the third place in Pool A. 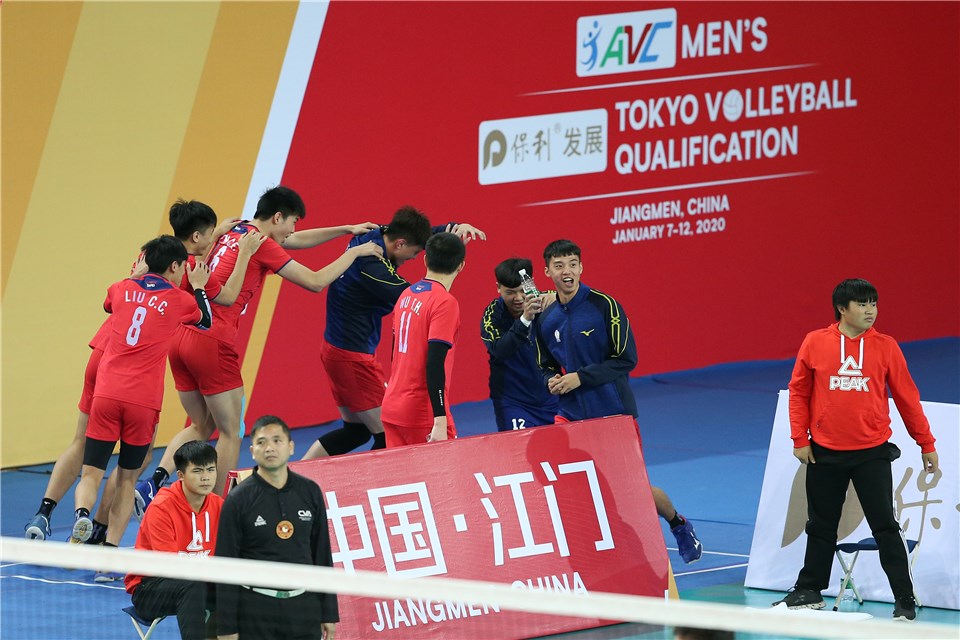 Chinese Taipei had already lost their first two matches comprising a straight-set loss to Iran in their opening match on Tuesday and a 2-3 letdown in the hard-fought clash against China the following day. Going down two losses in a row had entirely dashed their high hopes of advancing to the semi-finals of this top-tier tournament. 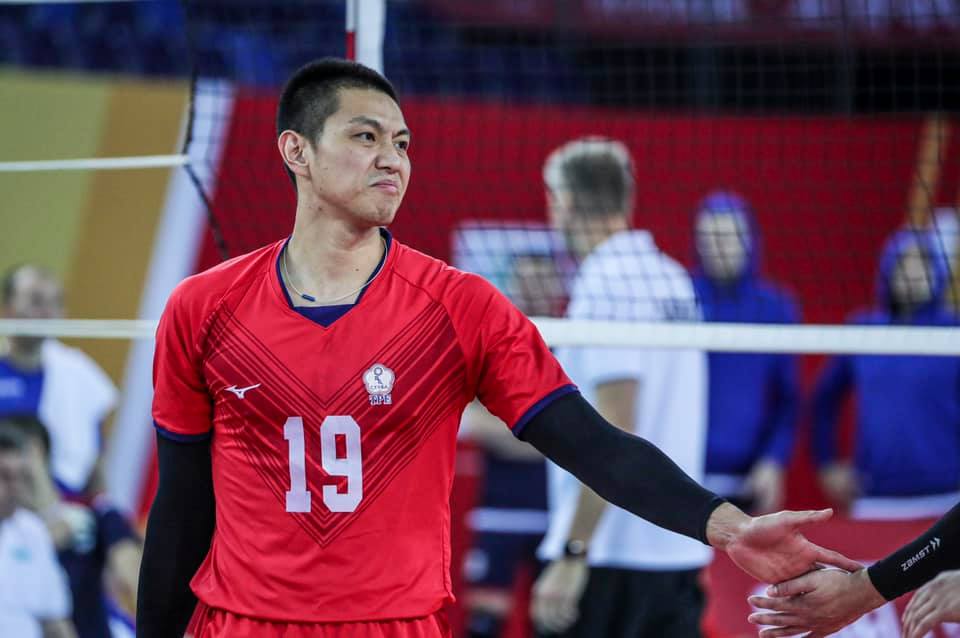 Michshenko was immense for Kazakhstan in the first set, repelling wave after wave of the team’s attacks, while Ustinov carried out powerful jump serves to help the team take the first set 25-19. 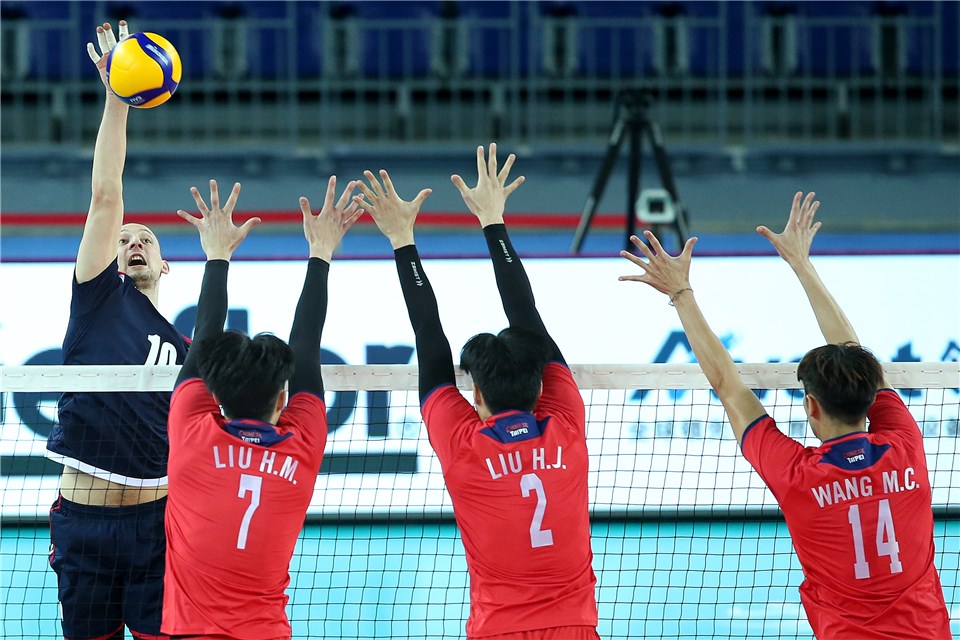 Conceding one set, Chinese Taipei regained their composure in the second set and hit back with aggression and speed and power at the net. Chen Chien-Chen and Liu Hong-Jie spearheaded their majority of the team’s attacks. The on-going game turned out to be a one-way traffic, with Chinese Taipei dominating the whole game to claim the comfortable set 25-11. 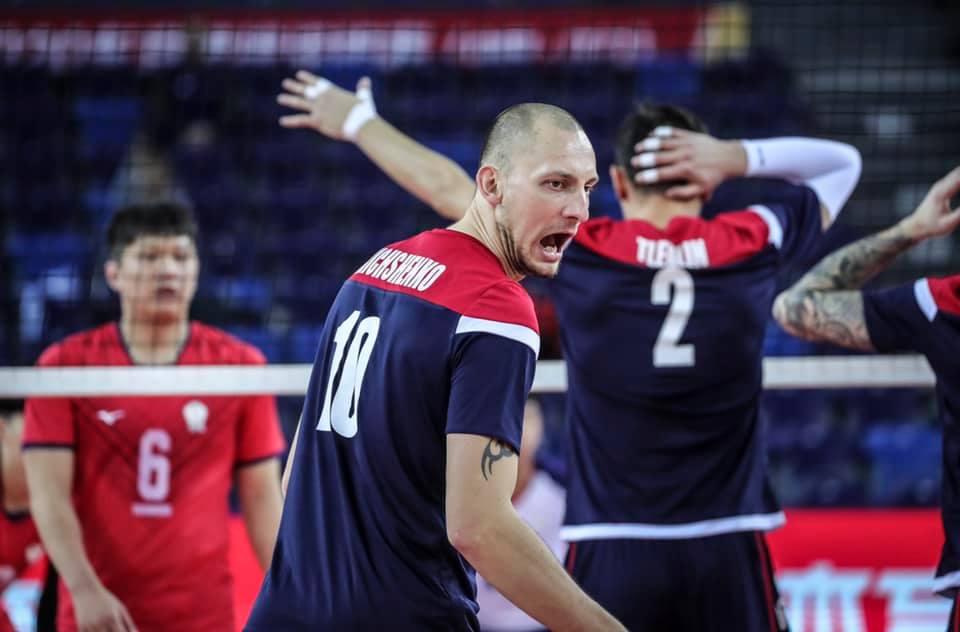 Kazakhstan maintained their poise and tried to make a strong start in the third set but found left-hander Wu Tsung-Hsuan’s powerful jump serves too difficult to cope with and despite staging a fightback, their attempts did not bear fruits. Chinese Taipei grew in confidence and remained consistent in every part of the game to win the set 25-18 for a commanding 2-1 lead. 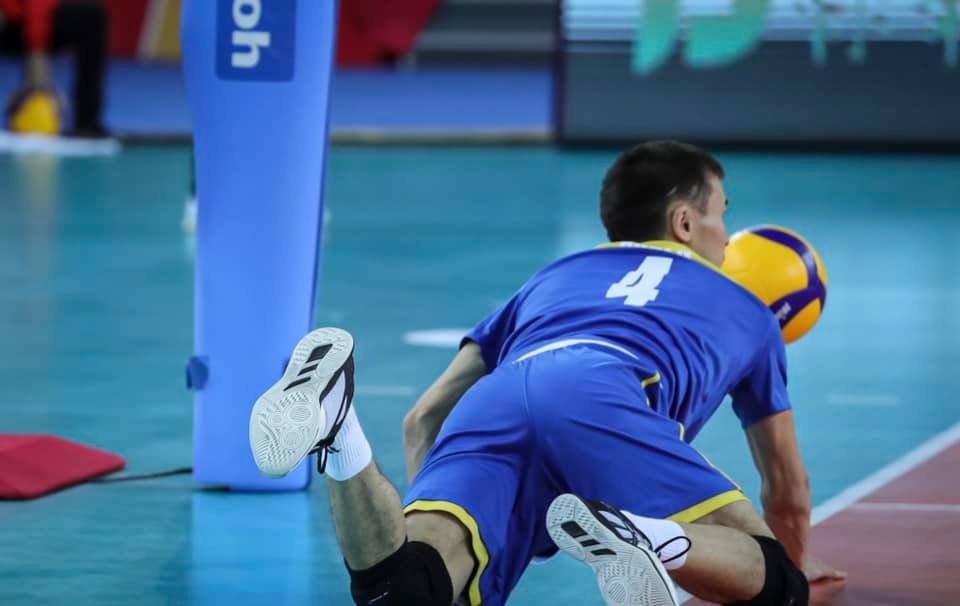 Both teams still faced difficulty at crunch time in the fourth set which saw leads change hands for several times. Chen Chien-Chen and Liu Hong-Jie attacked spectacularly at the net, while Liu Hong-Jie and Chang Yu-Sheng were defending brilliantly, blocking almost everything the rivals could throw at them. Taking a commanding 23-20 lead, Chinese Taipei allowed the tough rivals one more point to capture the set 25-21 and match. 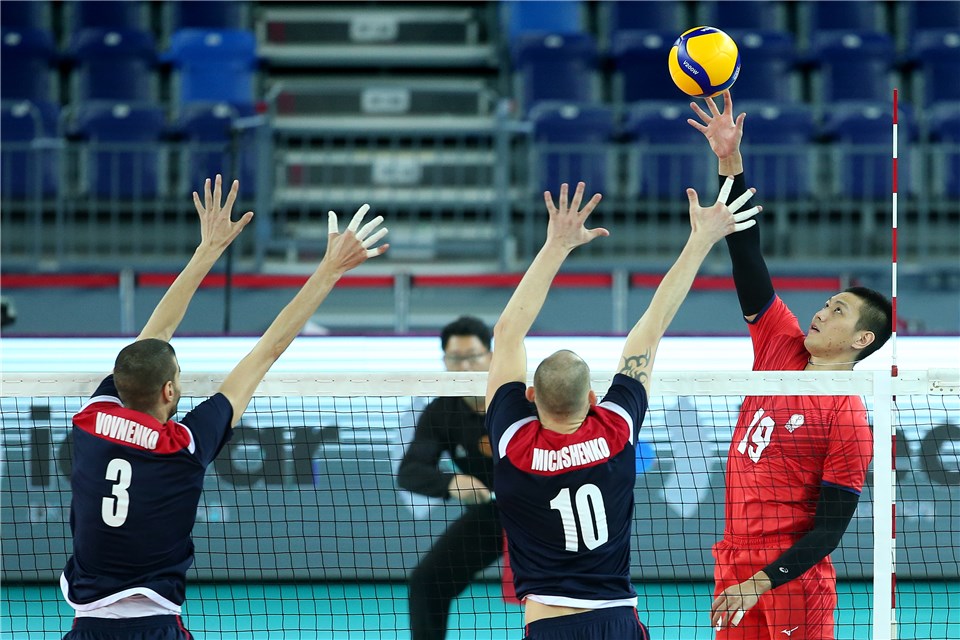 Chen Chien-Chen chipped in with 14 points for Chinese Taipei including 12 attacks from 19 attempts, while Maxim Michshenko led Kazakhstan with 12 points from 11 attacks and one ace.

Kazakhstan head coach Igor Nikolchenko: “Congratulations on the victory to Chinese Taipei. It was quite hard for us. We had half young players and half old ones, thus we didn’t have enough time for training and getting prepare for the tournament. Moreover, some of the players were too tired today, but I think it’s a good experience for us.”

Kazakhstan player Dmitriy Vovnenko: “Congratulations to Chinese Taipei. It was a good match. But today we used some young players and it may be our problems.”

Chinese Taipei head coach Serbian Moro Branislav: “Yesterday we had a big game with China, then we allowed some main players a rest today. Like my captain said, Kazakhstan started very strong today, it’s the youngest team, I also noticed that they have a very promising young setter. Actually Chinese Taipei had some problems with preparation for this tournament as we had four players playing in Japan five days before coming here, and some other players were busy in several commercial competitions in Taipei. ”

Chinese Taipei captain Ju Chien Tai: “Today before match, we found out that Kazakhstan had some fresh blood on court. They performed aggressively especially in the first set, which surprised us. We regained our momentum and played normally afterwards. And I am happy with the victory.” 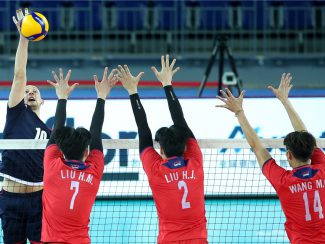 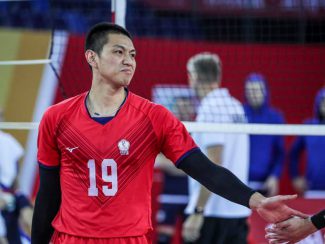 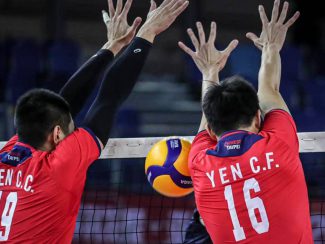 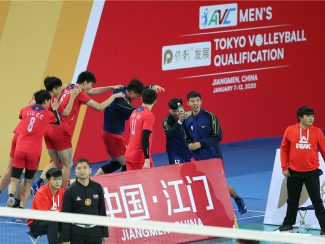 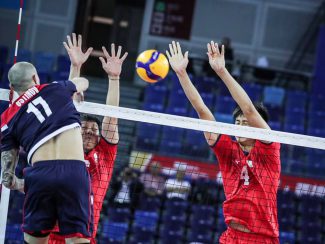 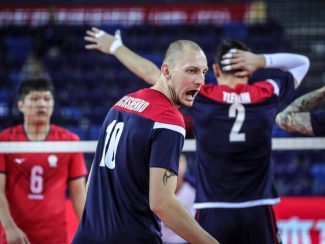 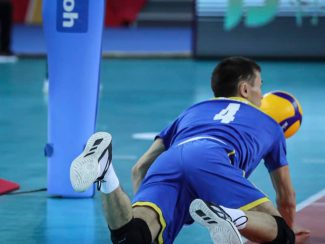 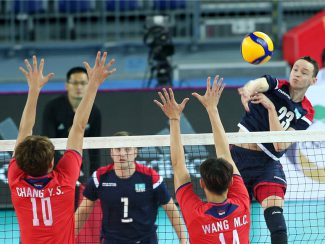 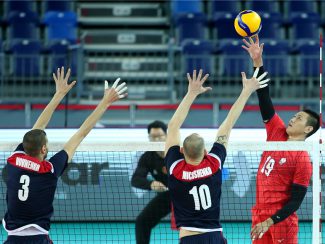 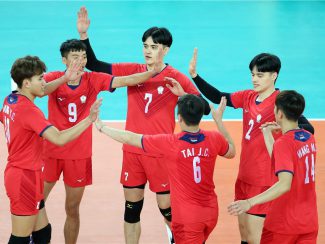