Hamburg, Germany, July 6, 2019 – Packed up and ready to head to Am Rothenbaum Stadium for the gold medal match in the FIVB Beach World Championships presented by comdirect and ALDI Nord on Saturday, Sarah Pavan had a couple of words for partner Melissa Humana-Paredes.

“I said as we left the hotel this morning, ‘We’re going to come back as World Champions’ and we did,” Pavan said. “I don’t even know, we’re so excited.”

In an All-North American final, the Canadian duo topped April Ross and Alix Klineman, 2-0 (23-21, 23-21) to capture that gold medal, prize money of US$60,000 and an automatic qualification spot for their country to the Tokyo 2020 Olympics.

Before an overflow crowd estimated 12,000, Pavan and Humana-Paredes collected the first World Championships medal for their country as they avenged two three-set losses to the Americans from back in May. 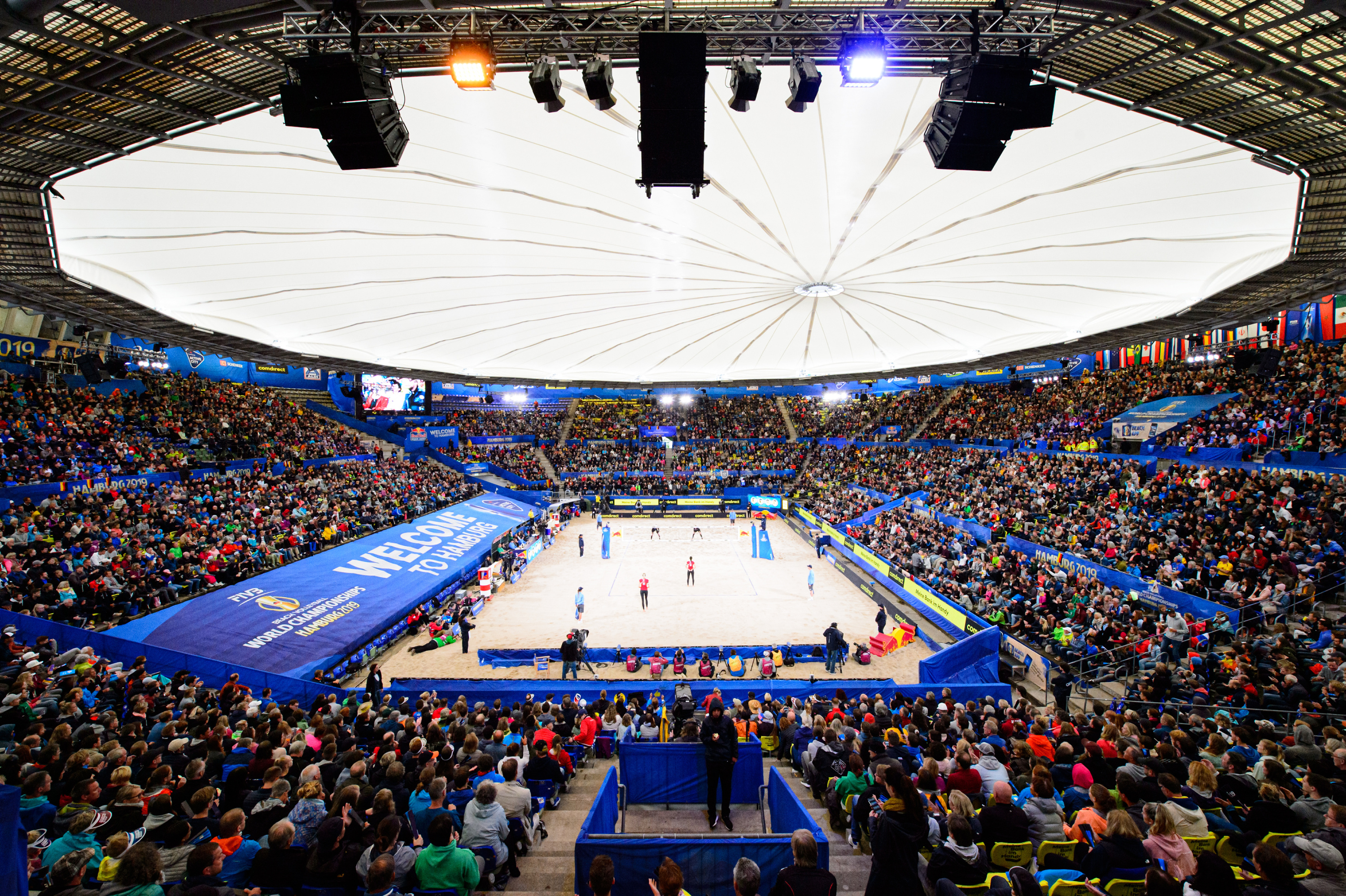 Wow. It feels incredible,” said Pavan, an Olympian in 2016 in Rio de Janeiro. “This is a dream come true. This is something we will carry with us forever. This is our big goal for this particular season, to be World Champions.”

Humana-Paredes, who joined with Pavan in time for the 2016 FIVB World Tour Finals in her hometown of Toronto, struggled to express her joy.

“There are no words,” she said. “The last two weeks have been incredible. We had to fight our way here. It wasn’t an easy route at all and that makes it even more special. It wasn’t pretty at times; it wasn’t the best we’ve ever played but we managed to stay together and fight. It was all heart, we wanted this so bad and now we have it, and it’s the best feeling ever.

“You dream of this moment and you try to think of something smart to say, but you can’t because you don’t know what to say because it’s indescribable.”

The first set turned into a set of runs before the teams settled into a knock-down fight. A block by Klineman gave the U.S. a 7-4 lead, then Humana-Paredes began digging everything in sight to spark a 10-0 run. 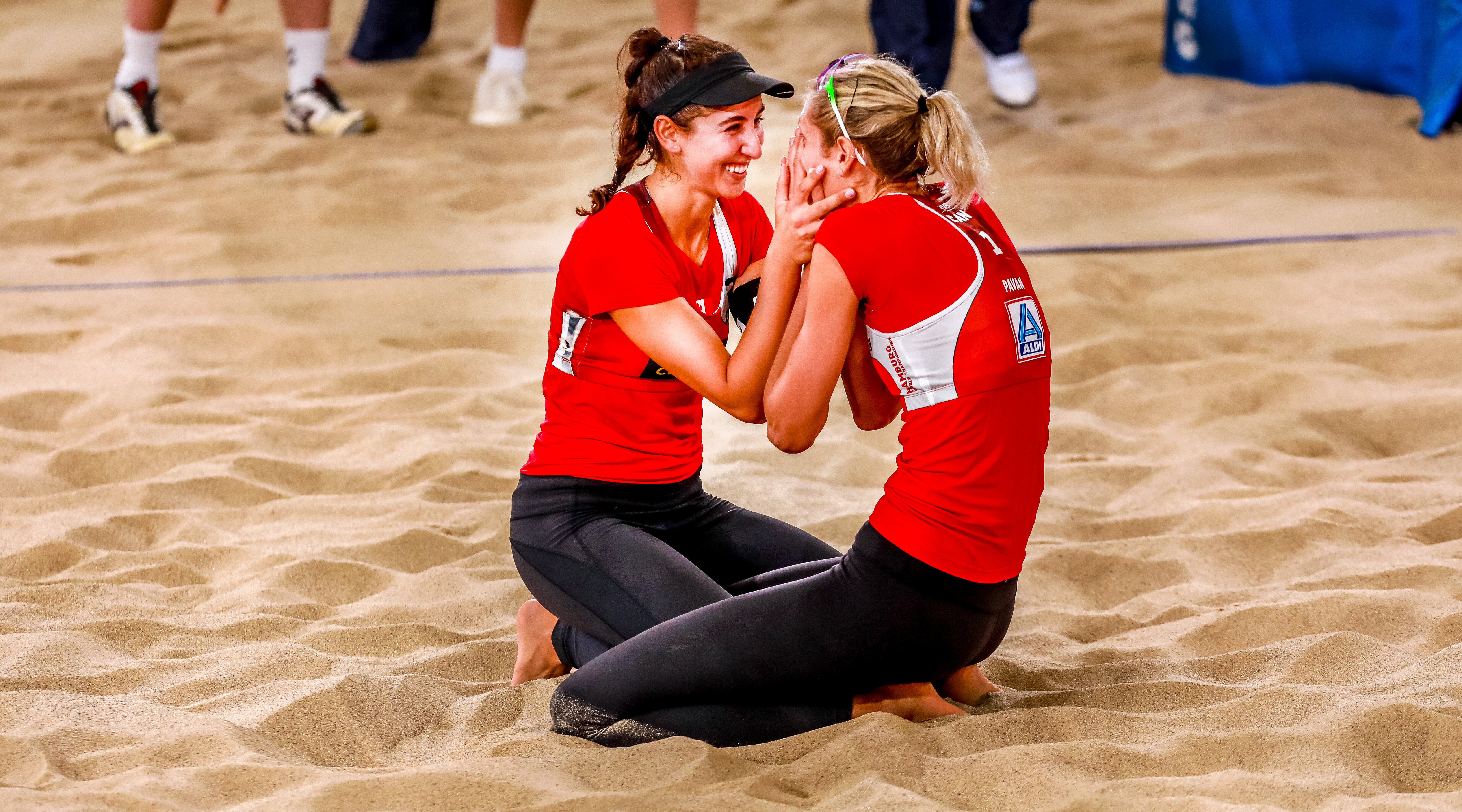 Ross and Klineman responded with an 11-4 run to tie it, but on their fourth set point, Pavan’s block gave the Canadians the one-set advantage.

In the second, Ross and Klineman held a 14-11 lead before Canada fought back. Again, had four chances to end it and again, Pavan delivered a block and the championship trophy was draped in a red-and-white maple leaf flag.

“I’m pretty upset,” Ross admitted. “To get here and have it be Alix’s first World Championships, it would have been so amazing to win the gold.

“We’re obviously very happy to win a silver medal at the World Championships. This is the best I’ve ever done at a World Championships in an Olympic qualifying year by far, and it goes a long way toward Tokyo so we’re proud about that.

“But it stings to not have a gold at World Championships. For me even more it doesn’t matter what match it was, it was how I played, how we played as a team and to not pull that out, it hurts a lot.”

Ross and Klineman shared the US$45,000 second prize and collected a whopping 1,440 points to keep them comfortably ahead of the U.S. ledger in Olympic qualification points.

The Canadians, who entered the tournament ranked sixth in the world, collected 1,600 points to surpass countrywomen Heather Bansley and Brandie Wilkerson in their country’s standings.

Pavan, so overcome by the result in Hamburg, had to be reminded of what was part of the victory.

The race continues next week in Switzerland at the US$600,000 Gstaad Major. 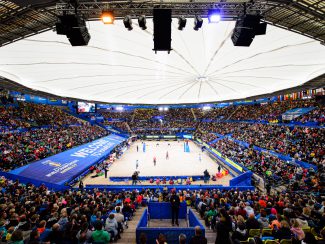 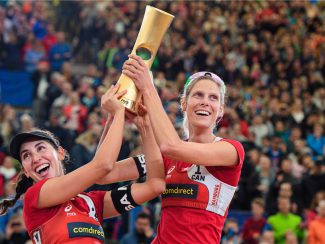