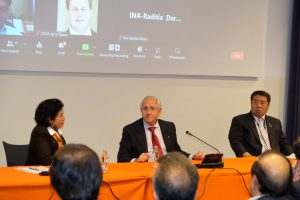 The CEV and AVC General Assemblies and CAVB meeting took place ahead of the FIVB World Congress which gets underway today on 23-25 September. The FIVB President commended the CEV, AVC and CAVB for their commitment to the sport and helping volleyball to grow stronger in Europe, Asia and Africa respectively. 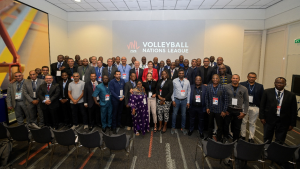 “It was my pleasure to address the European, Asian and African volleyball families ahead of the FIVB World Congress. By sharing our knowledge and experiences with colleagues within and beyond confederations, we can all play a role in helping countries to develop volleyball. This is very important because together, we are truly greater than the sum of our parts.”