Roi Et, Thailand, September 13, 2022 – After capturing gold medal twice in 2018 and 2019, Australians Taliqua Clancy/Mariafe Artacho Del Solar returned to the Asian Senior Women’s Beach Volleyball Championship venue for the first time in three years, making the 2022 edition of the Asian Championship at Ban Nong Ya Ma Community School one of the continent’s most competitive competitions.

Clancy and Artacho Del Solar made it two in succession in the Asian Senior Bech Volleyball Championship consisting of 2018 in Satun, Thailand and 2019 in Maoming, China. However, for Clancy, she had already claimed the Asian title for five times. 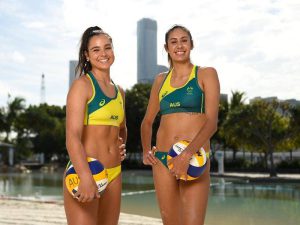 Apart from 2018 and 2019 when she teamed up with Artacho Del Solar, Clancy partnered Louise Bawden to hand Australia the first Asian crown in 2014 in Jinjiang, China and repeat the feat in 2015 in Hong Kong China and 2017 in Songkhla, Thailand. It was the Australia’s overall five titles achieved in the Asian Senior Women’s Beach Volleyball Championship.

Furthermore, Clancy and Artacho Del Solar have already proved their talents with great achievements in major international events including silver medal at the 2020 Tokyo Olympics, bronze medal at the 2019 Hamburg-hosted World Championships in Germany, silver medals at the 2018 Commonwealth Games in Gold Coast and the 2022 edition in Birmingham. This year, the talented Australian duo had already claimed gold medal at the Volleyball World Beach Pro Tour Espinho Portugal Challenge in July.

Therefore, with the Australian duo back in contention, the 2022 Asian Senior Women’s Beach Volleyball Championship between September 14 and 17 in Roi Et becomes an action-packed four days of fun and electrifying matches for all.

Aside from Clancy and Artacho Del Solar, Thailand’s Worapeerachayakorn Kongphopsarutawadee/Tarawadee Naraphornrapat will return to defend their Asian title achieved on home soil in Phuket last year, while Chinese Xia Xinyi is looking forward to her third Asian title this time. Xia sealed her first Asian gold medal in 2016 in Sydney with her partner Xue Chen and won her second in 2020 in Udon Thani, Thailand after teaming up with Wang Fan. This time, she has a new partner in Lin Meimei. Meanwhile, a total of 32 teams will test their mettle in the main draw, divided into 8 pools (Pools A, B, C, D, E, F, G, H) of four teams apiece. Teams will compete in the pool round-robin preliminaries, with top two teams from each pool advancing to the single elimination round – round of last 16, quarterfinals, semifinals and final. 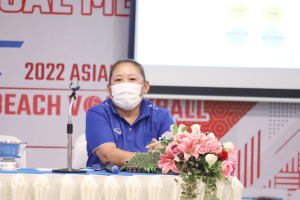 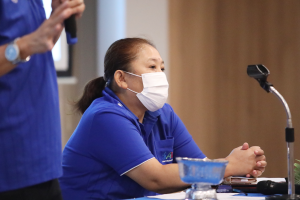 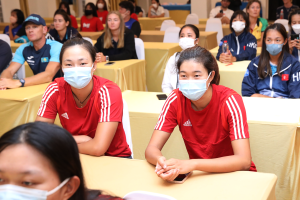 The topflight championship will kick off its pool round-robin preliminaries on September 14 from 08.00am local time, with Thailand 3 taking on Philippines 1 in Pool D at the Centre Court. Apart from the Centre Court, the other three competition courts will also be the battle ground of this championship. The opening ceremony will take place at 01.15pm local time, followed by the afternoon encounters from 2pm. 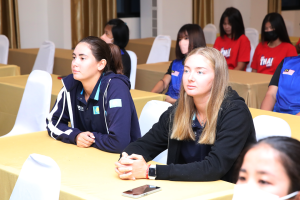 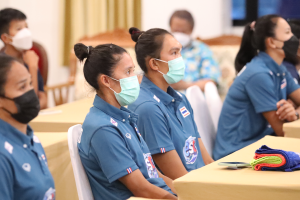 Meanwhile, the General Technical Meeting of the 2022 Asian Senior Women’s Beach Volleyball Championship was held at the M Grand Hotel here on Tuesday, with Technical Delegate Mr Kritsada Panaseri from Thailand and Referee Delegate Ms Mariko Satomi from Japan jointly presiding over the team briefing and conducting the drawing of lots. 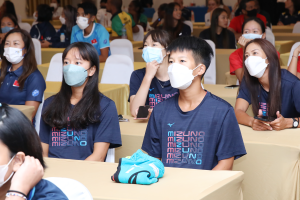 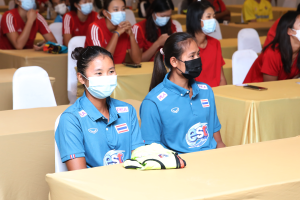 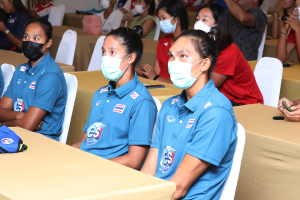 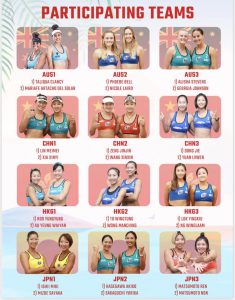 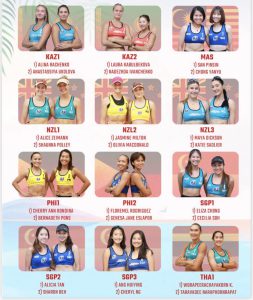 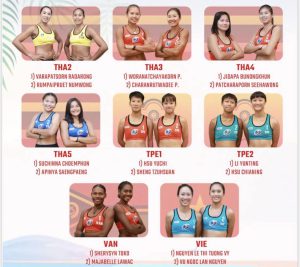 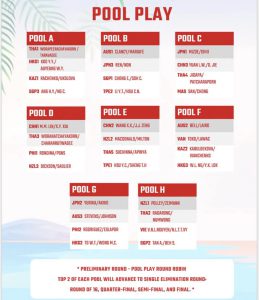 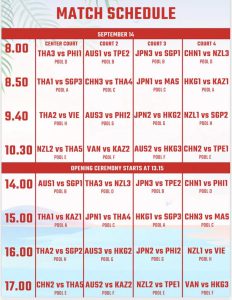 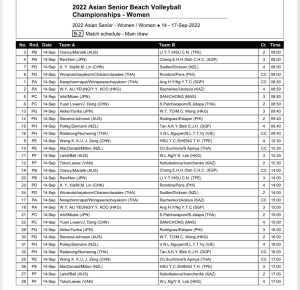