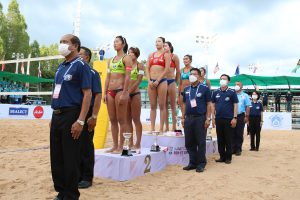 Wang and Zeng, quarterfinalists at the 2018 Asian Games in Palembang, Indonesia, survived a huge scare from Thailand 1’s Worapeerachayakorn and Tarawadee in the morning semifinals. The Thai top seeds had initially been tipped to dominate the three-day event, but Chinese Wang and Zeng proved them wrong. 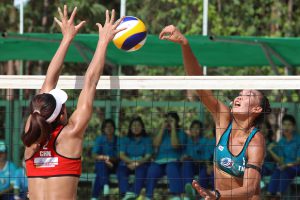 Against the local hopefuls in the semifinals, Wang and Zeng made a solid start to take the first set 21-15, but went down in a hard-fought second set 22-24, forcing the tiebreaker to determine the eventual winners in this tough battle. 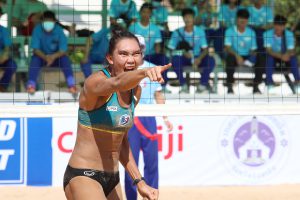 In the deciding set, Worapeerachayakorn and Tarawadee overcame a shaky start to turn things around and surge into a two-point lead at 13-11, only two points away for a place in the final showdown. However, things turned sour for the Thai pairing. Wang and Zeng netted a crucial point to narrow the gap 12-13 and after that, produced well-placed serves to bag two points in a row to overtake the Thais 14-13. From then, both sides poured everything to win the set and match. Levelling 17-17, the Chinese duo cruised on to close it out at 19-17. 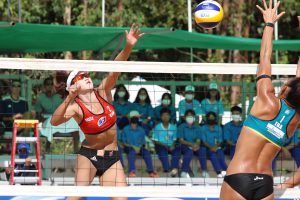 Wang and Zeng advanced to the final showdown, where they were due to take on Japanese second seeds Miki Ishii/Sayaka Mizoe. 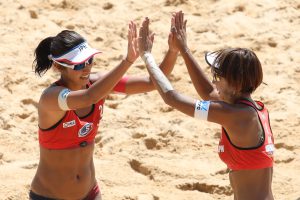 The Japanese duo also faced a daunting task in their semifinal clash against Australians Phoebe Bell/Nicole Laird. Ishii and Mizoe claimed the first set 21-17, but lost the hard-fought second set 20-22. The Japanese played every part of the game well to win the third set 15-11 and a spot in the final. 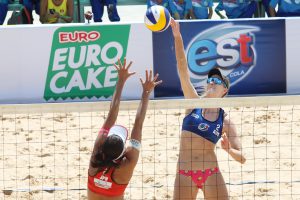 In the third-place playoff encounter, Thai top seeds Worapeerachayakorn and Tarawadee lived up to all expectations to power past Australian sixth seeds Phoebe Bell/Nicole Laird in thrilling two-setter 21-19, 21-18 to bag bronze medal. 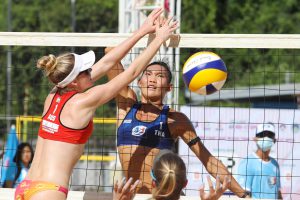 The Australian duo were also strong as, to their name, they won their first Women’s Elite Australian Championships title this year and silver medallists at the Volleyball World Beach Pro Tour at Coolangatta Beachfront in Gold Coast in April. 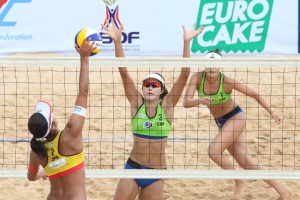 In the highly-anticipated final showdown, Chinese Wang Xinxin and Zeng Jinjin struggled hard to see off Japanese Ishii and Mizoe in thrilling straight sets 21-19, 24-22 to capture the crown. 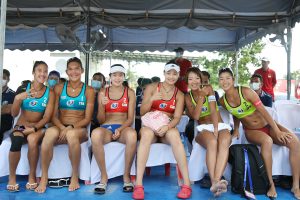 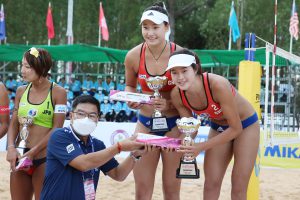 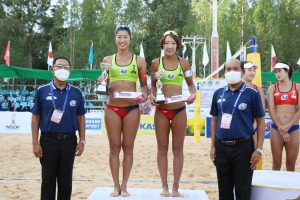 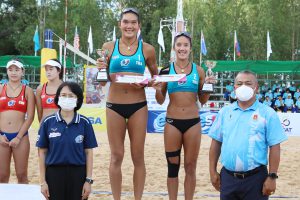 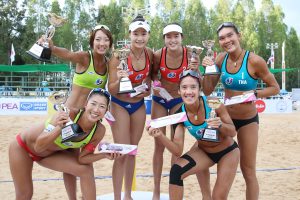 The inaugural AVC Beach Tour Roi Et Open came to a close on Monday, but Roi Et is set to host another major competition in the 2022 Asian Senior Women’s Beach Volleyball Championship between September 14 and 17, 2022 at the same competition venue at Ban Nong Ya Ma Community School. Stay tuned for the continent’s topflight beach volleyball tournament. 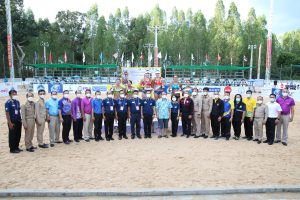 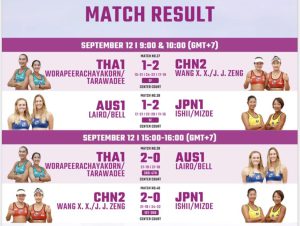 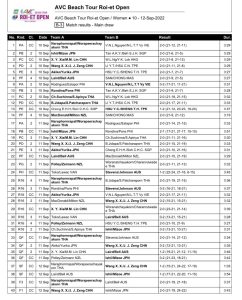 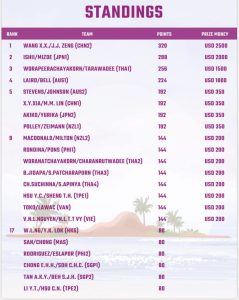