In the semi-finals on Saturday, Nepal, which captured the historic gold medal at the recent Asian Senior Women’s Central Zone Championship in Bangladesh, pulled off a stunning 3-0 (25-14 25-18 25-21) win against the Sri Lankans, silver medallists at the previous Games in Guwahati, India in February 2016. Following the crucial win, Nepal, powered by talented Pratibha Mali, who won the MVP and Best Spiker Awards at the Asian Senior Women’s Central Zone Championship, will go up against the fully-fledged India, which had beaten the host side in straight sets in their first encounter here on November 28, in the gold-medal match on Tuesday, December 3.

India, the only team which have yet lost a set to their respective rivals, also made their mark in the other semi-final match on Saturday after brushing off Maldives in comfortable straight sets 25-14 25-6 25-17. 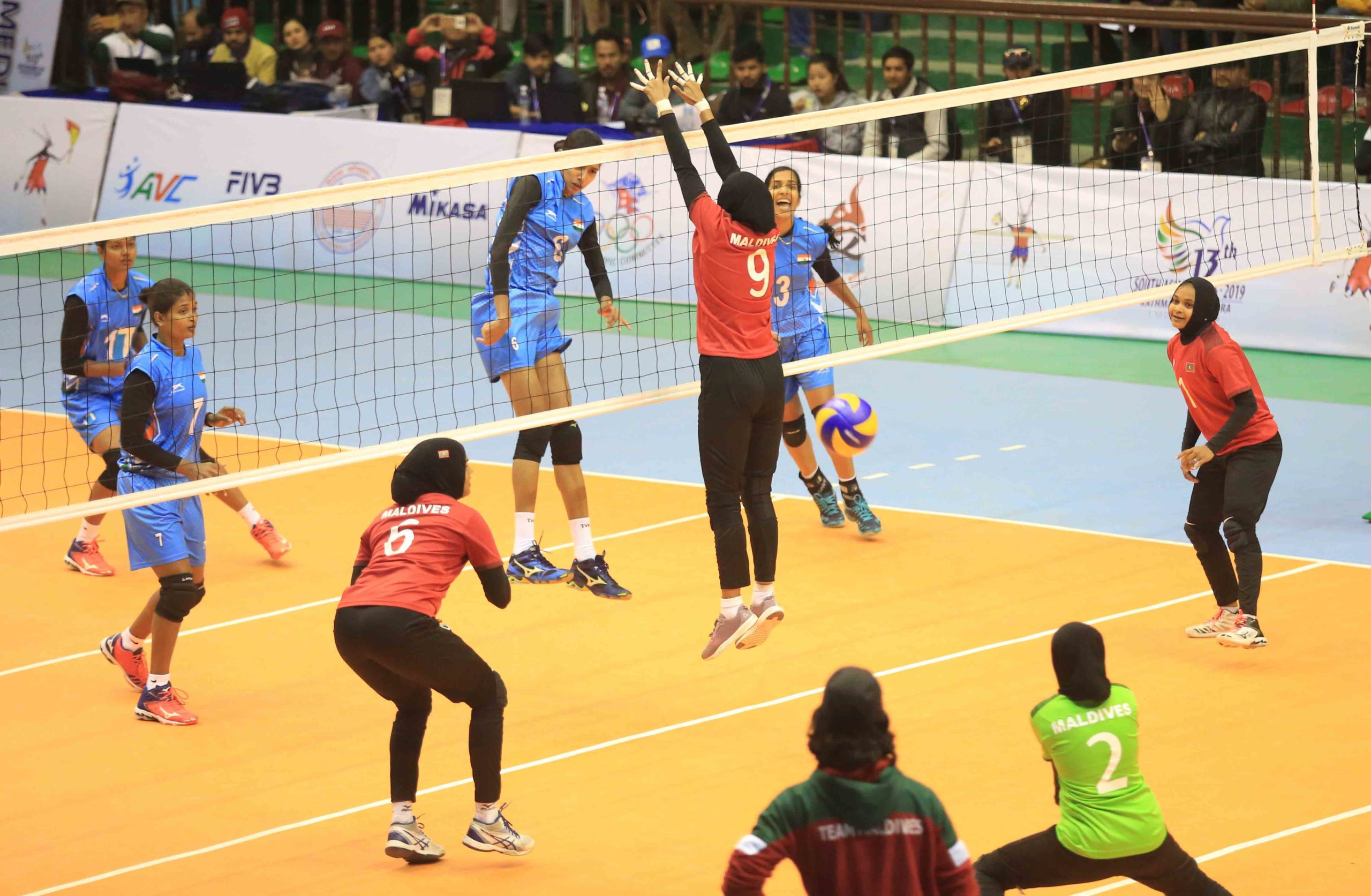 As hosts Nepal will play a rematch against India in the women’s showdown of the 13th edition of the South Asian Games, the biennial multi-sport event held among the athletes from South Asia, the two losing teams, Sri Lanka and Maldives, will battle it out in the third-place playoff for bronze medal on Monday, December 2. In the men’s event, Pakistan, which finished 7th place at the recent Asian Senior Men’s Championship in Iran, produced a 3-1 comeback win against Sri Lanka, going down in the closely-contested first set 28-30 to win the remaining three sets 25-18 25-20 25-21. 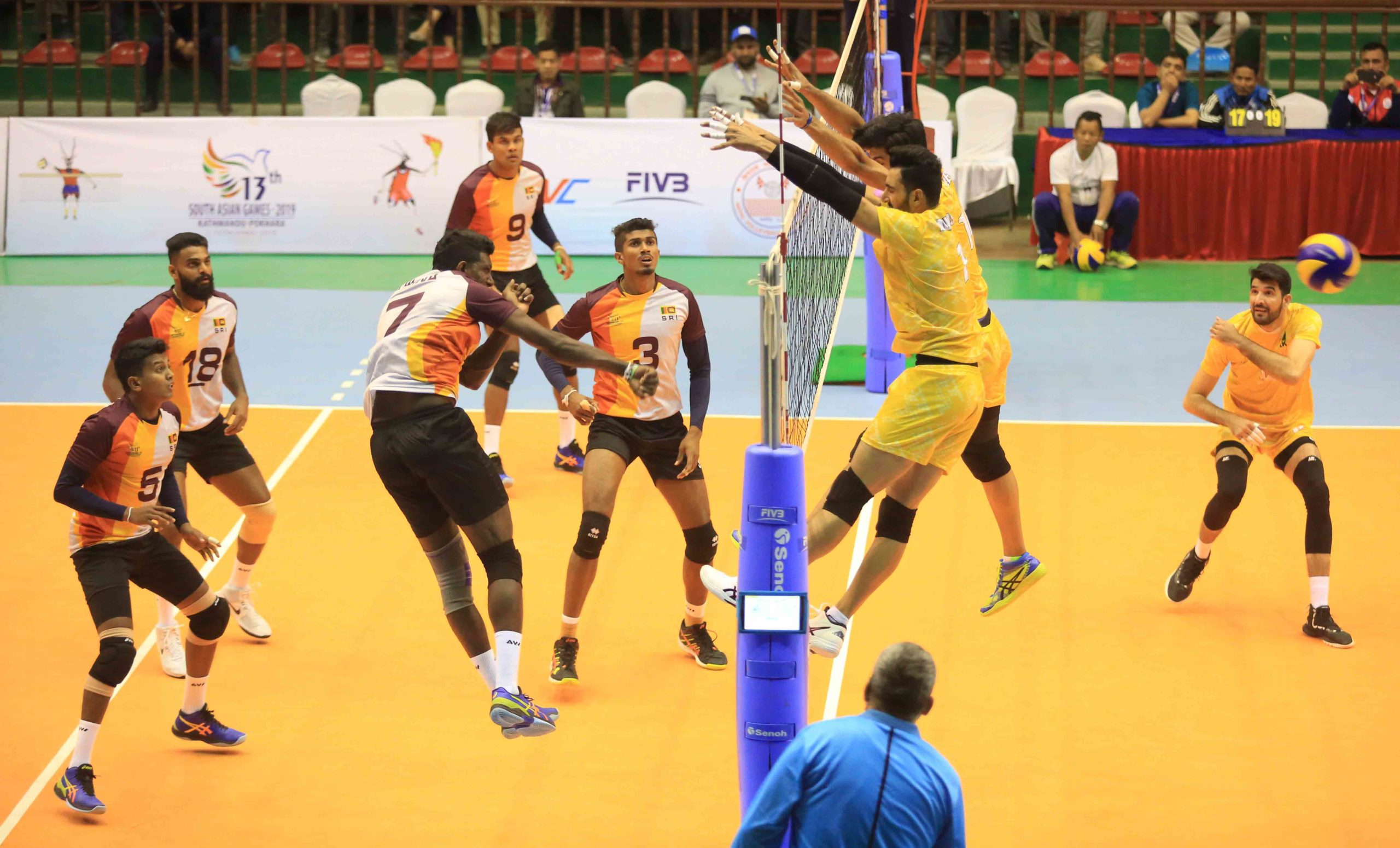 At the end of the pool round-robin preliminaries on Saturday, Pakistan emerged as the Pool B winners with 6 points from two straight wins. Sri Lanka, which saw off bottom side Maldives 25-18 25-23 25-17 on Friday, finished second with 3 points from one win against one loss, while winless Maldives came in third place to crash out of the competition. The Pool A encounters finished earlier on Friday, with defending champions India making a clean sweep with 6 points from two consecutive victories. Bangladesh came in second place with 2 points from one win against one loss, while hosts Nepal did not win a match to complete their first-round campaign in third place with only one point. 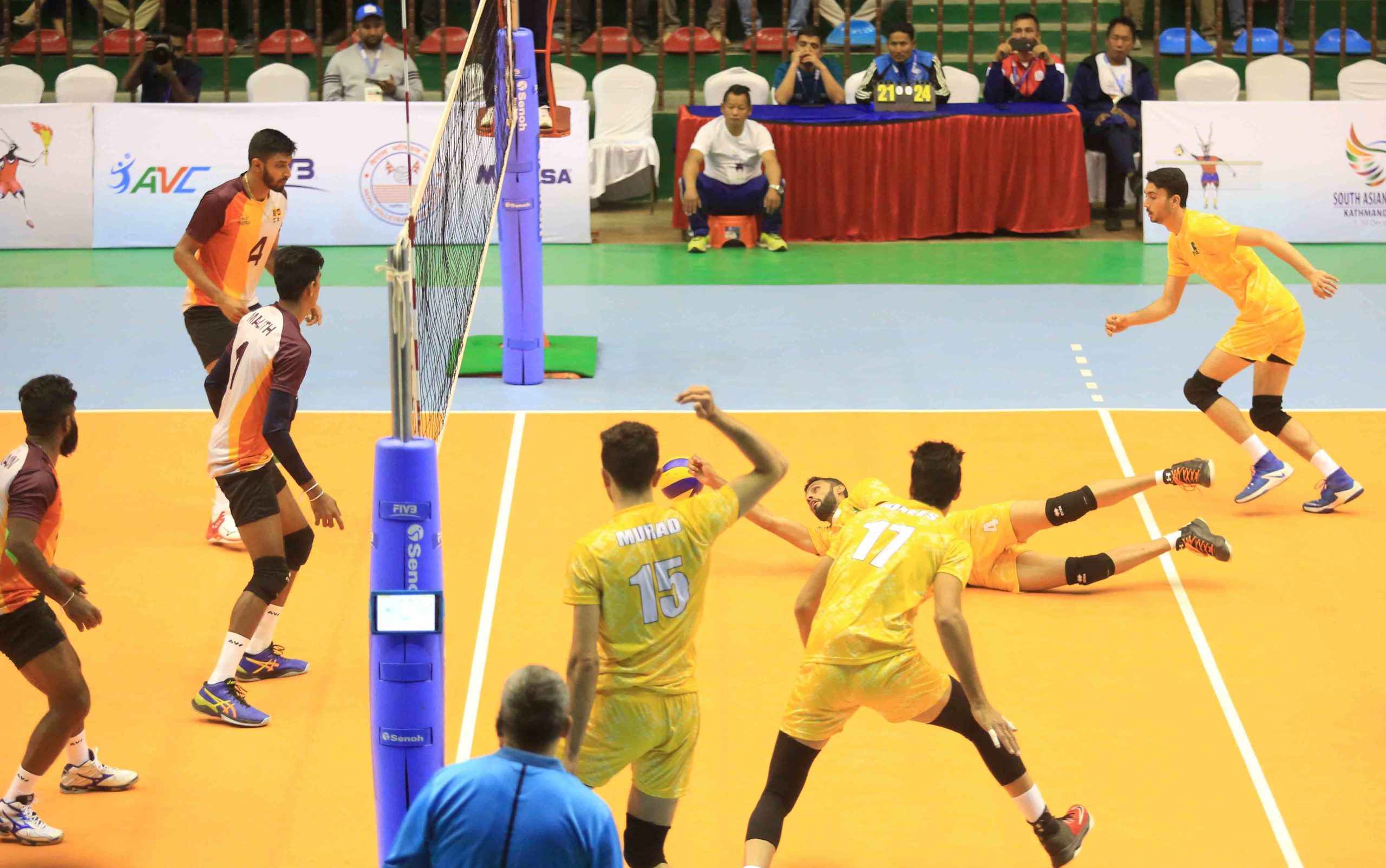 In the Sunday’s semi-finals in the men’s event, Pool A winners India will take on Pool B runners-up Sri Lanka, with Pool B winners Pakistan challenging Pool A runners-up Bangladesh.