Kathmandu-Pokhara, Nepal, December 1, 2019 – Regional powerhouses India made a step closer to a successful title defence at the 13th South Asian Games volleyball competition at Tripureswor Covered Hall in Kathmandu after powering past determined Sri Lanka in hard-fought four-setter to set up a highly-anticipated final clash against Pakistan on Tuesday.

In a rematch of the 2016 final, India, which are competing in Nepal as their tune-up games prior to their departure for the AVC Men’s Tokyo Volleyball Qualification 2020 in Jiangmen, China between January 7 and 12, struggled hard in the opening set against Sri Lanka to win a see-saw battle 27-25. 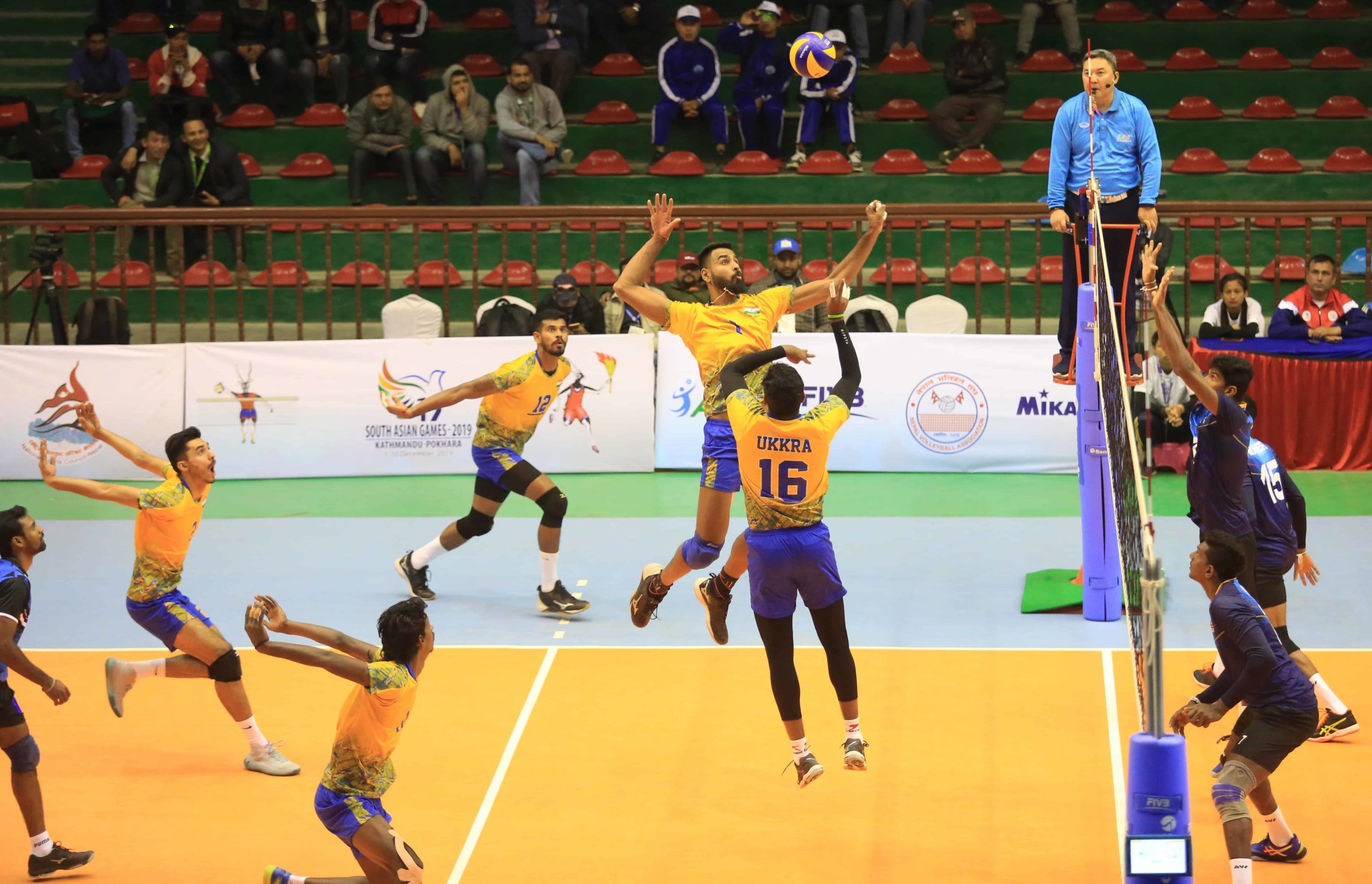 However, the Indians, under the close supervision of coach G.E. Sridharan, a former India men’s national team player from Tamil Nadu who won the Arjuna Award in 1982 and Dronacharya Award in 2008, cruised more comfortably in the second set, which they won 25-19 to stretch it to 2-0. 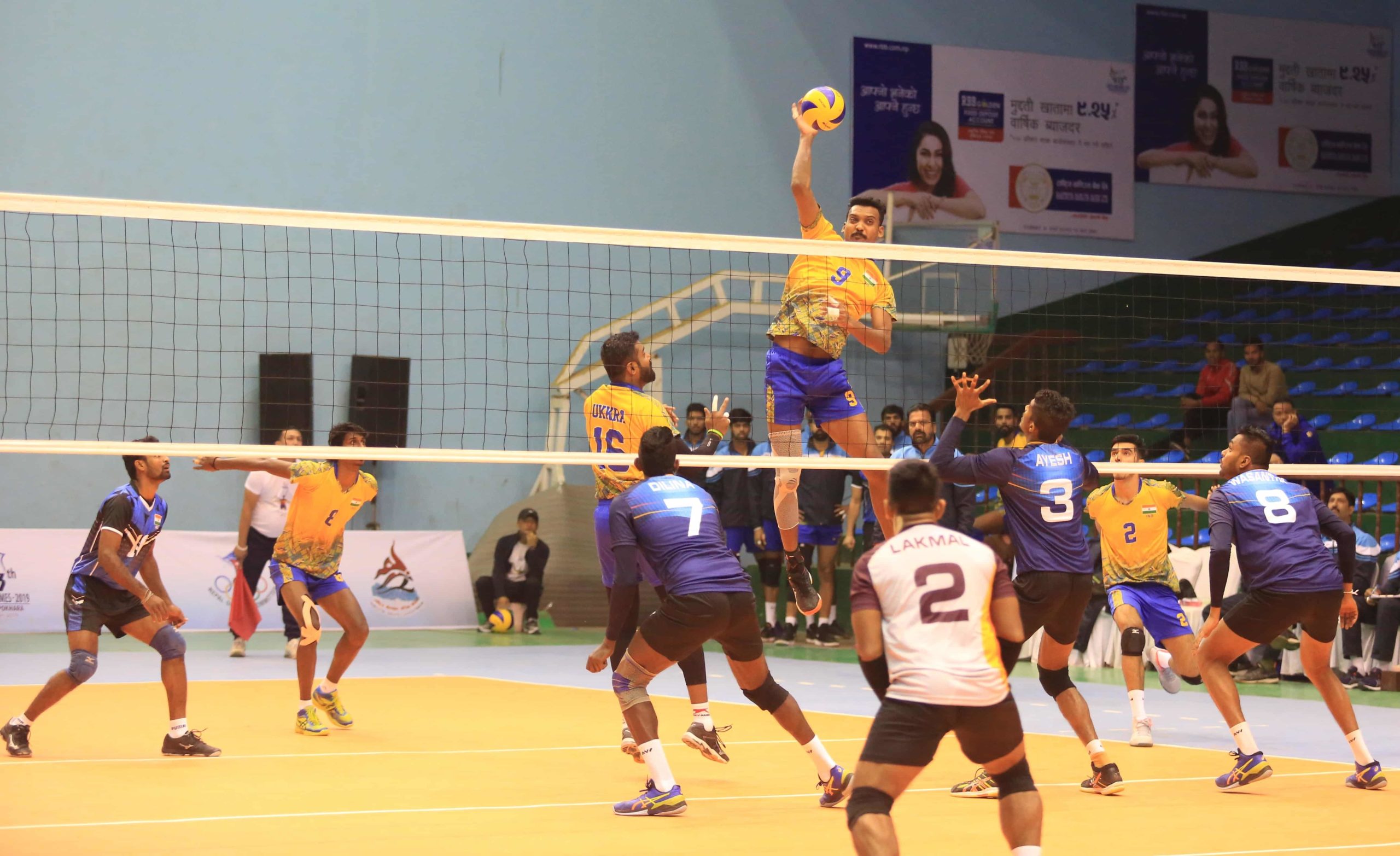 Sri Lanka, which claimed silver medal at the previous South Asian Games in India but finished a distant 14th at this year’s Asian Senior Men’s Championship in Tehran, Iran, produced some sensational defending which kept them comfortably in front to clinch the third set 25-21. However, India got it back on track with some spectacular attacks and well-placed serves to capture the fourth set 25-21, match and a final berth. 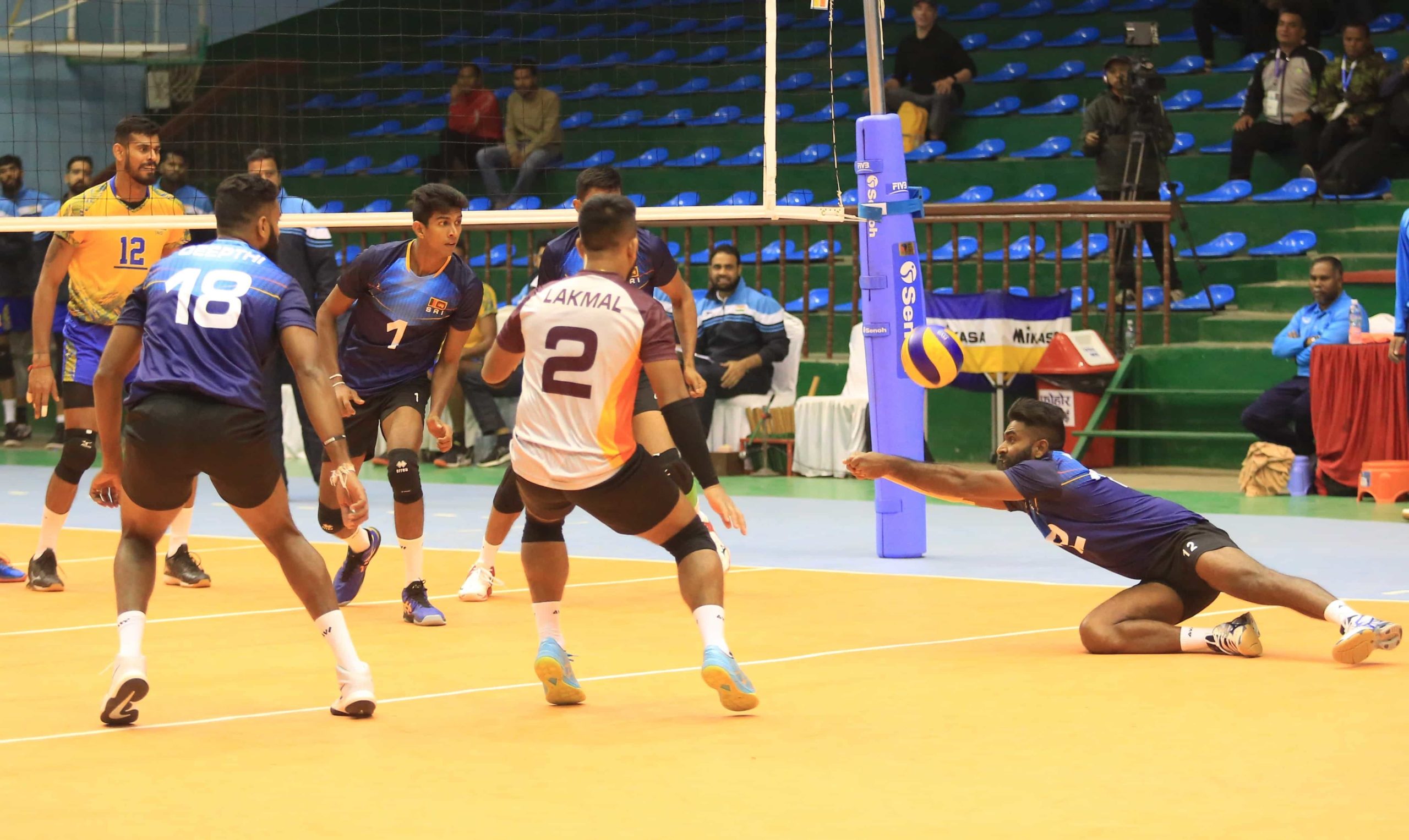 The dramatic win gave India a chance to make amends for the two major losses to arch rivals Pakistan in the last year’s Asian Games in Indonesia and the recent Asian Senior Men’s Championship in Iran. India and Pakistan will face off for supremacy on Tuesday.

In the other semi-final clash on Saturday, Pakistan, bronze medallists at the previous Games in India in 2016, proved a tough nut to crack for Bangladesh to pull off a straight-set 25-15 25-21 26-24 win for a place in the final showdown. 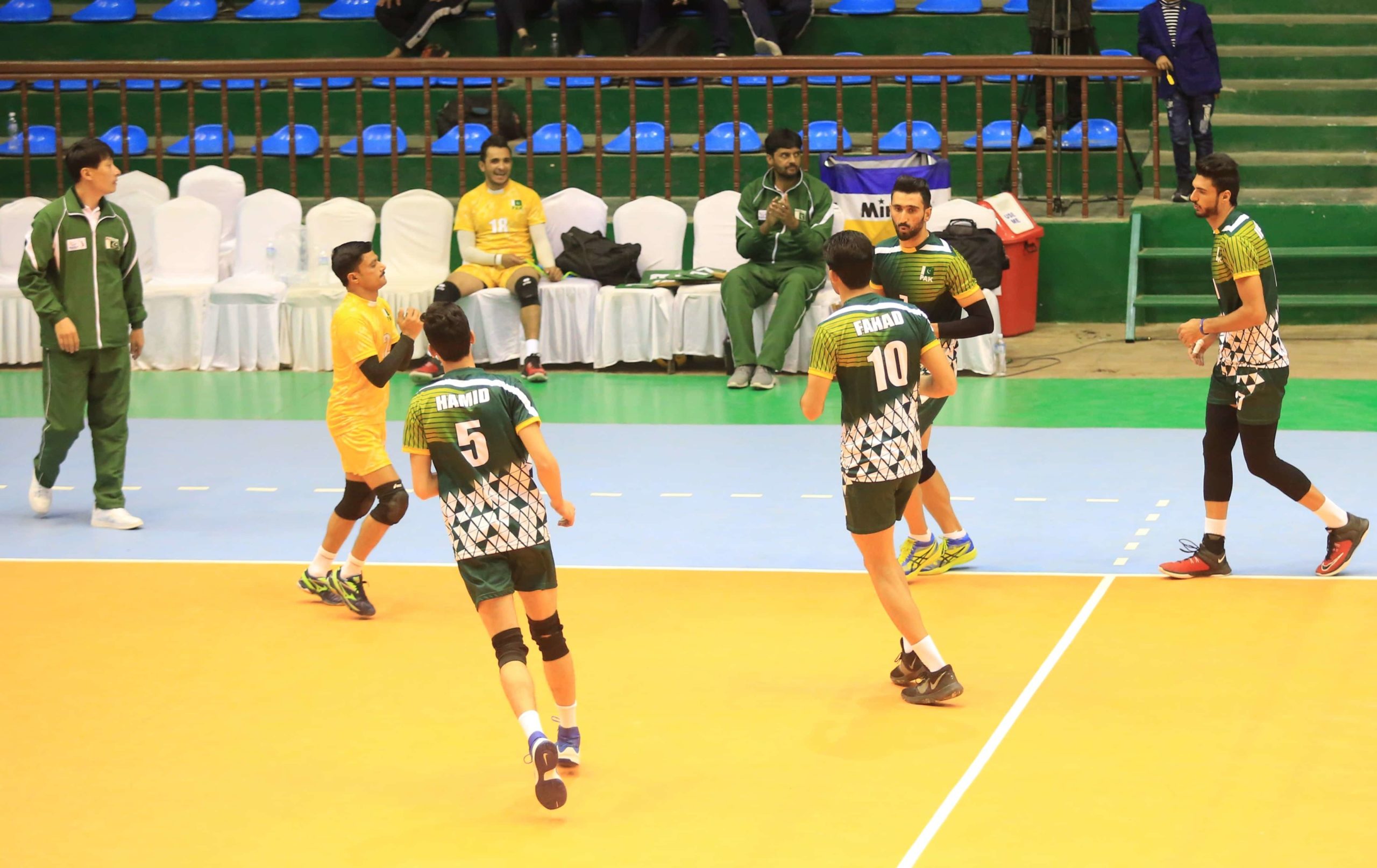 On Tuesday, India make it to the final showdown in both men’s and women’s competitions. Defending champions India and Pakistan will battle it out for the men’s title, while title-holders India set up the women’s final showdown against hosts Nepal, champions at the recent Asian Senior Women’s Central Zone Championship in Bangladesh. 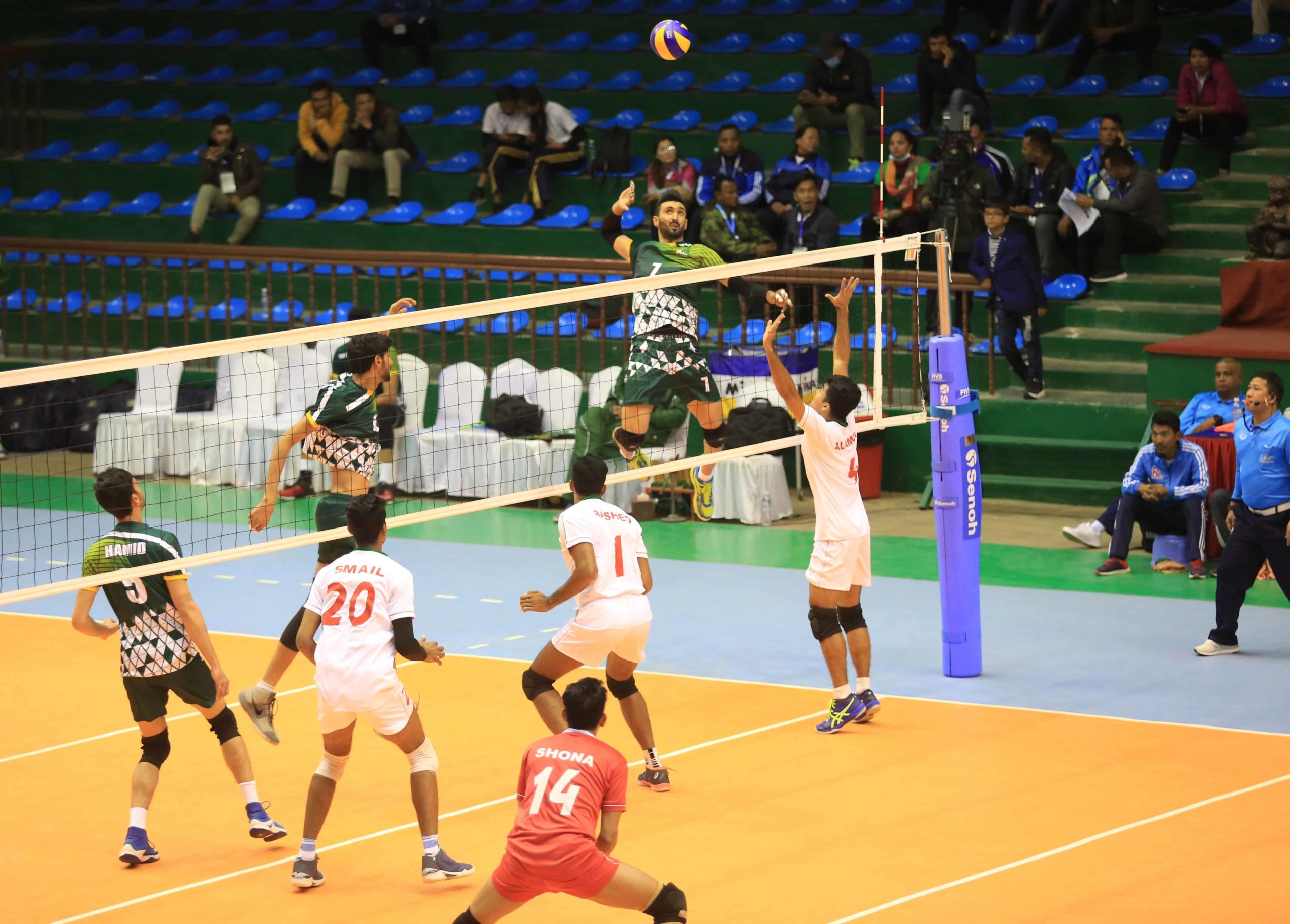 The third-place playoff encounters in both men’s and women’s events will be held on Monday. Sri Lanka and Maldives will fight for the women’s bronze medal, with Bangladesh testing their mettle against Sri Lanka to vie for the men’s bronze medal.

Volleyball was the very first sport discipline to be held in this 13th South Asian Games from November 27 to December 3, 2019, while beach volleyball will get off the ground for the first time in history in this biennial multi-sport event to take place in Pokhara from December 5 to 8.

The 2019 South Asian Games, the 13th edition of the competition, officially kicked off with colourful opening at Dashrath Stadium in Kathmandu on Saturday. Athletes from seven participating countries – Bangladesh, Bhutan, India, Maldives, Pakistan, Sri Lanka and Nepal, paraded into the stadium during the opening ceremony. Hosts Nepal welcomed all visitors with impressive performances and a spectacular firework display.

This is the third time Nepal is hosting the event, with the first being organised in 1984 and then in 1999. 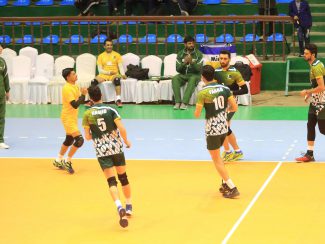 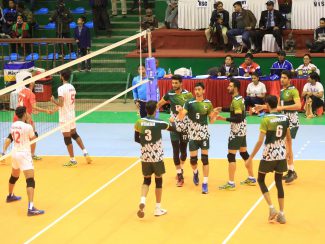 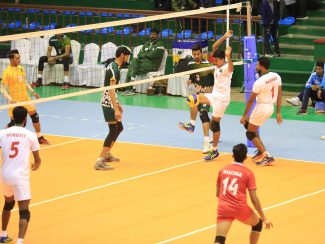 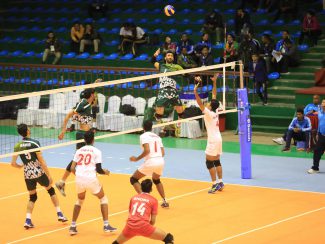 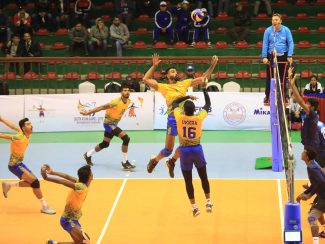 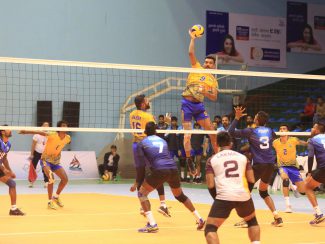 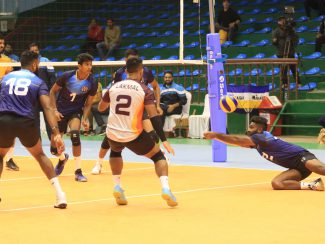 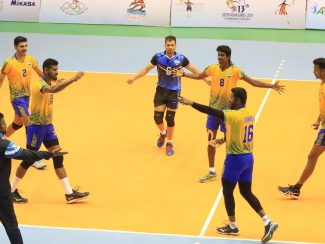