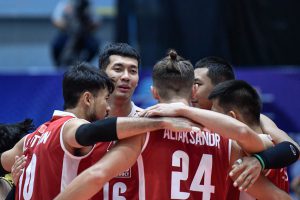 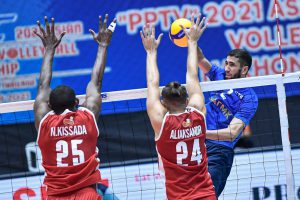 In the second set, both teams were levelled 10-10, but triple blocks of Kissada Nilsawai, Anuchit Phakdeekaew, and Kittikun Sri-utthawong helped Diamond Food advance to 19-16. However, Sajar Akhtamov saved the day for AGMK when he produced huge blocks to narrow the margin 18-19. Soon after that, Diamond Food effectively blocked the Uzbek attacks and tore their defense apart with their powerful attacks to close the set 25-18 for a 1-1 tie. 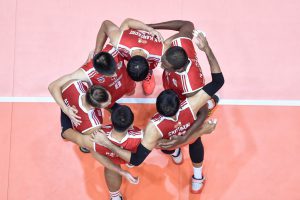 AGMK took an early lead 4-1 in the third set, forcing Diamond Food head coach Somboon Nakpueng to call a timeout to improve their fortunes which helped them take the narrow 16-15 lead. However, the strong visitors came up with their exceptional tactics and form to win the close set 25-23 to widen the gap to 2-1. 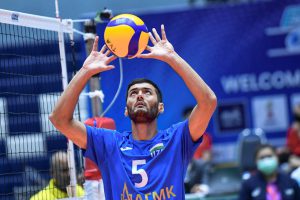 Diamond Food came into the court in the fourth set with the winning attitude as they took the lead 10-7 and left the Uzbeks with just two-point advantage at 16-14 at the second technical time-out. The substitutions fielded by Aziz Teshabaev, head coach of AGKM, could not make any changes as the determined Thais moved on to take the hotly-contested set 25-23, forcing the decider. 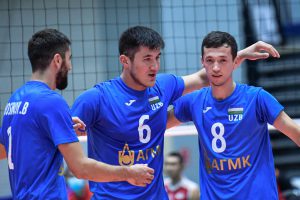 In the do-or-die tiebreaker, Diamond Food gained the upper hand to take an initial 8-7 lead. Nonetheless, AGMK did not want to surrender easily, hitting back gallantly to catch the tough opponents at some crucial moments but Diamond Food continued to seal the deal on exciting fashion 15-13. 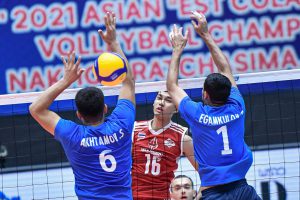 “Our playing went on a bit unstable today as a Belarusian setter has just come join our team recently and had no time to adapt himself to other players. We hope to do better in the following matches,” Diamond Food’s Kantapat Koonmee commented after the match. 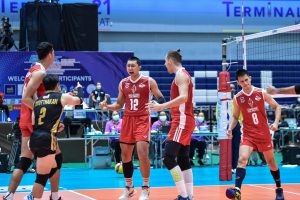