Nakhon Ratchasima, Thailand, October 8, 2021 – Iran’s Premier League champions Sirjan Foulad Iranian got off to a superb start in the 2021 Asian Men’s Club Volleyball Championship following a sensational 25-15, 25-22, 25-5 victory over Rebisco Philippines in their opening Pool B match at Terminal 21 Hall here on Friday. 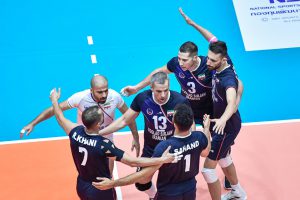 The match turned out to be a one-way traffic, with the Iranian side taking dominance for most of the time, ending the match in comfortable three sets. 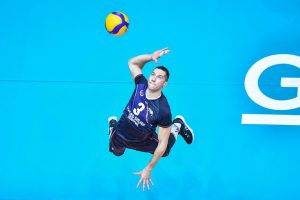 Sirjan Foulad began the first set with an initial 4-2 lead and enlarged the margin before winning the lopsided win 25-15 with a direct attack by Ramin Khani. 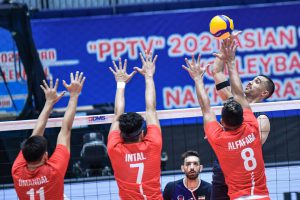 Despite the 2-2 tie in the second set, Rebisco fought hard to match the mighty attacks of the Iranians. Sirjan Foulad reached the first technical timeout 8-5 and went on their superb form to clinch the thrilling set 25-22. 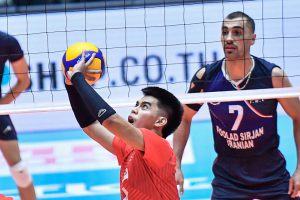 Sirjan Foulad Iranian managed to give Rebisco more trouble in the third set as they left the Filipinos far behind behind 11-1. Rebisco regrouped to make amends for a sudden slump, but still found Sirjan Fould too strong to deal with. The Iranians sealed the totally one-sided set 25-5 and the match. 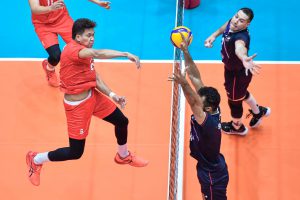 Rebisco Philippines will next play Uzbekistan’s AGMK in their second Pool B match on Saturday, while Sirjan Foulad Iranian will have a rest day and will next challenge AGMK on Sunday in their second preliminary encounter. 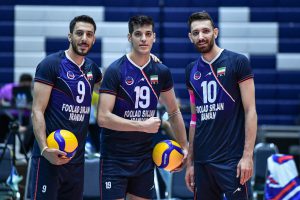 Mohammad Sadeghi and Ramin Khani similarly tallied 9 points apiece to lead a bevy of strong hitters of Sirjan Foulad Iranian to their first victory in the one-week championship. 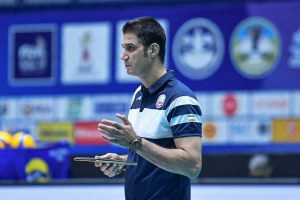 Saeid Rezaei, head coach of Sirjan who was one of the first legionnaires of Iran in Italy in his playing time, said after the match, “We won as predicted. We will have our analysis on the match-to-match basis.” 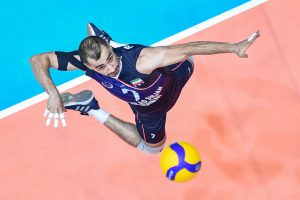