NAKHON RATCHASIMA PUT IT PAST FIGHTING KSC IN THRILLING TIE-BREAKER 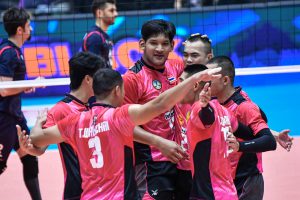 The six-time Thailand League winners Nakhon Ratchasima, led by veteran Wanchai Tabwises and tall Thanat Bamrungpakdee, made a good start and preserved their rhythm to take the close first set 25-22. Kazma Sport Club fought back in the second to make amends for the first-set loss. Their great determination paid off impressively when they clinched the set 25-19.

Holding a 1-1 advantage, Nakhon Ratchasima found the Kuwaiti rivals, strengthened by ace spiker Elvis Contreras from Dominican Republic, too hot to handle to go down 18-25 in the third set. 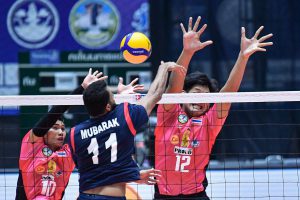 The fourth set was more thrilling as Nakhon Ratchasima regained their composure and hit back gallantly to catch Kazma Sport Club at 11-11. Despite a strong fightback from the Kuwaitis, the home side still had enough in their tank to hold the tough rivals off for the commanding 22-19 lead. Brazilian Fabiano Preturlon, head coach of Kazma Sport Club, called a timeout to mark some points, but the Thais showed dominance and went on to win the set 25-21, forcing a decider. In the tie-breaker, leads changed hands for several times, but Nakhon Ratchasima fared much better at home stretch to capture the see-saw set 16-14 and match. 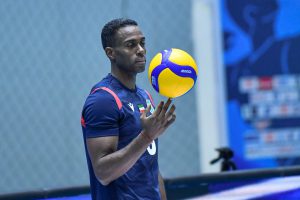 “It is the first game for us and also a first game for me in the Asian level competition. At the first game, we were a bit rusty and could show our teamwork, which, I think, we still need to improve in our next game against South Gas Club of Iraq,” Nakhon Ratchasima’s Thanat Bamrungpakdeek said. On Saturday, as Nakhon Ratchasima will take on South Gas Club, Kazma Sport Club are due to next go up against Sri Lanka’s CEB Sports Club.