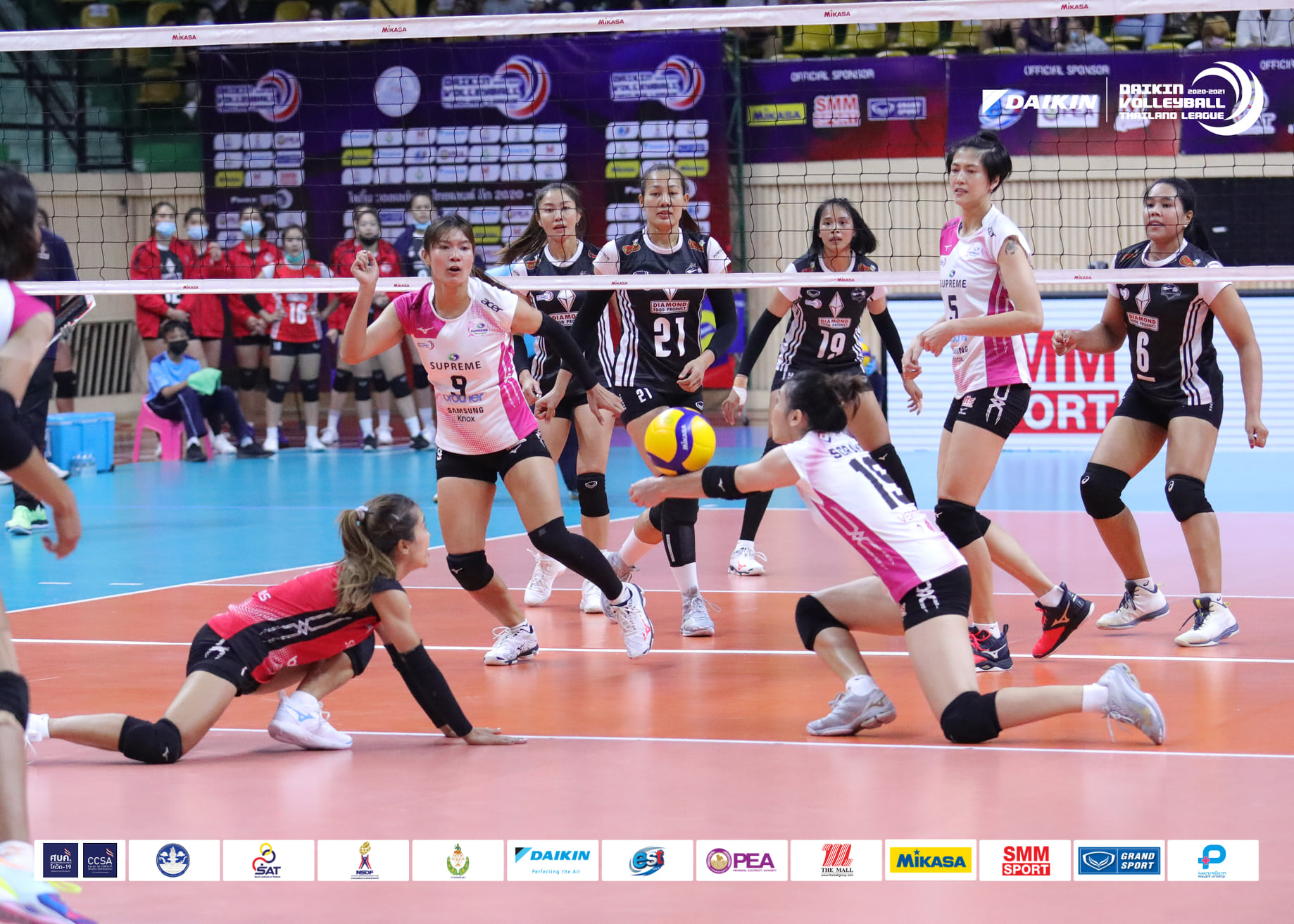 Contesting the penultimate week before the final second-leg encounters of each participating team will be concluded next weekend when only top four teams apiece from the men’s and women’s events will make the cut for the Final Four round, powerhouses made their marks to see off their respective rivals. 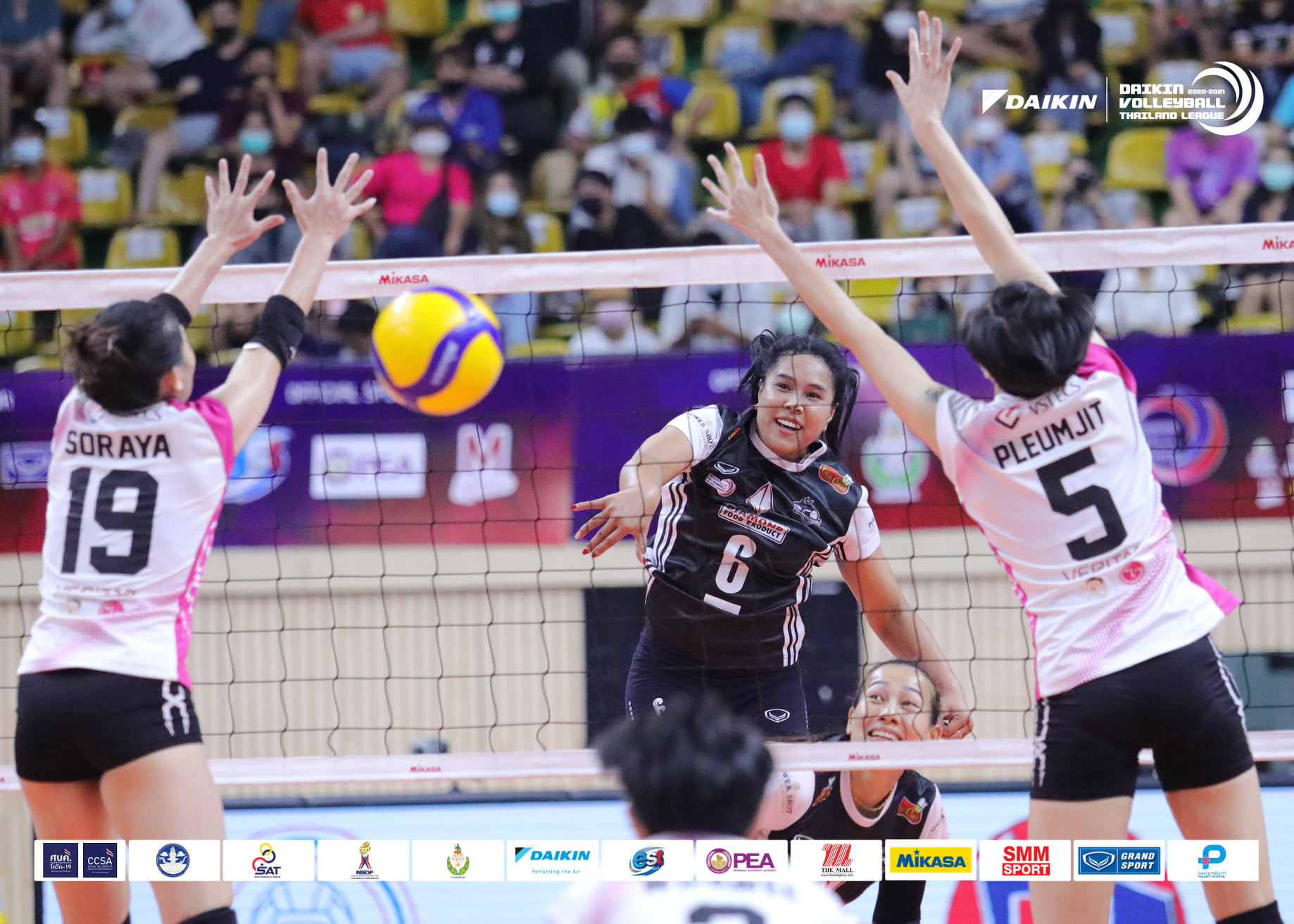 First-leg winners Supreme, defending and three-time winners and former consecutive two-time Asian Women’s Club champions, got their second-leg campaign off to a disappointing start on March 6 with a bitter 1-3 loss to Nakhon Ratchasima.

Against Diamond Food on Saturday, Supreme played their best, but their attacks still proved second to the rivals. Though strengthened by veterans Pleumjit Thinkaow and Wilavan Apinyapong and gifted Ajcharaporn Kongyot, Supreme made errors after errors in some critical moments in each set which cost them dear and there was simply no way back against a side as good as Diamond Food.

Diamond Food will next go up against closest rivals Nakhon Ratchasima on March 28 in a tough clash of the two unbeaten teams to vie for the eventual second-leg victory, while Supreme will earlier take on 3BB Nakornnont in their last second-leg match on March 27. 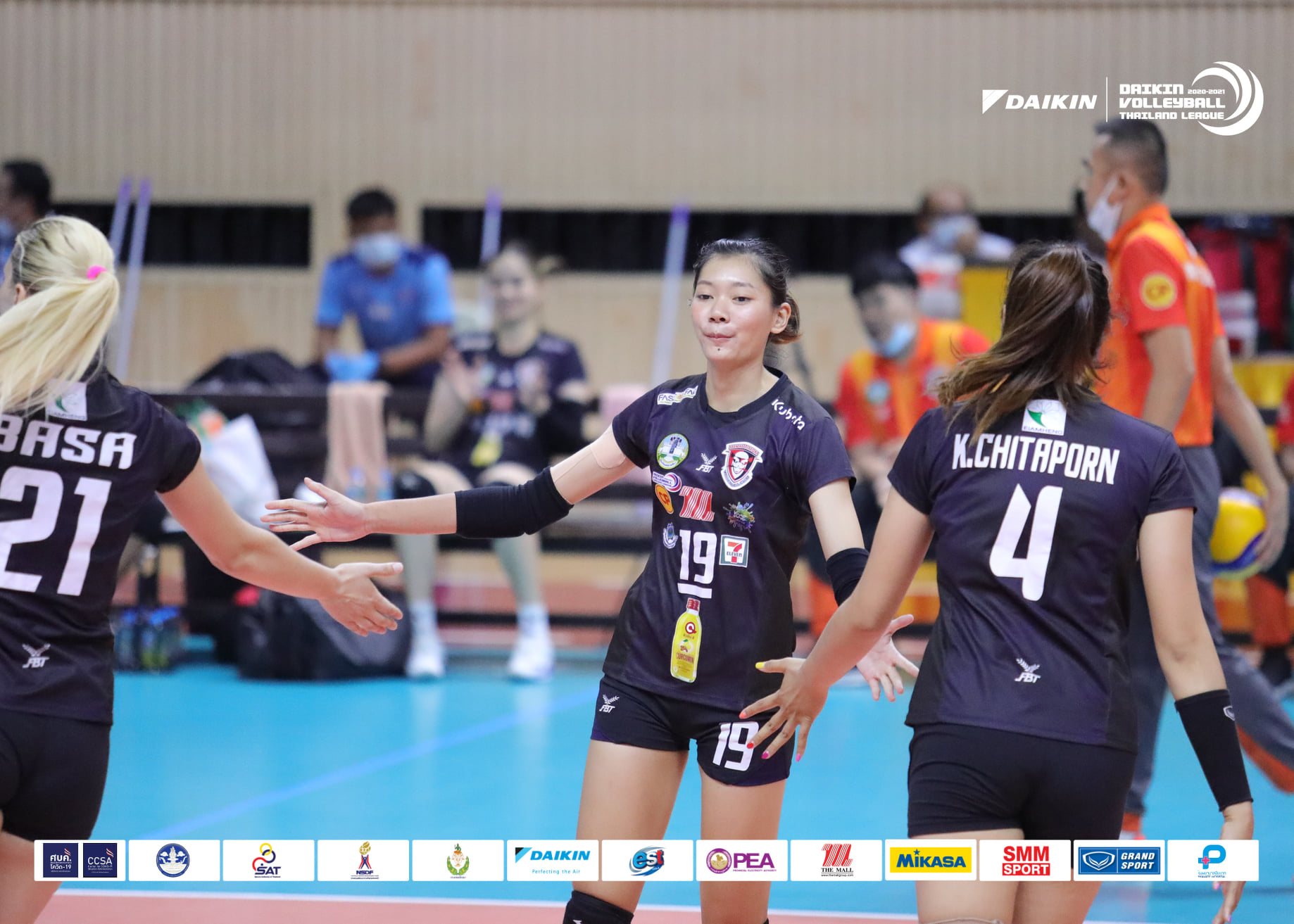 Earlier on the same day, Nakhon Ratchasima, which led the pack in the women’s standing, proved a strong team to be reckoned with this season. Gritty Nakhon Ratchasima, with hard-hitting Church-on Moksri and Turkish Yeliz Basa being the backbone of the team, cruised to a comfortable straight-set 25-15, 25-11, 25-17 win against Khonkaen Star VC. 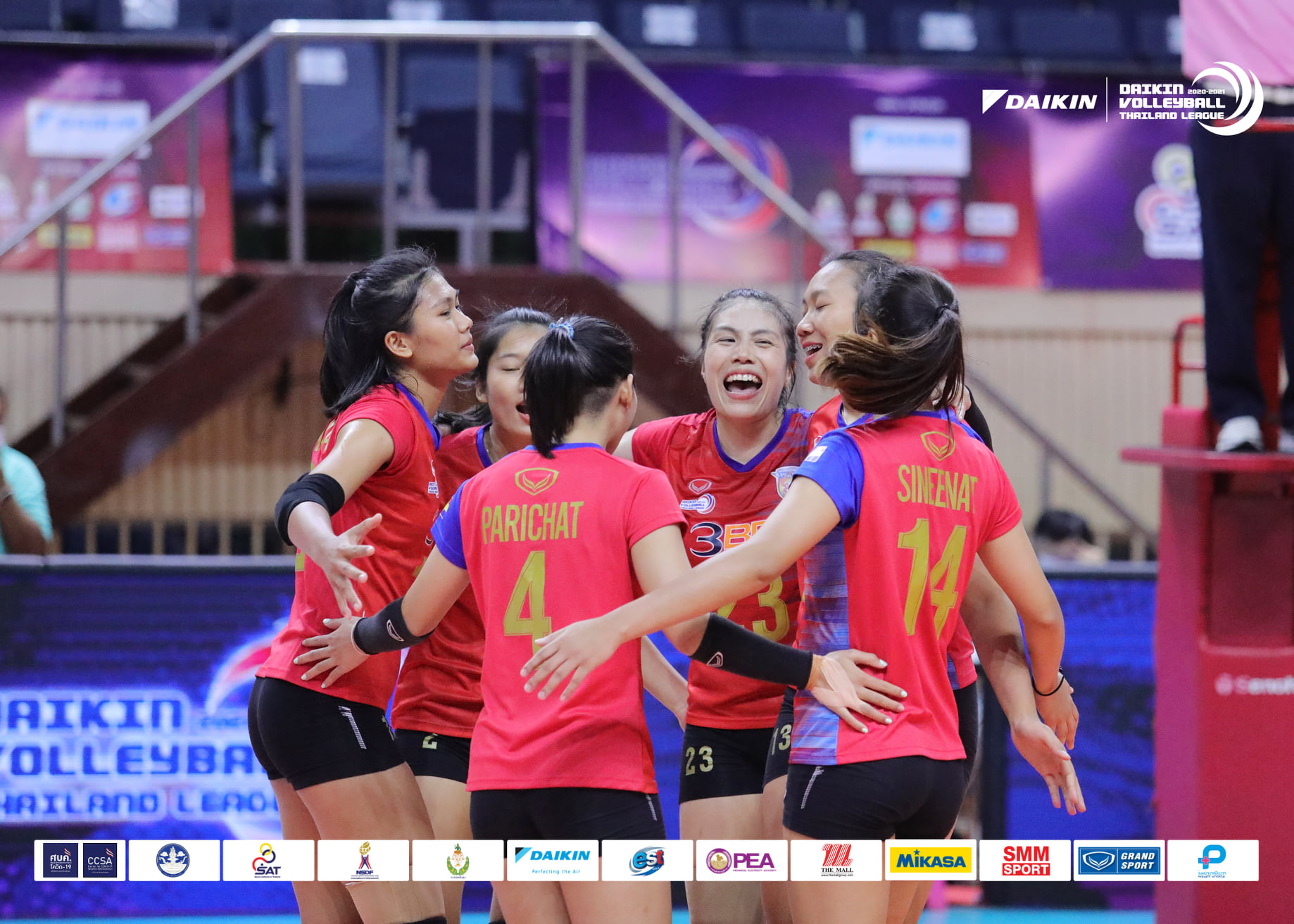 After Sunday’s matches in the women’s event, Nakhon Ratchasima stayed atop the standing with 12 points from four straight wins, the similar performance as Diamond Food, which came in second spot. Supreme finished third with 6 points from two wins against two losses, followed by 3BB Nakornnont, Khonkaen Star VC and Proflex VC in fourth, fifth and sixth places respectively. 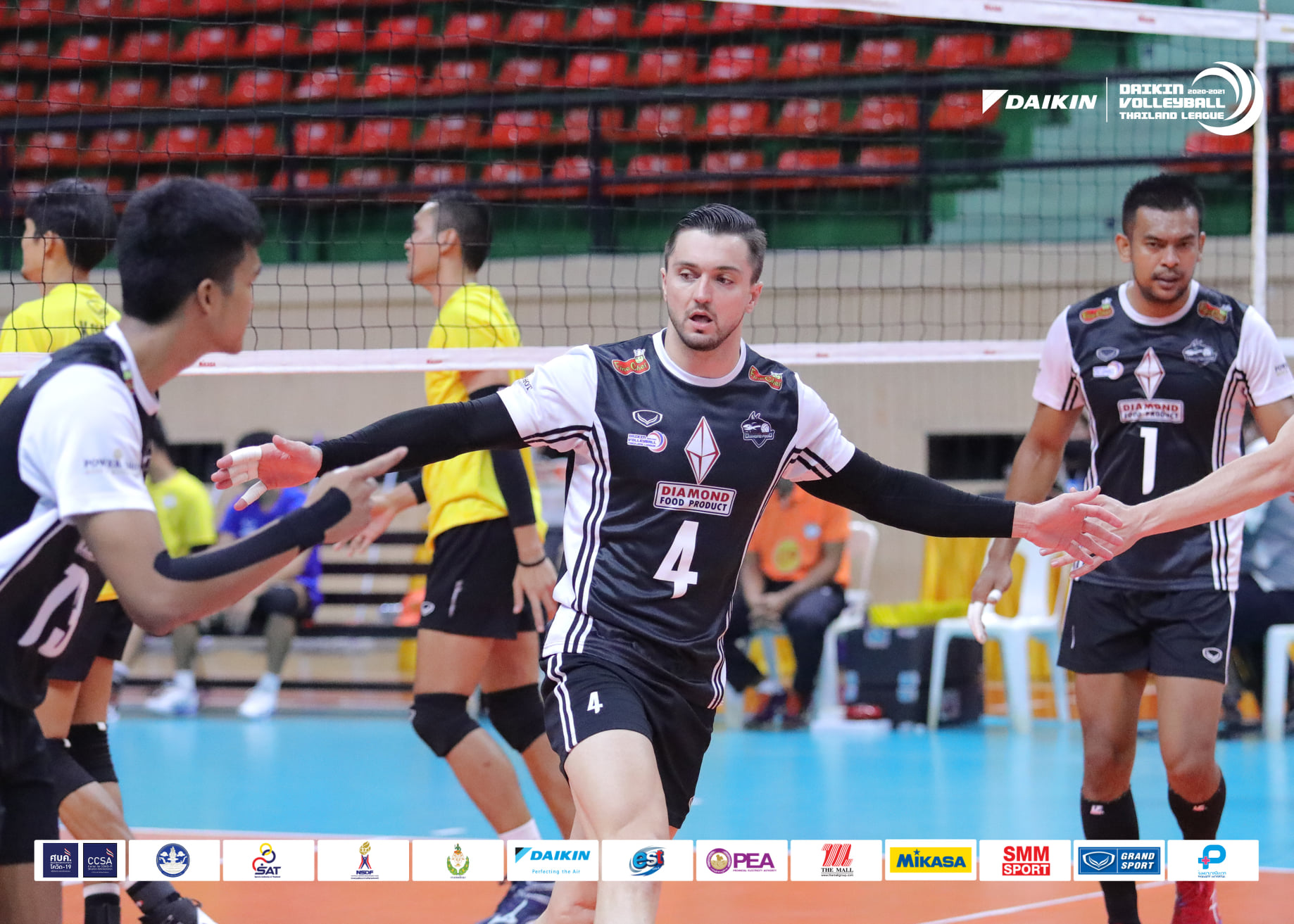 However, young, but well-trained Phitsanulok shrugged off their rust in the first two sets which they lost 16-25, 19-25, engineering a strong fightback to win the next closely-contested two sets 29-27, 26-24 to force the decider. The determined Phitsanulok still performed their best in the thrilling tiebreaker, but with the greater experience and form, Diamond Food narrowly beat them 15-12 for the hard-fought five-set win. 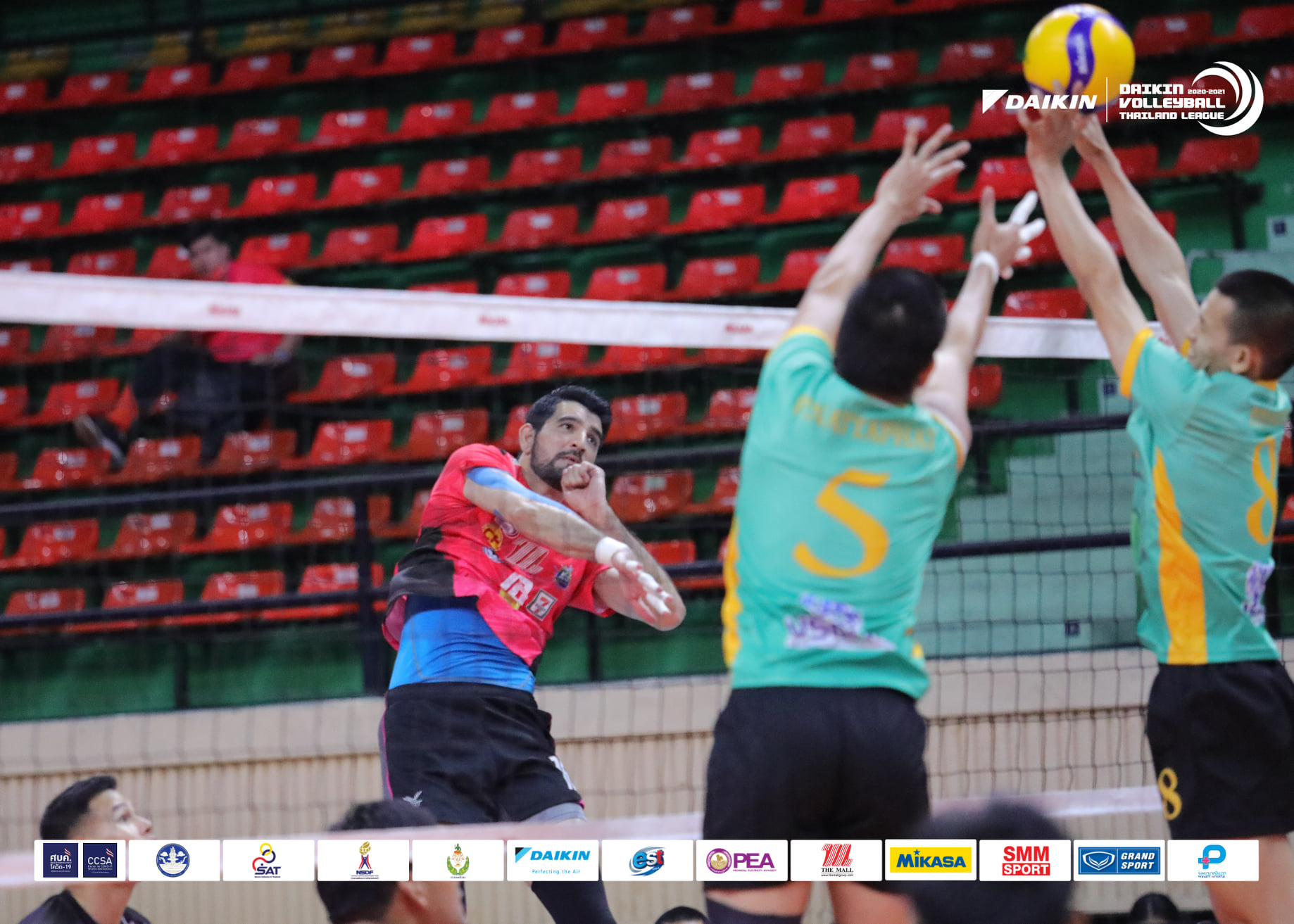 Prince VC defied against all odds by pulling off a surprise straight-set 25-23, 25-17, 25-20 win against Mor Asia Koh Kood Cabana to gain a sweet revenge for the 0-3 loss to the same rivals in their first-leg encounter on February 28. 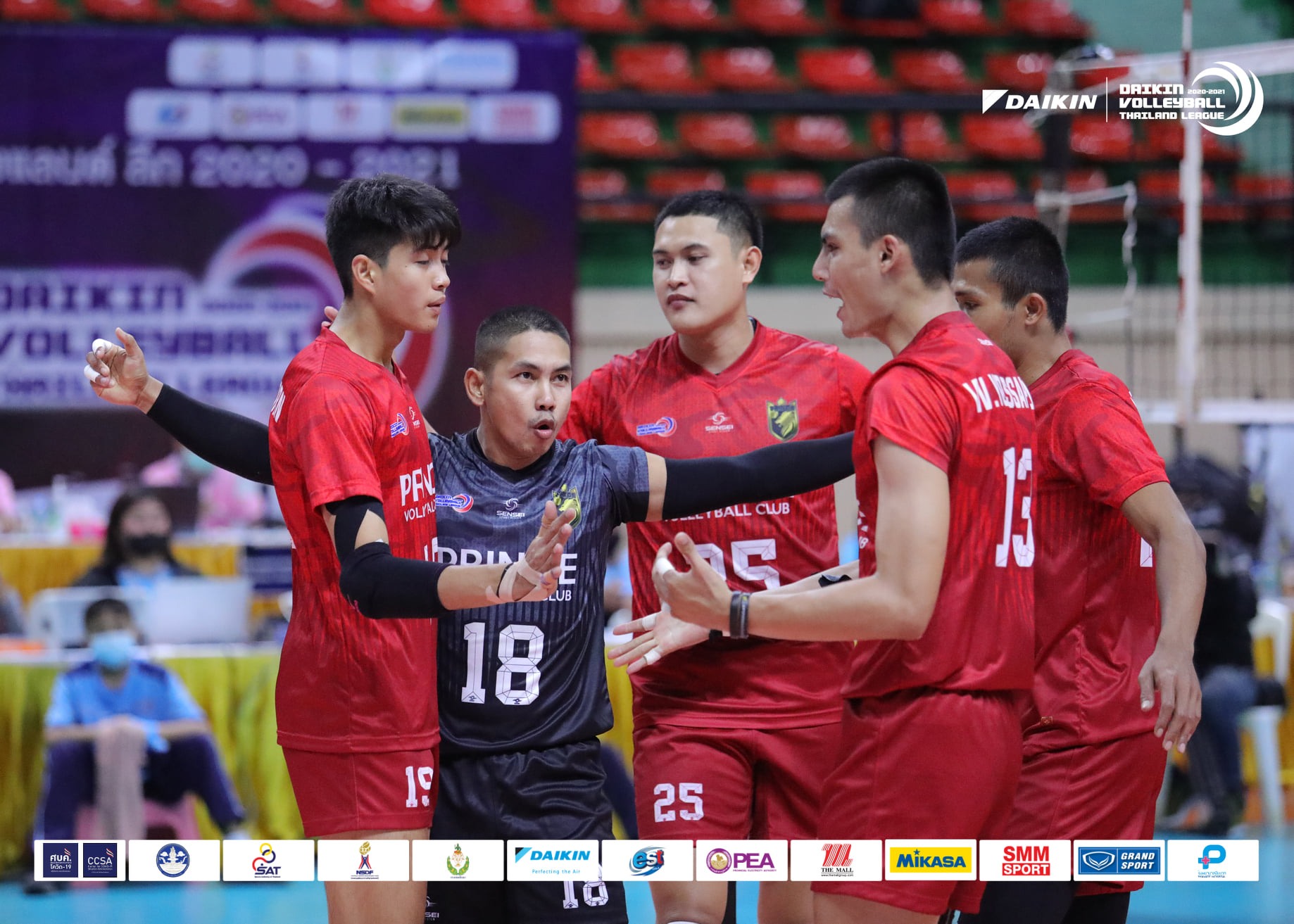 After Sunday, Diamond Food maintained their lead in the men’s standing with 11 points from four straight wins, followed by title-holders Nakhon Ratchasima with 9 points from 3 wins against one loss. Phitsanulok and Prince VC had 6 and 4 points to come in third and fourth places respectively. Air Force and Mor Asia Koh Kood Cabana collected 3 points apiece.

The final week encounters in the second-leg campaign will be held at The Mall Bangkapi’s MCC Hall between March 27 and March 28. At the end of March 28 encounters, top four teams from each category will advance to the Final Four.