Hanoi, Vietnam, July 13, 2019 – DPR Korea’s terrific comeback win against powerhouses Thailand in Pool B highlighted the first-day action at the 3rd Asian Women’s U23 Volleyball Championship at the Gia Lam Gymnasium on Saturday as the Koreans joined China, hosts Vietnam, Kazakhstan and Hong Kong China in registering their first wins of the tournament. 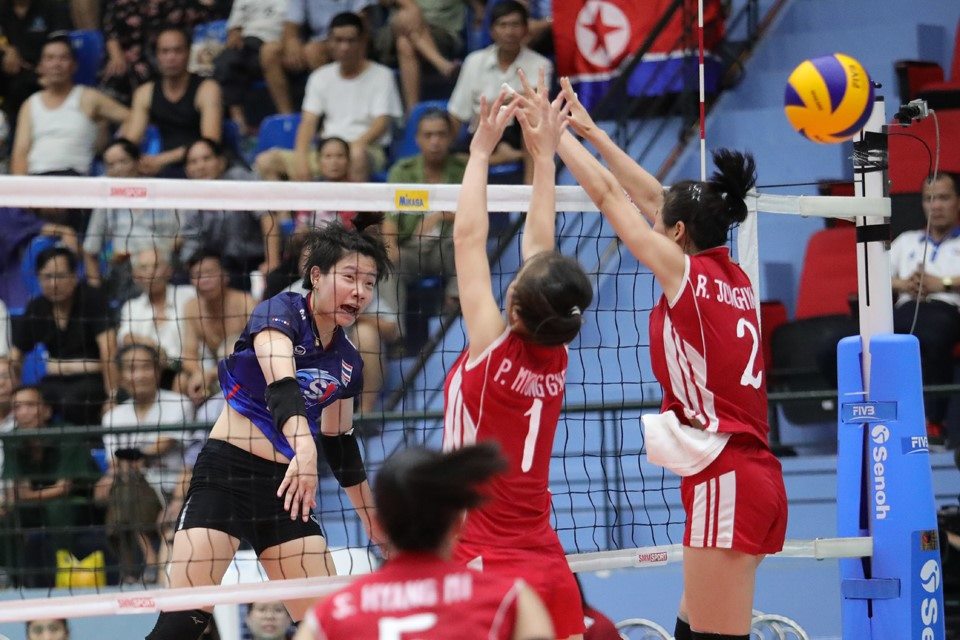 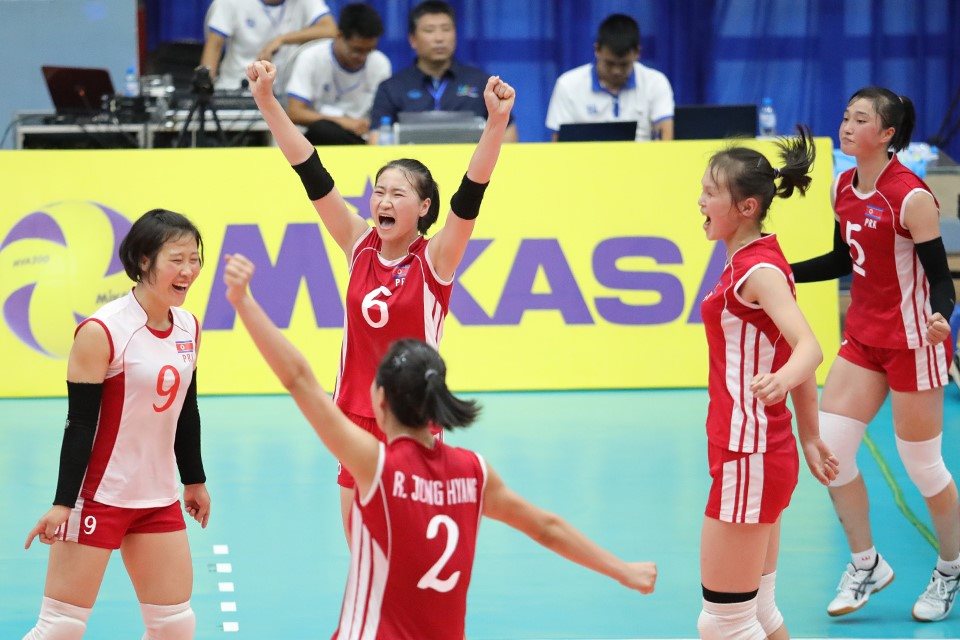 Thailand showcased their resilience through spectacular blocking by Tirawan Sang-Ob and Tichaya Boonlert and powerful attacks from Thanacha, who won the Best Opposite Spiker at this year’s VTV9 Binh Dien International Women’s Volleyball Cup in Kien Giang. DPR Korea started slowly and were errors-strewn in the comfortable first set, which was won 25-17 by the Thai side. However, Son Hyang Mi and Pyon Rim Hyang gave their team a strong comeback as DPR Korea took the remaining three sets 25-22 25-19 38-36 for the eventual win in this match. Son Hyang Mi, who won the Best Outside Spiker at the last year’s VTV Cup in Ha Tinh, where DPR Korea claimed silver medal, chipped in with 38 points including 37 attacks from 80 attempts for DPR Korea, while Pyon Rim Hyang made good company to add 23 points for the winning side. Thanacha led Thailand with 26 points including 24 attacks from 52 attempts.

“DPR Korea played a good defensive game against us. Their reception also lived up to expectation. We tried to come up with fast attacks, but our setter lacked confidence, resulting in several mistakes my players made. I praised the Koreans for their good blocking and consistency. We still have many things to learn and correct. We next take on Australia, the team we beat twice during our warmup matches. I believe that my players will play with more confidence against the team they had beaten before. We will learn in that match to improve our tactics and techniques in preparation for coming matches,” said Thailand head coach Chamnan Dokmai. 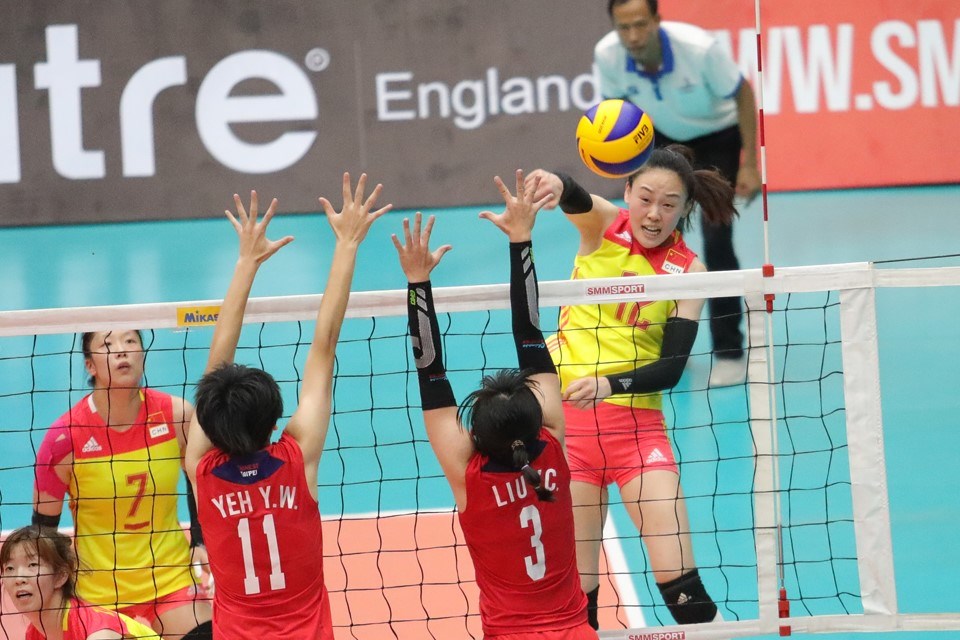 Tall, hefty China, fielding three players who joined the squad which captured gold medal at the 2017 FIVB Women’s U20 World Championship in Mexico including Wu Han, put it past determined Chinese Taipei in hard-fought three-setter 25-17 25-22 25-20 to seal their first win in Pool C.

Wu Han chipped in with 16 points from 12 attacks, a team-leading 3 ace serves and 1 block for China, while Tsai Yu-Chun led Chinese Taipei with 15 points, all of them from attacks.

“It was our first match in this championship and I think we made a good preparation for this match against Chinese Taipei. Actually, I admit that we did not start well as we performed up and down in the first two sets. However, we concentrated on defence and worked as a team and that’s why we won the match. Our expectation in this championship was not that high as we just want to show our best performance for good results here,” said China team captain Yang Yi through English-speaking team manager Song Yue. 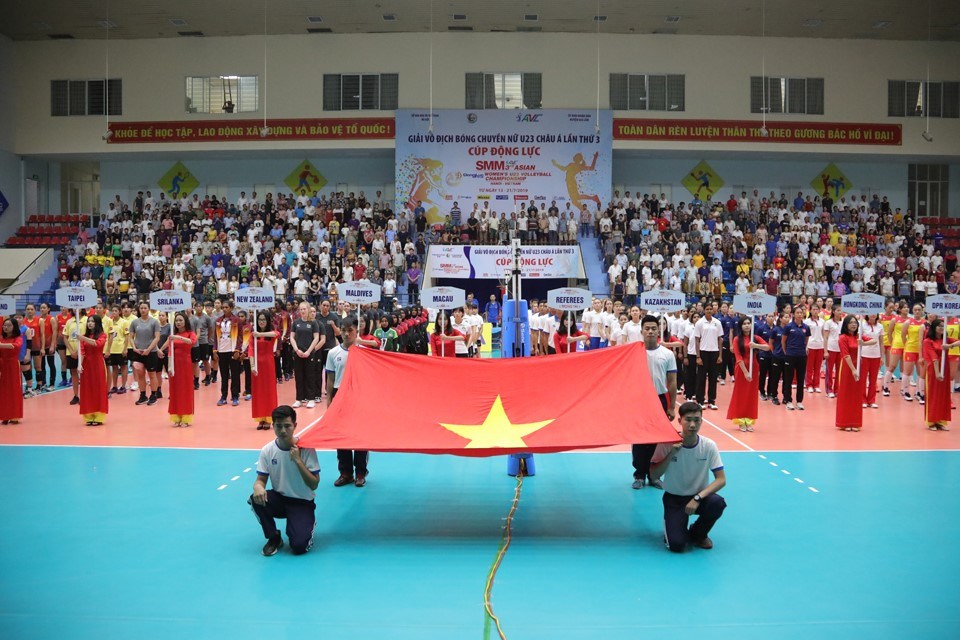 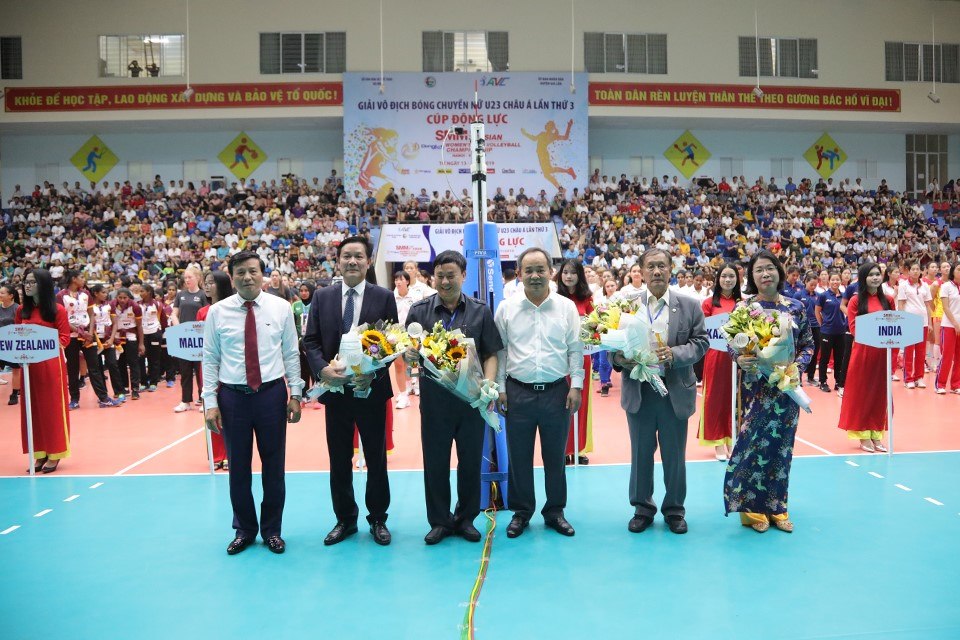 After that, over 2,000 volleyball fans inside the gymnasium attended the Opening Ceremony, followed by the match between the host side and New Zealand in Pool A. Fans happily walked out of Gia Lam Gymnasium on Saturday night, delighted with their home team’s convincing straight-set 25-12 25-10 25-19 victory against New Zealand. Nguyen Thi Trinh chipped in with 11 points for Vietnam including a team-leading 6 blocks and 2 aces, while Otene Tamara led New Zealand with 10 points. 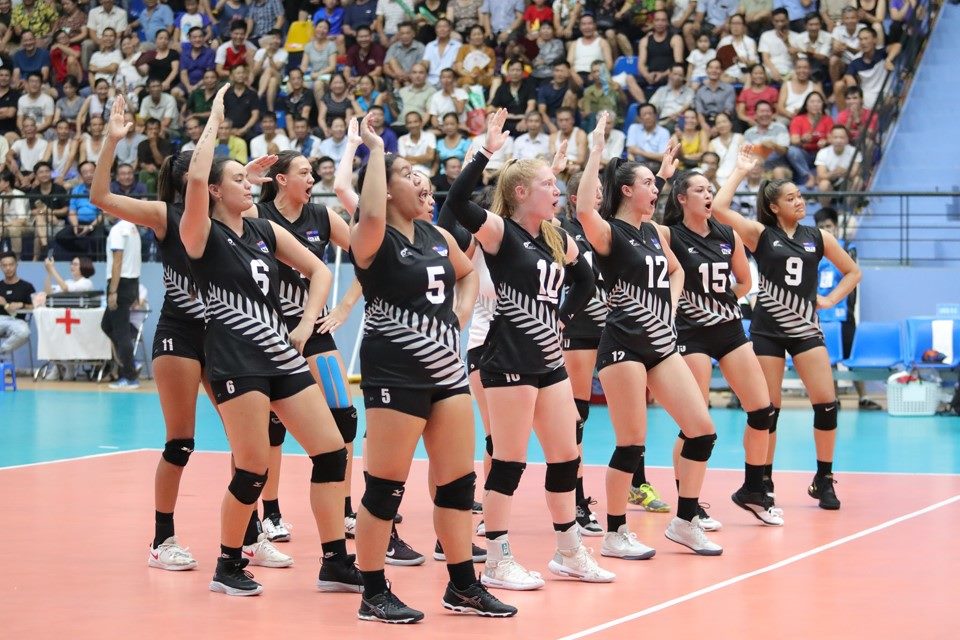 “We had waited too long for the match earlier and the Opening Ceremony and that resulted in our poor form in the beginning of the match. We did not play well in the third set too due to a lack of communication since there are some young players in our team. Also, when New Zealand caught up with us, some of my players became anxious and made too many unforced mistakes. I think my players sometimes made easy mistakes and we have to improve on this point. I hope my players will do better in our next match. We don’t expect too high in this championship. We first eye for the top eight teams and after that, we can set our target how far we can go. We will do our best on home soil,” Vietnam head coach Nguyen Tuan Kiet commented after the match. 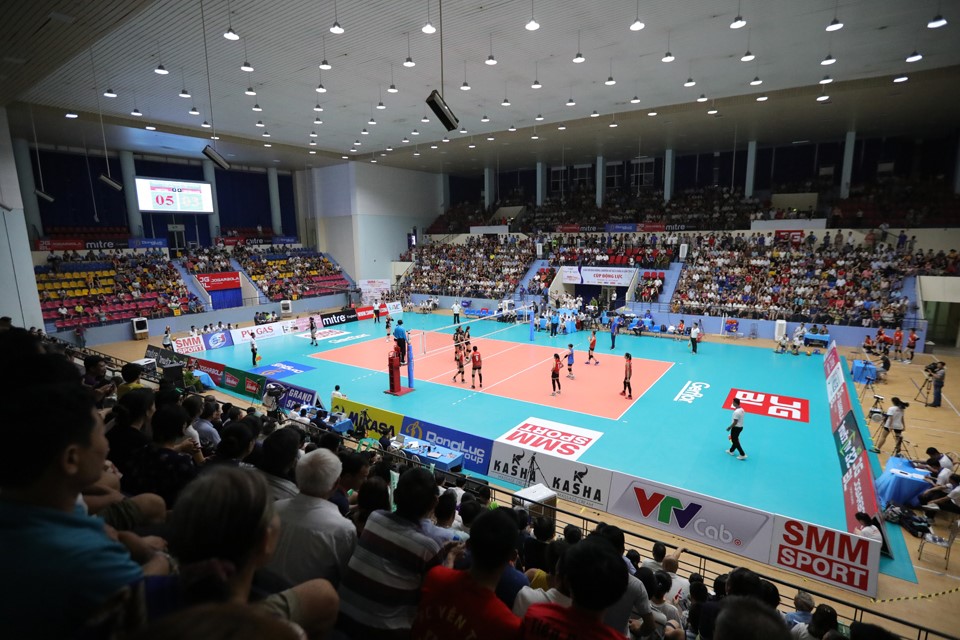 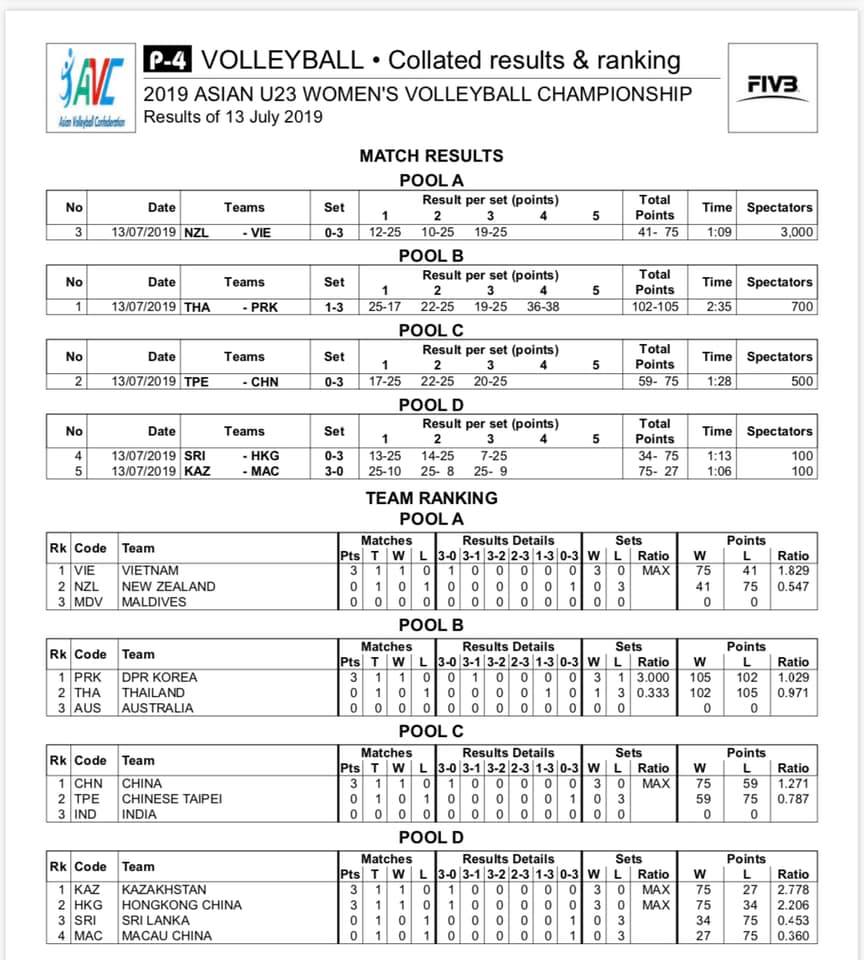 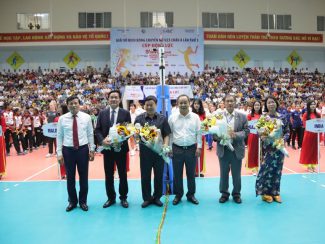 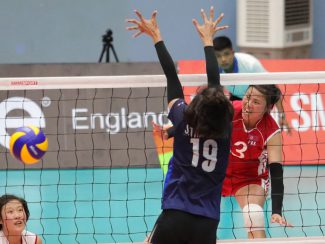 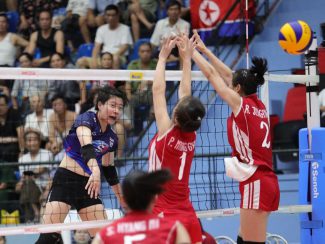 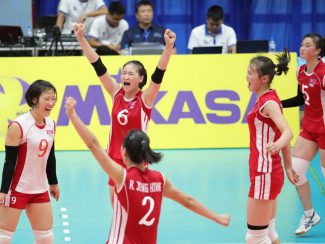 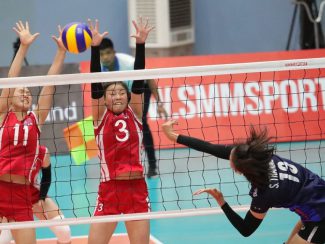 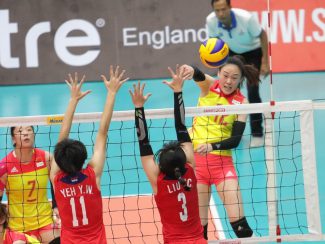 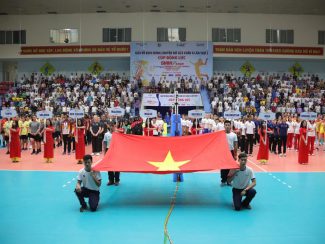 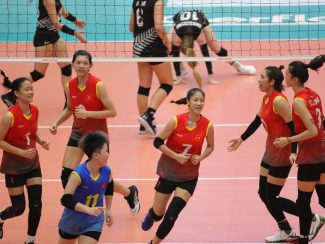 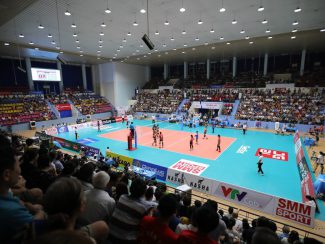 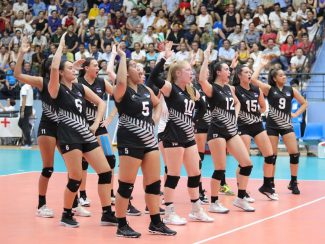