From leading Australia to playing in Japan

Thomas Edgar was quick to become one of his country’s most important players.

“I started playing volleyball at the age of 14 for my high school team. I was already tall for my age and our school had a good programme and strong history in volleyball. When I was 16, I was scouted by the national programme talent identification and moved to the training base to pursue volleyball full time,” Edgar told Volleyball World. 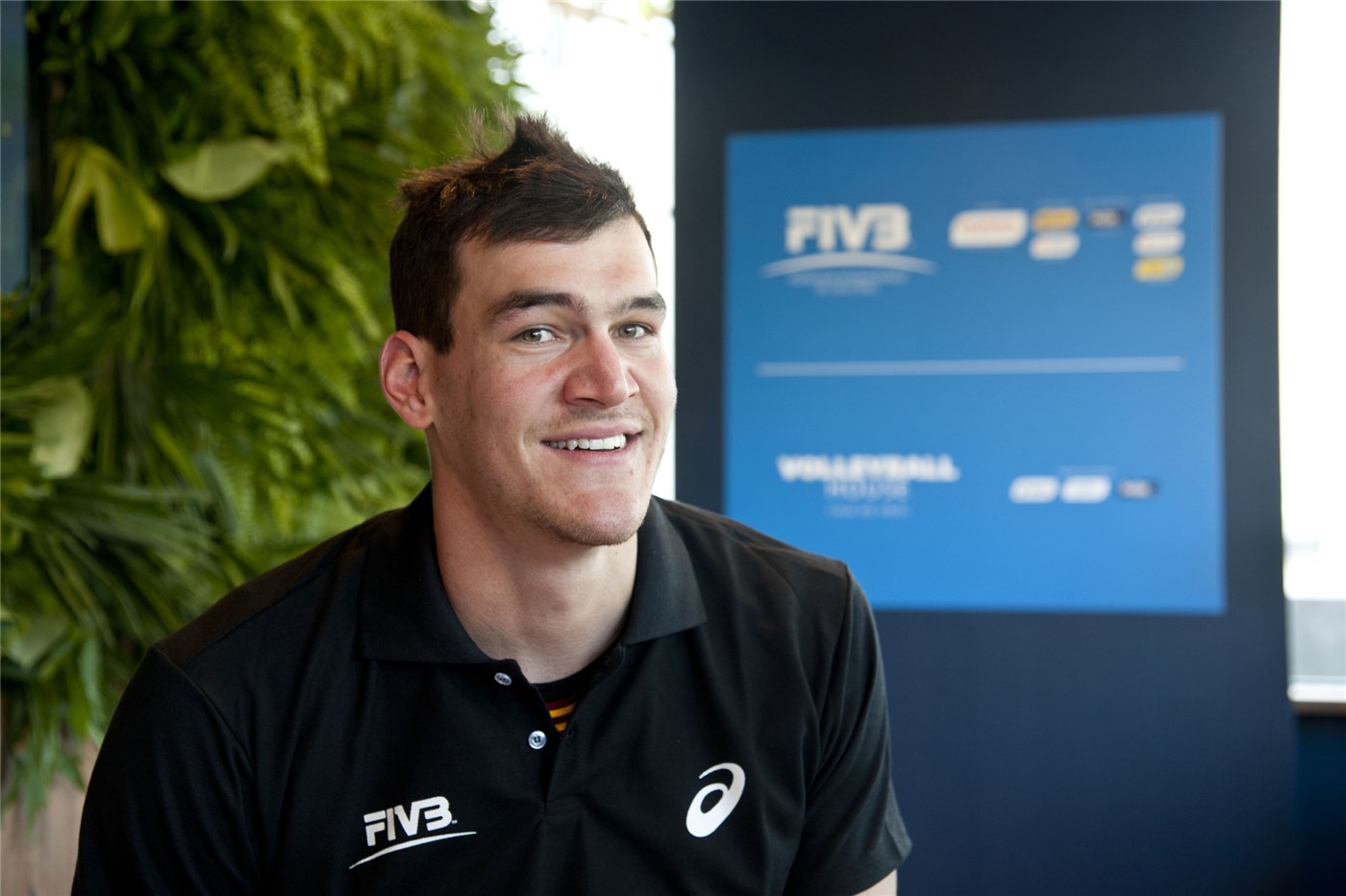 “My first professional contract came when I was 18 years old to play for a club in Sweden. Since then, I’ve played professionally for 13 years in seven countries on three different continents. Whilst playing over 250 matches with the Australian national team, I have been blessed to have played internationally and professionally with and against some of the best players in the sport – all of whom I have learnt a lot from.

“However, my biggest supporters and influencers from the start of my volleyball career to this day have been my family. They have always given me the inspiration and support to pursue this lifestyle and career with everything I could.” 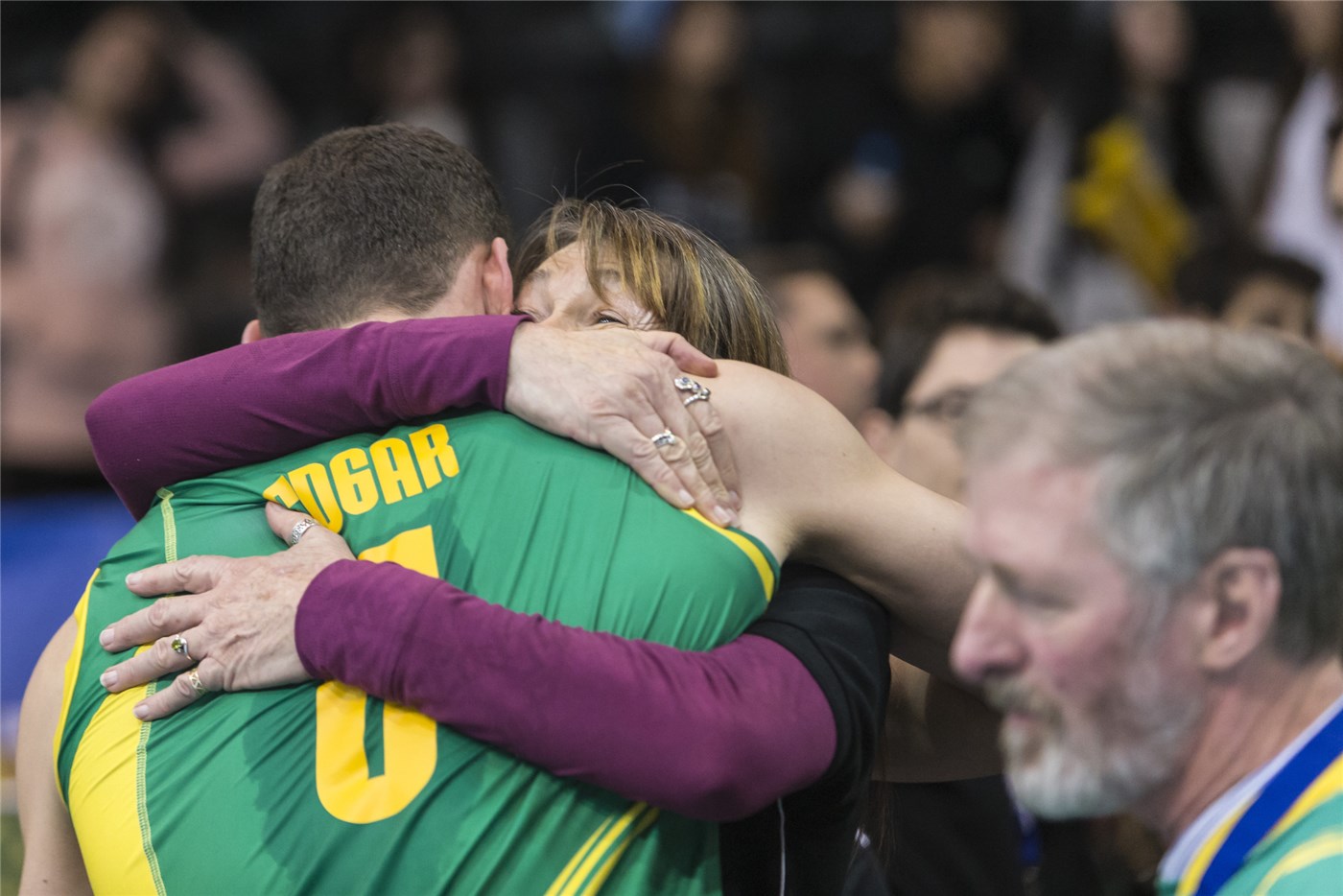 A hug from his mum

“It’s hard to narrow down a few special moments over the past decade, as I have played so much volleyball both professionally and internationally with a lot of different teams.

“I’d have to say the moments that stayed with me are qualifying and playing at the London 2012 Olympic Games. Not many people outside of our team thought we would qualify and as the youngest team at the Olympics, it was an amazing experience to be part of that level of competition. 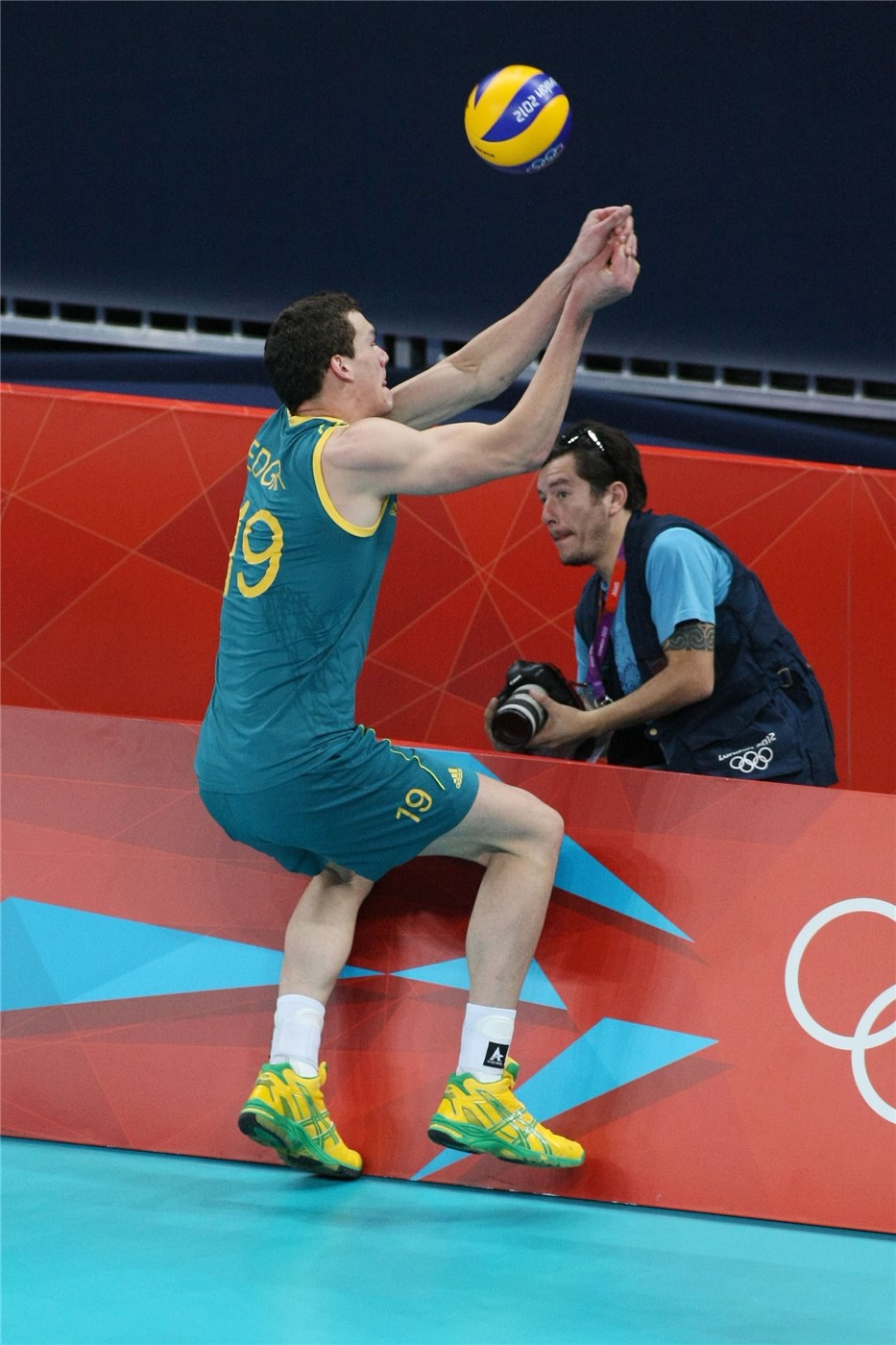 Defending at the London 2012 Olympics

“The others are captaining the Australian national team through the 2015-2016 international seasons, scoring 50 points in an international match, and winning trophies in Argentina in Japan for my professional teams Bolivar and JT Thunders.”

“Honestly, the first thing I remembered about that game was we had previously lost a close match to Japan. So I was a little angry that we hadn’t started the World Cup as well as we had planned to. So coming to the Egypt game, I wanted to give everything I could so we could get our first win in the tournament and improve for the rest of the competition.

“I had played in Korea before the World Cup, where being the only foreign player you were relied upon heavily to attack a high volume of balls every game.

So I didn’t necessarily count my spikes or points and didn’t know until after the game when our stats guy told me I had scored 50 points. During the game our team result and getting our first win in the tournament were more important.”

Two years later, Edgar returned to Hiroshima to play for JT Thunders in 2017, and has not left since.

“The four seasons I have spent in Japan with JT Thunders Hiroshima have been the best in my career. I am blessed to be part of an amazing team and staff, with a supporting company that run the team to the highest professional standard. I have made lifelong friends in my teammates and staff members here.

“Volleyball has amazing support in Japan and not only our club but every club in the V.League has an amazing fan base that creates an incredible atmosphere for every single game of the championship we play in.

“Some of my best moments in playing in the Japanese league would be having my family and friends in the crowd for some of our amazing home games and winning the Emperor’s Cup in 2018.

“Living in Hiroshima has been an easy transition for me as I have always loved the Japanese culture, the people and of course their food since the first time I played here with the national team in 2012. It is an extremely easy country to live in as it is very safe and all of the people are so kind, polite and respectful.”