China are assured of booking their berth in the final showdown of the AVC Beach Tour Bandar Abbas Open in Iran’s port city on southern coast Bandar Abbas after Ha Likejiang/Wu Jiaxin and Wang Yanwei/Zhou Chaowei set up an all-Chinese semifinal clash, as Aussies Zachery Schubert/Thomas Hodges and Iranians Bahman Salemiinjehboroun/Alireza Aghajanighasab will fight it out for the remaining final spot on Friday. 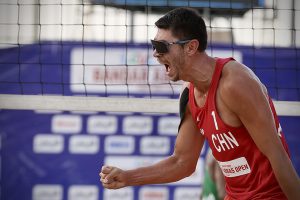 Three teams from China, two from hosts Iran and one apiece from Australia, Kazakhstan and Thailand had earlier secured their places in the Thursday’s quarterfinals. However, at the end of the action-packed thrillers, two teams from China and one each from Iran and Australia made the cut for the Friday morning’s semifinals. 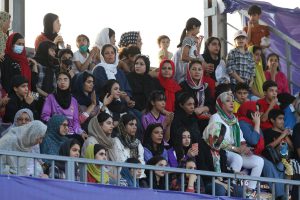 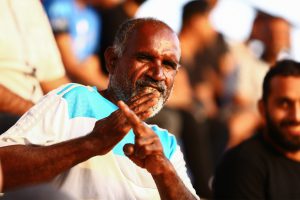 In the first clash on Thursday, Australia’s second seeds Schubert/Hodges, who had captured three titles to their name comprising the Orlen Beach Volleyball Tour in Kolobrzeg, Poland in August, the AVC Beach Tour Samila Open in Thailand in September and the Matsuyama Beach Volleyball Tour in Japan in October, proved too strong for Dmitriy Yakovlev/Sergey Bogatu to comfortably outplay the Kazakh duo 21-16, 21-15 in 35 minutes. 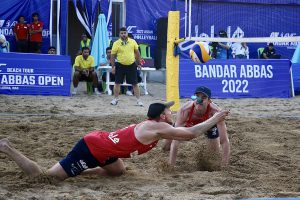 On Friday, Schubert and Hodges will go up against Iranians Salemi and Aghajani, who delighted home fans with their exceptional performance and the scintillating 26-24, 21-14 win against Chinese Li Zhuoxin/Liu Junjie in the second quarterfinal encounter. 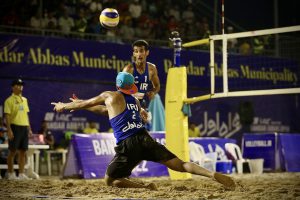 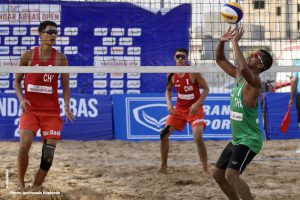 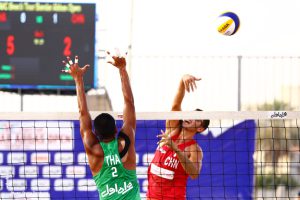 Against the Thai opponents, who picked up silver medal at this year’s Southeast Asian Games in Vietnam and fourth place in the AVC Beach Tour Samila Open on their home soil, the Chinese veterans took the hotly-contested first set 21-19, went down in the second set 18-21 and cruised on to win the tie-breaker 15-8 for the match and a semifinal spot. 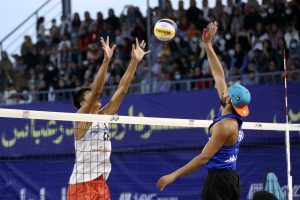 In the Friday’s semifinals, Ha and Wu will take on Wang Yanwei/Zhou Chaowei in the all-Chinese affair. The Wang-Zhou pairing on Thursday crushed the dreams of the host nation to have their second team in the semifinals. The Chinese tandem produced a fantastic comeback to beat Iranians Sina Shokati Shekarsaraei/Abbas Pourasgari 14-21, 21-14, 15-8. 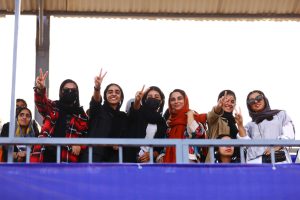 With the all-Chinese clash in the second semifinal match, it is all clear that China are assured of securing their final berth and moving a step closer to winning the Bandar Abbas Open. 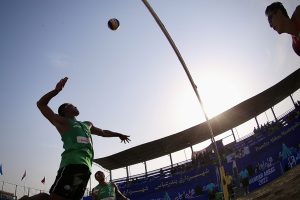 As the semifinals will take place in the Friday morning, the third-place playoff and final showdown will be held later in the afternoon, followed by the awards presentation and the closing ceremony. 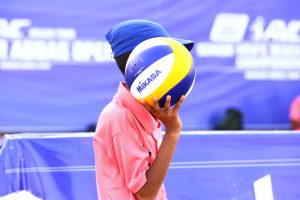 The five-day, men’s only Bandar Abbas Open serves as a warm-up competition of all participating teams in their preparation for the “PPTV” 2022 Asian “Hamrahe Avval” Senior Men’s Beach Volleyball Championship, due to be held at the same competition venue from November 14 to 18, 2022. 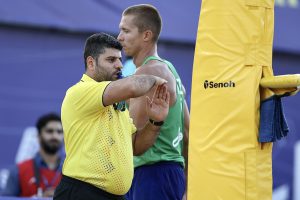 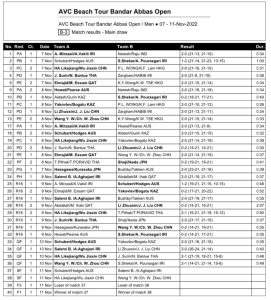 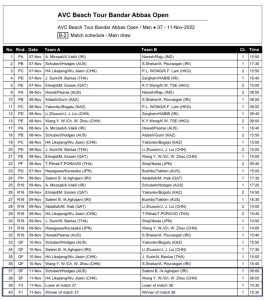 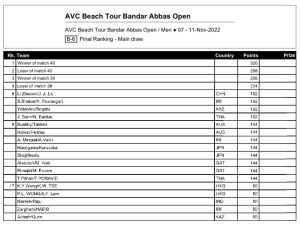