Second seeds Zachery Schubert/Thomas Hodges knocked top seeds Abolhamed Mirzaali/Arash Vakili out of the AVC Beach Tour Bandar Abbas Open in Bandar Abbas after stunning the host duo in the Wednesday’s round of last 16, as three Chinese pairings escaped unscathed to secure their quarterfinals berths in the five-day men’s only tournament. 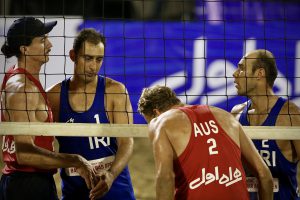 Aside from three teams from China, the other five pairings making the cut for the Thursday’s quarterfinals comprised two teams from hosts Iran and one apiece from Australia, Thailand and Kazakhstan. 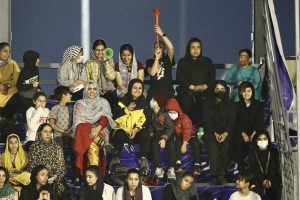 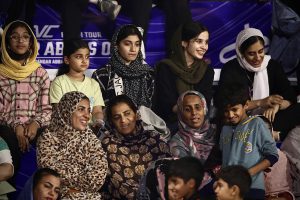 On Wednesday, Schubert and Hodges came up with superb net play, superior in almost every department against the strong opponents, hugely supported by home fans at the competition venue. 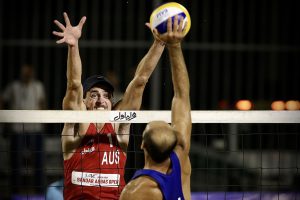 Arash Vakili, who partnered Bahman Salemiinjehboroun to reign supreme on home soil in the 2019 Volleyball World Beach Pro Tour in Bandar Torkaman, was instrumental for the Iranian team in turning the score and establishing control in the second set, which they won 21-15, forcing a tie-breaker to determine the eventual winners. 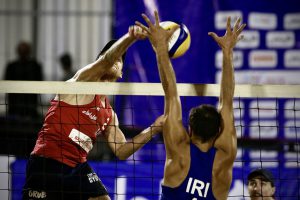 Still, Schubert and Hodges bounced back in style to take the decider 15-10 for a place in the quarterfinals, where the Aussies are due to take on Dmitriy Yakovlev/Sergey Bogatu. 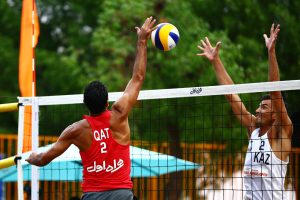 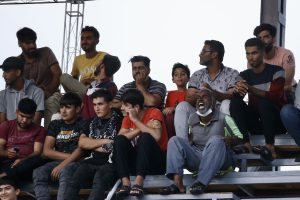 Although Mirzaali/Vakili unfortunately crashed out of the competition, which serves as the warm-up ahead of the 2022 Asian Senior Men’s Beach Volleyball Championship from November 14 to 18 at the same venue, the other two Iranian pairings saved the pride for the host nation. 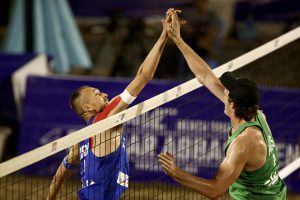 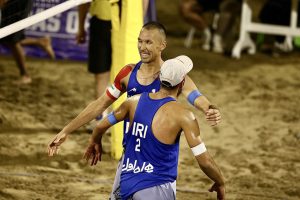 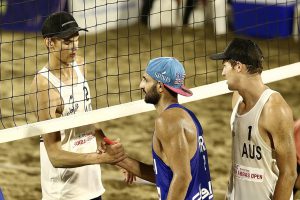 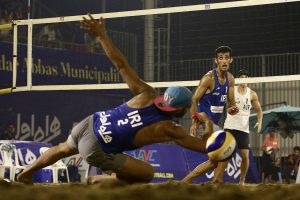 Iranians Salemiinjehboroun and Aghajanighasab are set to go up against China’s 13th seeds Li Zhuoxin/Liu Junjie in the Thursday’s quarterfinals, with Shekarsaraei/Pourasgari fighting it out with another Chinese pairing, 12th seeds Wang Yanwei/Zhou Chaowei. 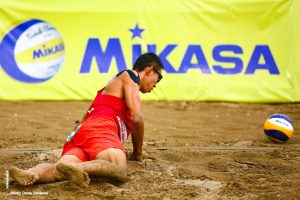 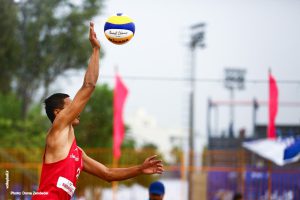 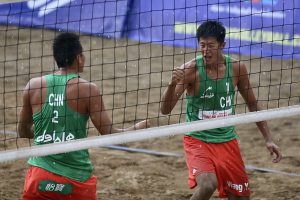 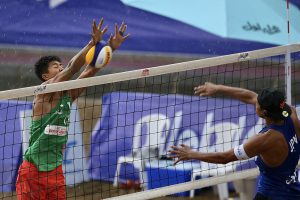 Chinese veterans and third sets Ha Likejiang/Wu Jiaxin, bronze medallists in the double-gender 2019 Asian Championships at home in Maoming and silver medallists in the 2020 Asian meet in Udon Thani, Thailand, overcame a dismal start in their tough clash against Pithak Tipjan/Poravid Taovato to beat the sixth seeds from Thailand 16-21, 21-19, 15-12 and next go up against another Thai duo, Surin Jongklang/Banlue Nakprakhong. 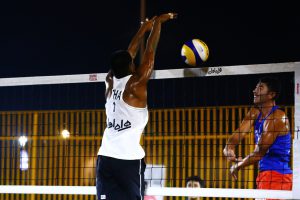 The Thailand’s fourth seeds Surin and Banlue faced no issue in defeating Japanese Kensuke Shoji/Jumpei Ikeda 21-17, 21-15 in the round of last 16 on Wednesday. The quarterfinals will be held on Thursday, while the semifinals, third-place playoff and final showdown will take place the following day, with the awards presentation and closing ceremony to be organised in the Friday afternoon. 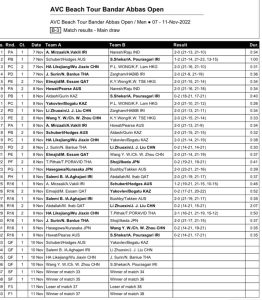