ELECTRIFYING WOMEN’S SHOWDOWN TO EXPERIENCE DEJA VU, AS AUSTRALIA, THAILAND AND CHINA THROUGH TO MEN’S SEMIFINALS AT SAMILA OPEN 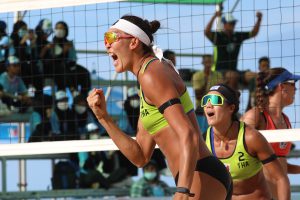 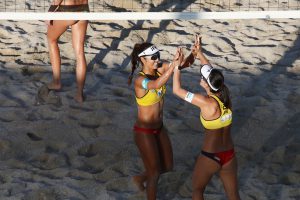 It will be a Thailand-Japan clash in the Sunday’s final showdown which experiences deja vu at the last year’s double-gender Asian Senior Beach Volleyball Championships in Phuket. There, Thailand’s Worapeerachayakorn/Taravadee set up the final clash with Japan’s Miki Ishii/Sayaka Mizoe before the Thai duo finally reigned supreme. 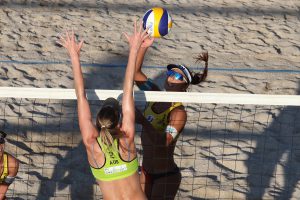 Two Australian teams secured their berths in the women’s semifinals, but both of them were eliminated, with another pairing, Rio 2016 Olympian Nicole Laird/Phoebe Bell, who captured the Women’s Elite 2022 Australian Beach Volleyball Championships on Coolangatta Beach, suffering a disappointing 12-21, 17-21 loss to Akiko/Yurika in the second semifinal clash on Saturday. Stevens/Johnson and Laird/Bell completely dashed their gold-medal hopes and will next fight it out in the all-Aussies-affair for consolation bronze. However, despite their semifinals letdown in the women’s event, Australia still had something to celebrate for as both of their men’s teams made their mark to storm their way into the Sunday morning’s semifinals. 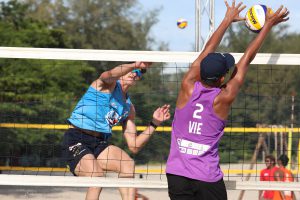 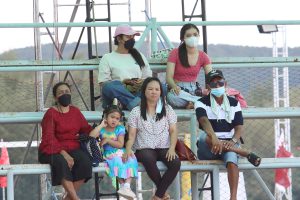 In the afternoon’s quarterfinals, the two Australian pairings, Hodges/Schubert and Carracher/Nicolaidis, still played incredibly well in defence to brush off their respective opponents, with the former powering past Qataris Saifeddine Elmajid/Mahmoud Essam Ahmed 21-16, 21-18 and the latter eliminating Omanis Mazin Alhashmi/Hood Ajalaboubi 21-11, 21-19 for semifinals. 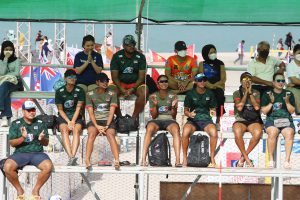 The Chinese veterans disposed of Japan’s Yoshiumi Hasegawa/Masato Kurasaka 21-15, 21-16 in the round of last 16 and cruised through to the semifinals after 21-17, 21-14 rout of Thailand’s Kitti Duangjinda/Dunwinit Kaewsai in the quarterfinals. 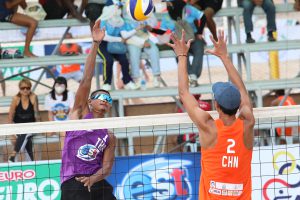 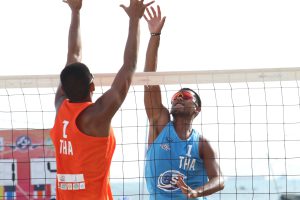 Surin and Banlue came from the first set down to beat Pithak Tipjan/Poravid Taovato 19-21, 21-18, 16-14 in the all-Thais affair in the round of last 16 and repeated their remarkable performance to beat Omanis Ahmed Alhousni/Alshereiqi Haitham 21-16, 22-20 in the quarterfinals. 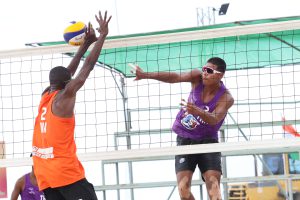 On Sunday, the final day of the double-gender competition, the men’s semifinals will be held in the morning, The final clash and third-place playoff encounter will take place in the afternoon, followed by the awards presentation and the closing ceremony. 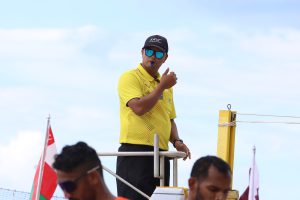 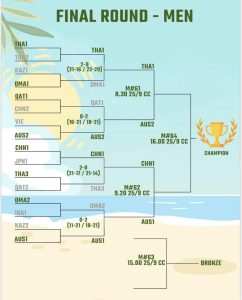 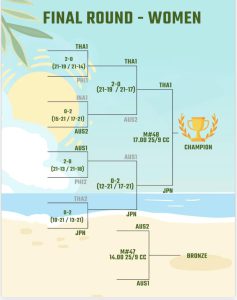