Jiangmen, China, January 8, 2020 – Hosts China survived a Chinese Taipei’s huge scare to get their Olympic dreams back on track at the AVC Men’s Tokyo Qualification 2020 at the Jiangmen Sports Centre Gymnasium following an epic 3-2 comeback win against Chinese Taipei on Wednesday. 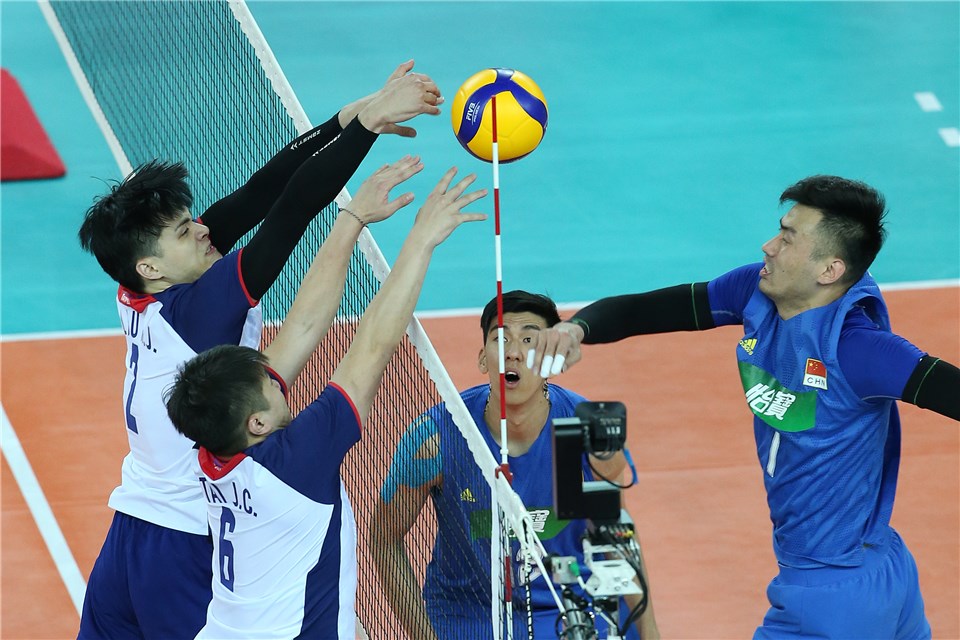 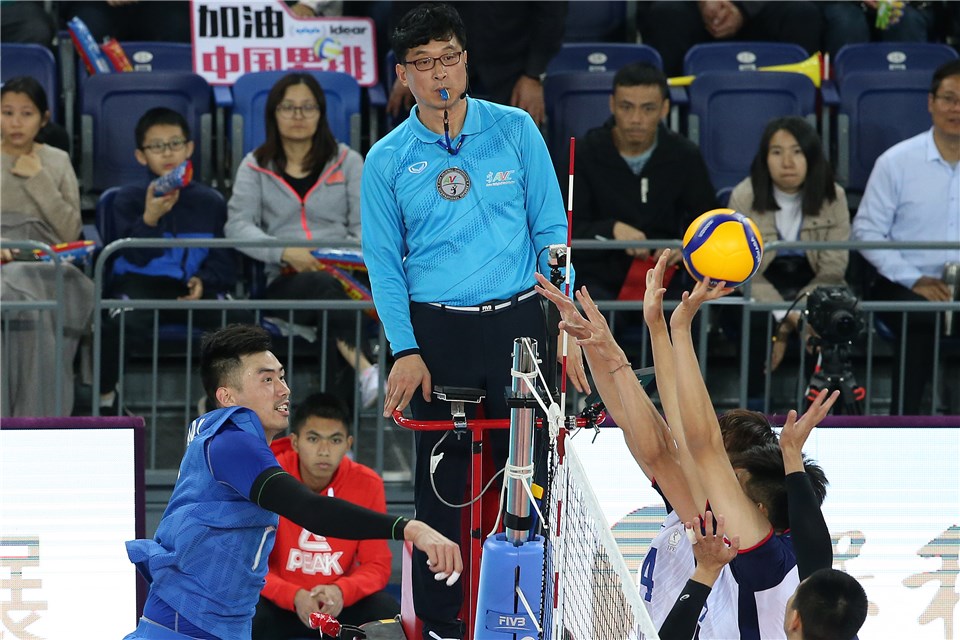 In the first set, Chinese Taipei made a strong start to lead with a 6-point clear at 13-7, thanks to their excellent teamwork and gritty rally. China were error-strewn and inconsistency, allowing the rivals many attacking opportunities. Chinese Taipei took the lop-sided set 25-15. 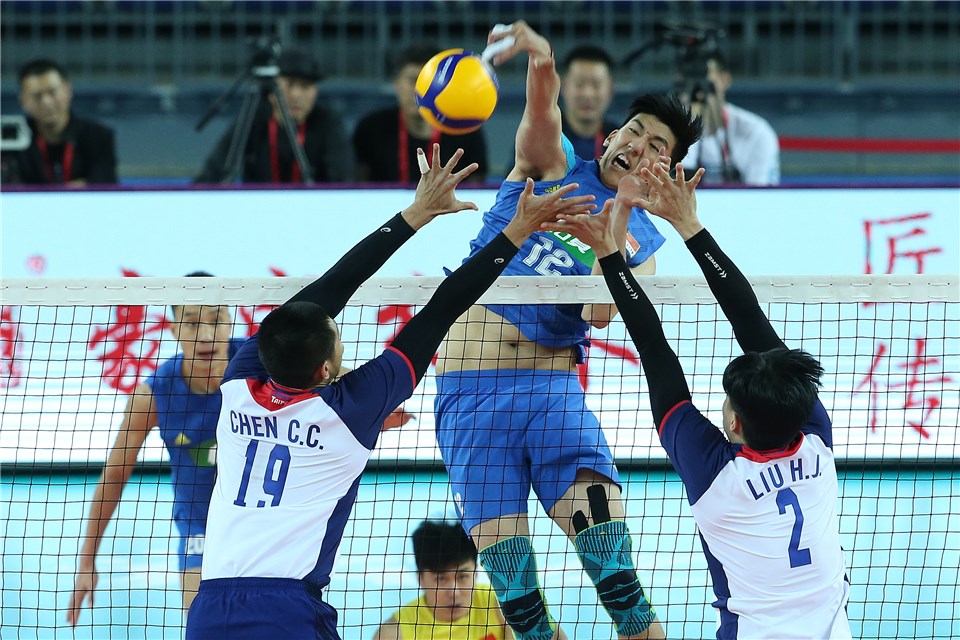 Conceding one set in front of a large crowd of home audience at the venue, China struck back in the second set, mixing the splendid offensive mobility of Dai Qingyao’s mighty attacks and solid blocks from Jiang Chuan and Zhang Zhejia to clinch the comfortable set 25-16. 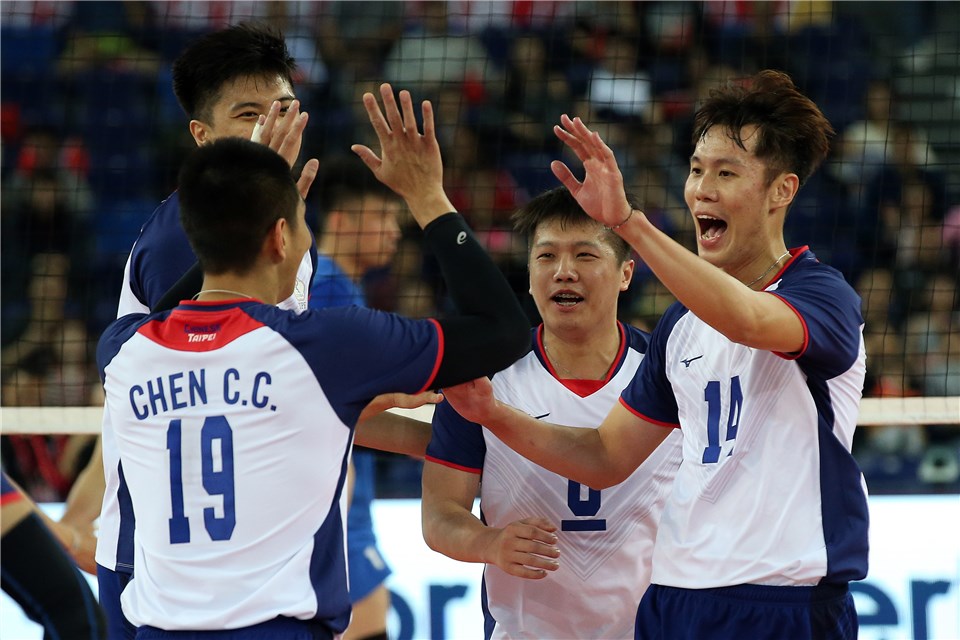 Levelling 1-1, Chinese Taipei went on their exceptional form in the third set. With Wang Ming-Chun and Liu Hui-Min on target and the rivals struggling on their unforced mistakes, Chinese Taipei seized the opportunity. Although China tried to turn things around and clawed back into the game, their good show came too early as the strong visitors still played cool under pressure to win the hard-fought set 25-23 and widened it to 2-1.

To everyone’s surprise, Chinese Taipei still lived up to their brilliant form and they challenged the host side seriously. Nevertheless, as China gradually pulled their game together, Chinese Taipei field to make the best of their chances and let the opponents back into the game. China won the fourth set 25-22, forcing the visitors to play in tiebreaker.

The decider was tight, with both sides pouring everything they had to win the match. China fared better, with Dai Qingyao unleashing a barrage of aggressive attacks and Zhang Zhejia producing lightning fast spikes. China captured the deciding set 15-9, match and a semi-final berth. 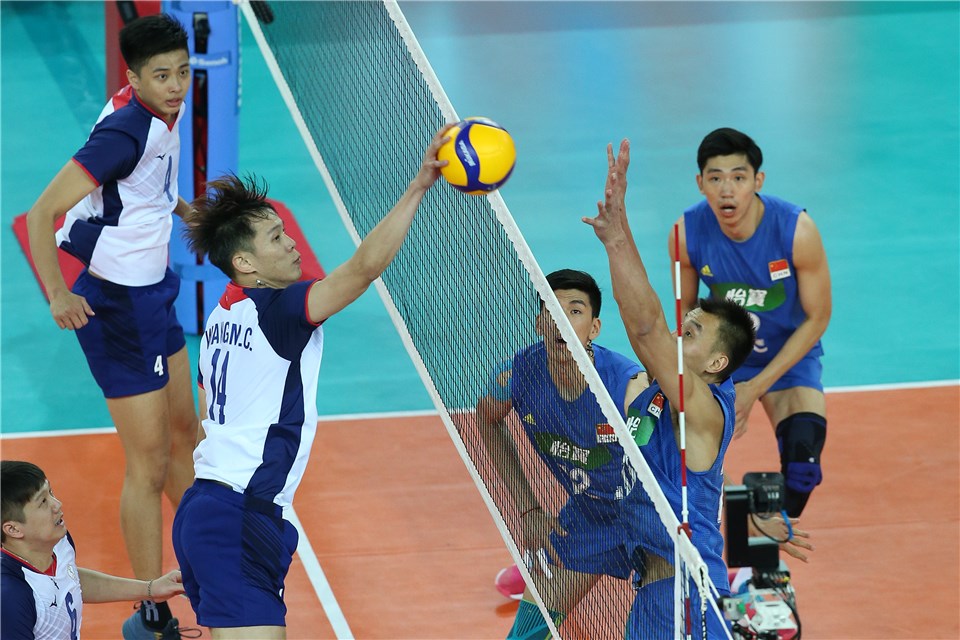 China are due to be next pitted against Asian champions Iran on Thursday, the final day of the pool round-robin preliminaries, while Chinese Taipei will challenge Kazakhstan, but both of them failed to make their mark and already missed the cut for the semi-finals. 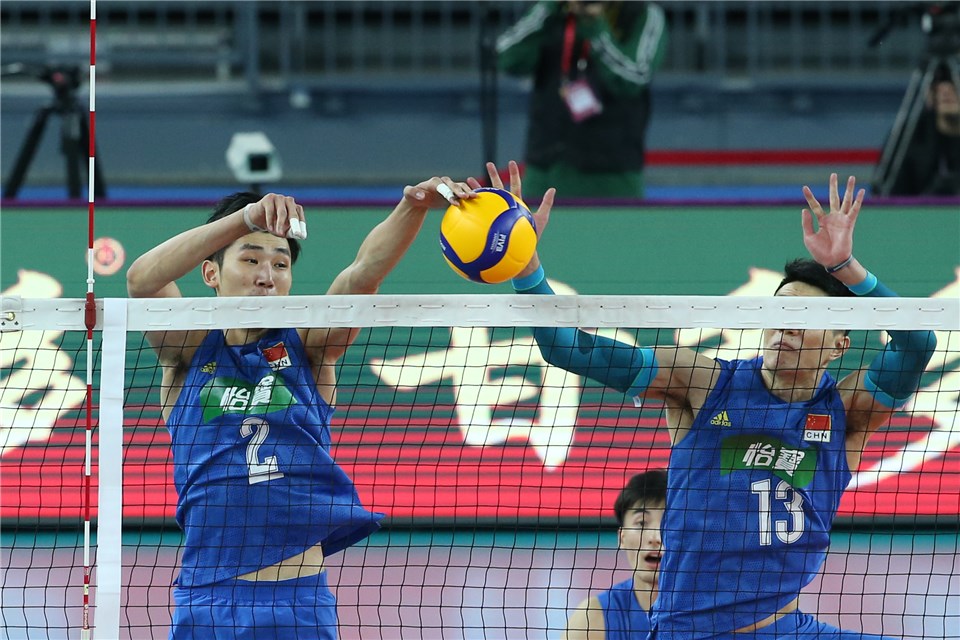 Chinese Taipei head coach Serbian Moro Branislav: “Congratulations to China. It was a good match with enthusiastic atmosphere. In my opinion, my team did their maximum today but China did better in service. Good luck for your next matches.”

Chinese Taipei captain Ju Chien Tai: “China has an advantage in height so we planned to conquer their blocks by using quick attack more often. But the premise is good service reception. Our tactics worked at the beginning but we didn’t respond well when they started to strengthen the offense afterwards. We’ve tried our best today. In the fourth set, our opposite had a cramp on his leg so we couldn’t pass him so many balls. It was a pity for us but a good match anyway.” 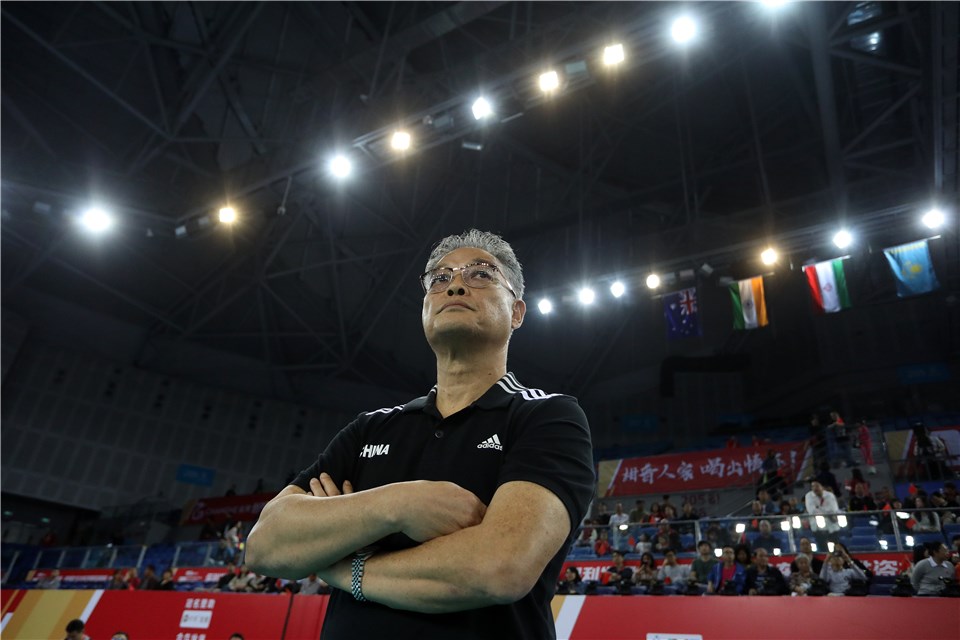 China head coach Shen Fulin: “Although we’ve expected the flexible attacking tactics of Chinese Taipei, they still surprised us in certain degrees, forcing us to adjust our defense. I think what we can learn from this match is to improve our impromptu adaptive ability.”

China captain Jiang Chuan: “Chinese Taipei has some unique characters such as excellent reception and defense, It made a great contribution to their quick attack which caused us a lot of pressure today, especially in the first three sets. In respond to their aggressive offense, it took us some times to adjust our block at first. Above all, I really appreciate the teamwork of my side, we could never make it without tenacious teamwork. I do hope we can keep this momentum tomorrow, as well as the semi-finals.” 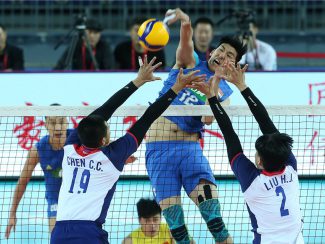 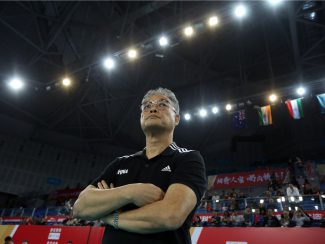 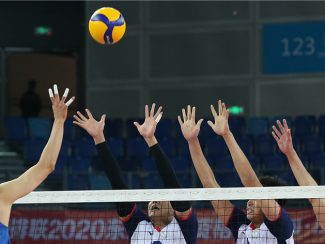 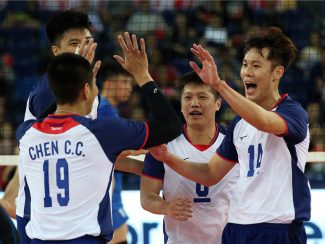 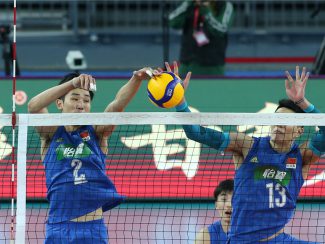 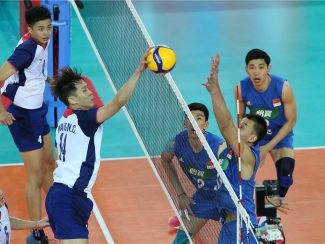 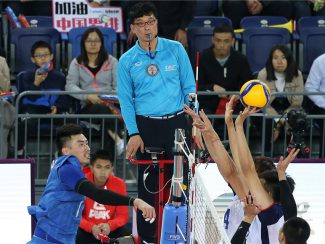 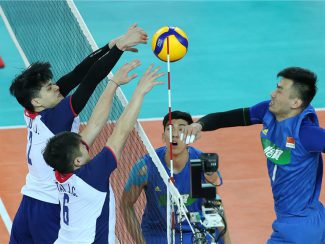 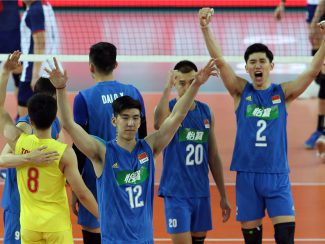