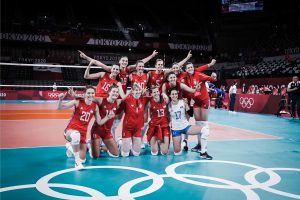 Japan, fresh from demolishing Kenya in comfortable straight sets in their opening Pool A match on Sunday, played without key player Sarina Koga, who sustained an injury during their match against the Kenyans, but remained strong offensively with the presence of Ai Kurogo, Mayu Ishikawa and Yuki Ishii. 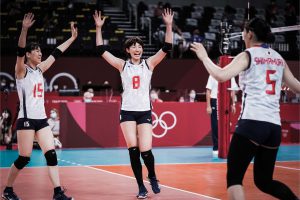 The clash was initially expected to be a tight battle between two sides who were searching for their second win in the Tokyo 2020, with Serbia routing Dominican Republic in straight sets earlier. 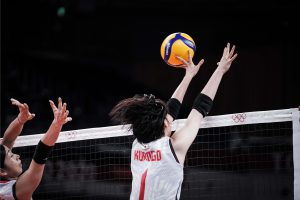 Serbia had too much power with sensation Tijana Boskovic a constant thorn in Japan with her spectacular attacks at the net and she was aided by the likes of Mina Popovic, while Milena Rasic and Maja Ognjenovic marshalled her teammates defensively. 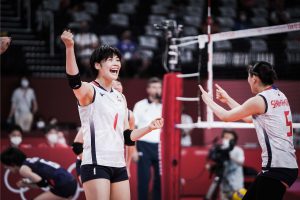 Despite facing a daunting task against the formidable rivals, Japan, fourth place at the recent FIVB Volleyball Nations League, still performed superbly to cope well with the Serbian tactics for an impressive 23-23 tie in the first set. However, Serbia proved their class, bagging two points in a row to win the hard-fought set 25-23. 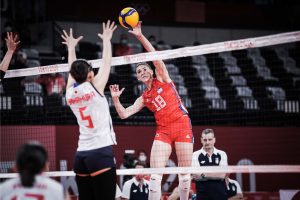 The second set was obviously dominated by the Serbians who raced out to a 19-13 lead, thanks to exceptional attacks from Boskovic, who was looking increasingly dangerous from spike range. As Serbia went on a blistering run of back-to-back points, Japan tried hard to stage a fightback. However, their determination was in vain. Serbia marched on their huge attacks to win the comfortable set 25-16. 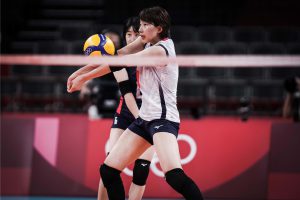 The third set was incredibly close in the beginning with neither side able to break clear, but it was the Serbians who surged away for a commanding 15-9 lead. Japan, helped by the excellent defensive work of libero Moko Kobata, put their acts together and bounced back mightily to close the margin 23-23. 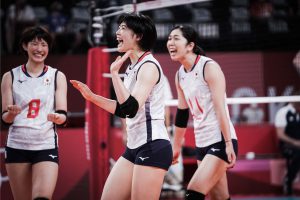 Erika Araki fired a powerful blow to put the host side in front 24-23, needing only one more point to take the set. However, they just let the winning opportunity slip through their fingers. Serbia came through to win the thrilling set 26-24 and match. 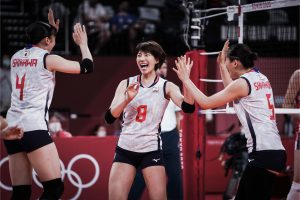 Tijana Boskovic was the driving force for Serbia, finishing with a match-high 34 points including 31 attacks and 2 blocks, while middle blocker Mina Popovic was the next best with 10. Mayu Ishikawa led Japan with 13 points, with Ai Kurogo assisting with 12 points. 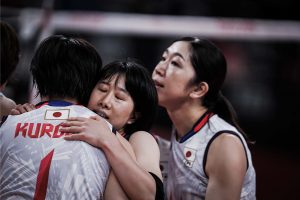 In their next match on July 29, Japan will challenge Brazil, silver medallists at the recent Volleyball Nations League, with Serbia taking on Kenya.