Bangkok, Thailand, July 27, 2021 – Korea, strengthened by super star Kim Yeon Koung, put it past fighting Kenya in thrilling three-setter for first win in their Pool A clash of the Tokyo 2020 volleyball tournament at Ariake Arena in Tokyo, Japan on Tuesday. 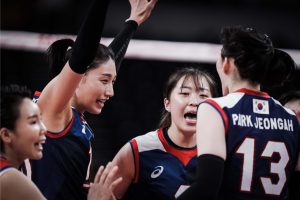 Korea, current world No.14 and consecutive two-time bronze medallists at the Asian Senior Women’s Championship in 2017 and 2019, took the one-sided first set 25-14, but found the going gets tough later in the second and third sets when the Kenyans turned things around and fought back gallantly. 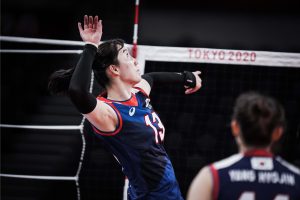 However, despite some improvement from the underdogs, Korea were on a different level with their blockers particularly outstanding and Kim Yeon Koung and Kim Heejin unleashing powerful attacks to help the Asian side seal the deal in straight sets including 25-22 and 26-24 in the action-packed second and third sets respectively. 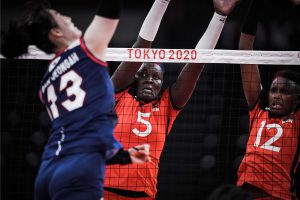 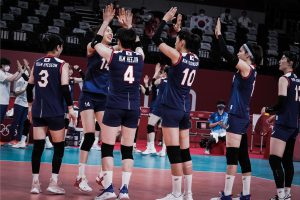 After the match, Korea surged ahead Dominican Republic to stay at the fourth place of the Pool A standings with 3 points from one win against one loss. Winless Kenya remained on the bottom of the standing with no point awarded. 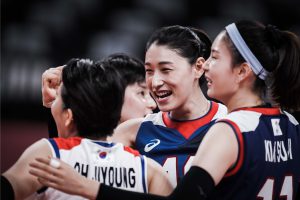 On Thursday, Korea will take on Dominican Republic, with Kenya testing their mettle against world champions Serbia.