Bangkok, Thailand, July 27, 2021 – China could not stop Jordan Thompson’s onslaught as the powerful hitter scored a match-high 34 points to help USA stun the defending Olympic champions in a hotly-anticipated straight-set clash in the Tokyo 2020 volleyball tournament at Ariake Arena in Tokyo, Japan on Tuesday. 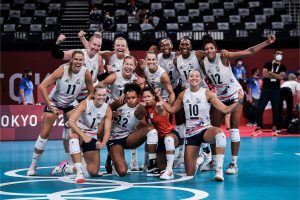 China, seeking the first victory in the Tokyo 2020 following their 0-3 loss to Turkey in their opening Pool B clash on Sunday, fought hard against world No.1 USA, but found the consecutive three-time Volleyball Nations League champions a tough nut to crack to succumb to 0-3 (27-29, 22-25, 21-25) defeat to the well-established opponents. 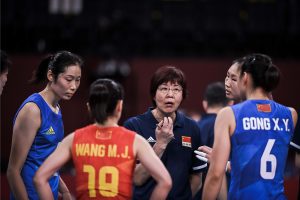 Against USA, the team they had beaten in straight sets in the preliminary round of this year’s VNL in Rimini, Italy, China fielded a formidable lineup including setter Ding Xia, Gong Xiangyu, Yan Ni, Yuan Xinyue, Zhang Changning and Zhu Ting, all of them joined the China’s Rio Games gold-winning squad. USA were also strong with the likes of captain Jordan Larson, Jordan Thompson and Michelle Bartsch-Hackley. 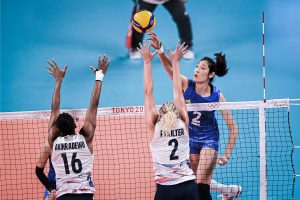 In the first set, USA, which outclassed Argentina 0-3 in their first match earlier, made a confident start to this clash of the Titans after back-to-back spikes from the athletic Thompson, but they were unable to shake off the Chinese as the Asian powerhouses were quick and powerful early on to close the gap at 22-22. However, the superb net play helped USA stretch the lead to 24-22, needing only one more point to wrap up the closely-contested set. 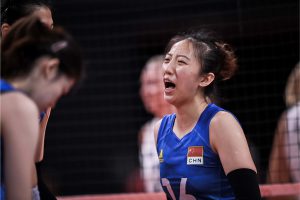 However, Yan Ni saved the day for China to reduce the margin to 23-24 and left-hander Li Yingying scored two points in a row to help the Asian side take the lead with one point clear at 25-24. Still, USA made a strong comeback again, with Thompson and Larson excelling in attack for the team’s wonderful comeback 29-27 win in the action-packed set. Conceding one set, China responded well to eventually come through in the second set when star spiker Zhu Ting proved too powerful from spike range and continued to notch crucial points to put her team in advance 7-4. However, their winning way was short-lived as USA were soon back in control, catching the Asian side at 12-12 and still working as a well-oiled machine. 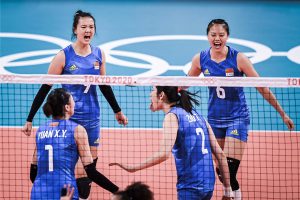 Thompson, Larson and Bartsch-Hackley continued a seismically powerful display to put the team in front 24-20. China saved two set points and USA asked for timeout to improve their fortunes. After that, Thompson powered home a blistering spike to end the Chinese challenge 25-22. 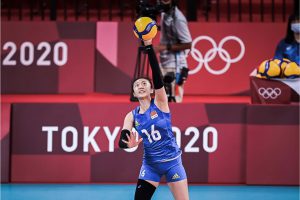 The third set remained a see-saw affair as both sides came out in full force to win the set. China took an initial 16-15 lead before the USA picked things up and bounced back to gain a four-point advantage at 24-20. USA allowed China one more point from a Changning’s fierce attack to capture the thrilling set 25-21 and match. 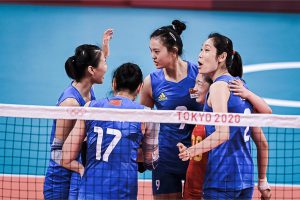 Jordan Thompson registered a sensational game-high 34 points that included 28 spikes and 4 blocks. Her efforts were backed by Michelle Bartsch-Hackley with 15 points and another promising effort from Jordan Larson, who picked up 12 points. Zhu Ting led China with 18 points including 16 attacks and Li Yingying added 11. 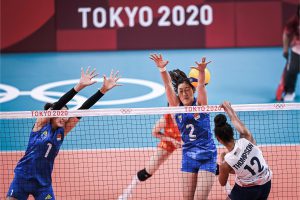 USA will next take on Turkey on July 29, with China going up against Russia.