DAY 2 WRAP UP
Tehran, Iran, September 14, 2019 – Hosts Iran, Australia, Japan, Chinese Taipei, China and Korea each captured two wins in succession at the 20th Asian Senior Men’s Volleyball Championship on Saturday to ensure their berths in the round of top 8 teams and earn their places for the AVC Continental Olympic Qualification Tournament in Jiangmen, China from January 7 to 12, 2020. 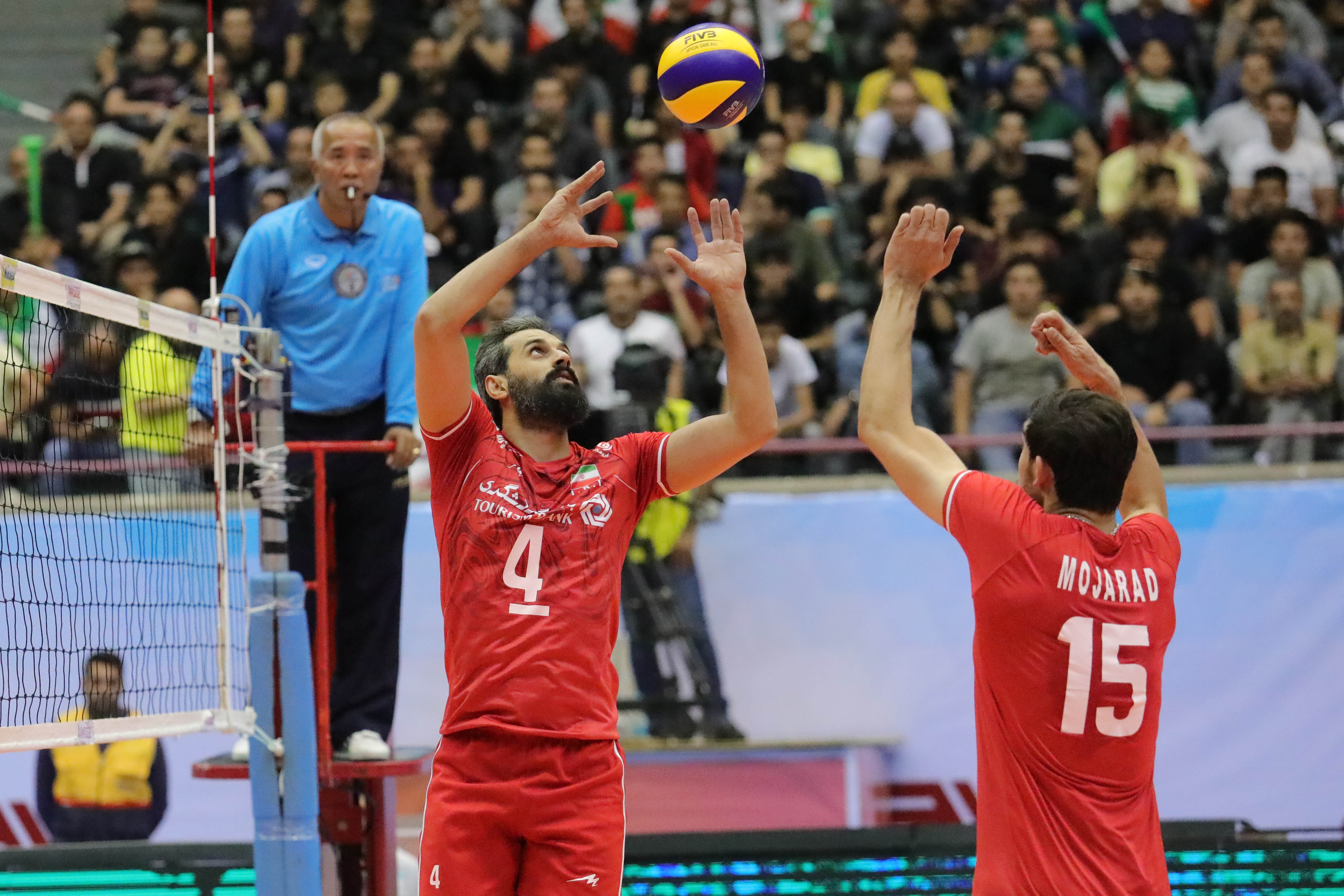 The above-mentioned six strong teams brushed off their respective rivals in comfortable straight sets on Saturday. Kazakhstan, silver medallists at the previous edition in Indonesia two years ago, shrugged off a disappointing start with a 2-3 loss to India in their opening match the previous day to beat Oman 3-0 on Saturday, while Pakistan edged Indonesia, fourth place in 2017, in exhausting five sets.

Kazakhstan and India had similar performances in Pool C with one win against one loss to have an equal chance of joining China to the round of the top 8 teams. However, India seemingly stand a better chance as they will take on winless Oman in their last preliminary match on Sunday, while Kazakhstan will go up against unbeaten China. After two matches, Kazakhstan had 4 points to come in second to China, with India in third place with only 2 points. The Sunday’s matches will decide fates of the two teams. 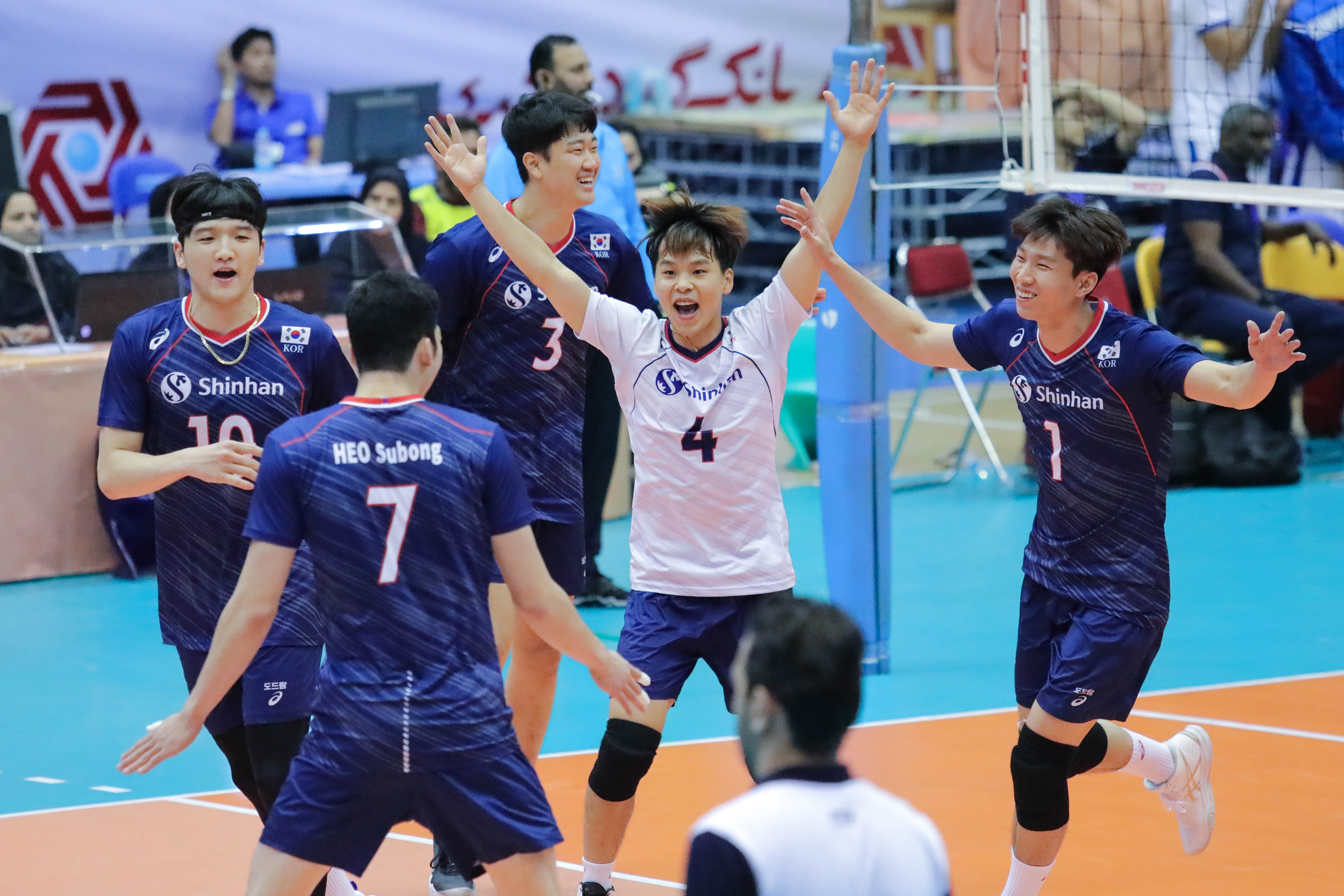 In Pool D, with two straight wins, Korea are safely through to the round of the top 8 teams, leaving Indonesia and Pakistan to battle it out for the remaining place. Both teams had one win against one loss, but Indonesia claimed 4 points after two matches, with Pakistan taking only 2 points. A daunting task awaits Indonesia in their last preliminary match on Sunday when they will go up against undefeated Korea in what could be the 2017 third-place playoff rematch, while Pakistan are poised to have an easier task against Kuwait. 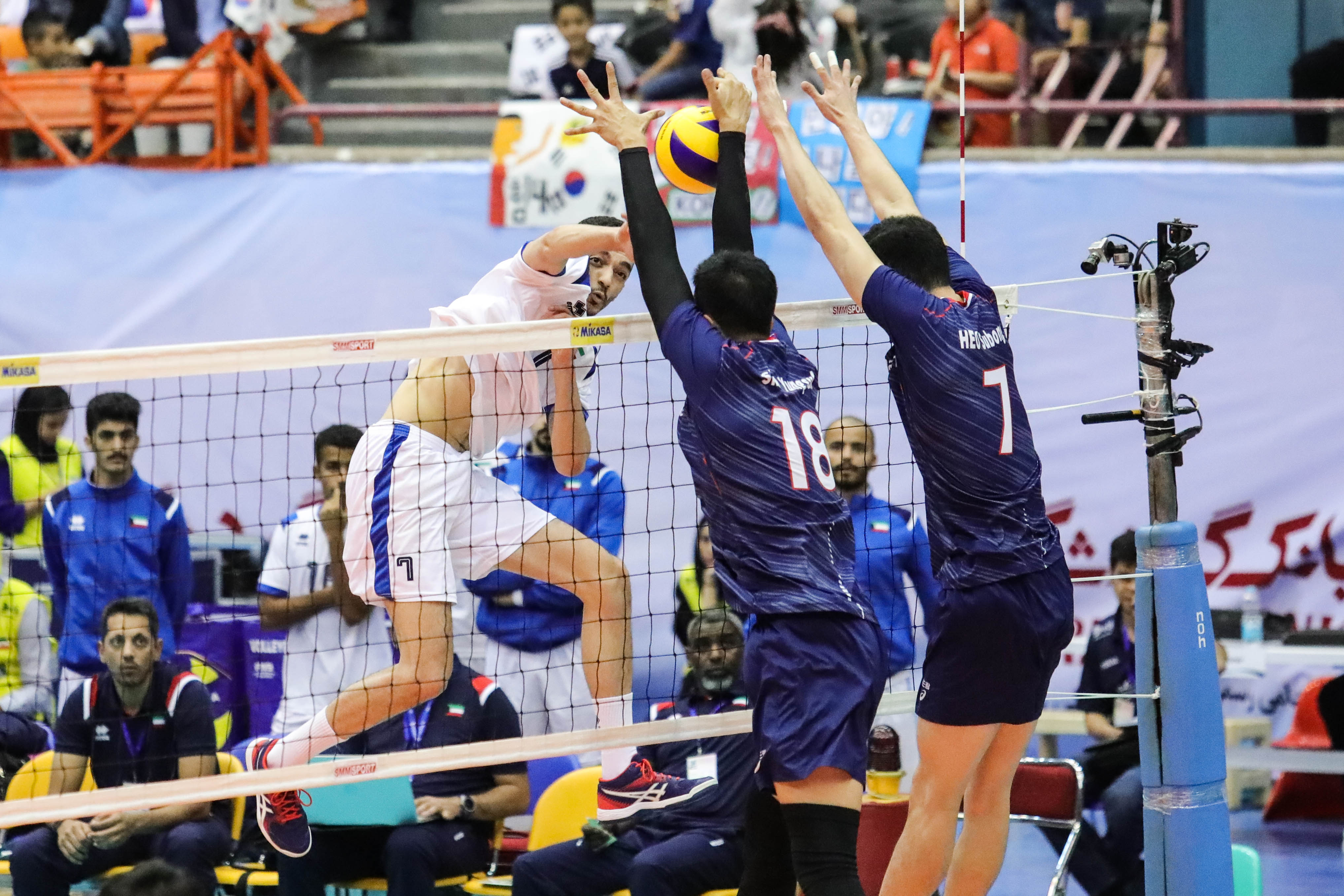 Montenegrin Igor Kolakovic, head coach of Iran, commented, “This was an important game for us because of the win, we are now qualified for the AVC Continental Olympic Qualification Tournament in January. We played all the time seriously. We did enjoy performing a good game. We won so easily against Qatar.” 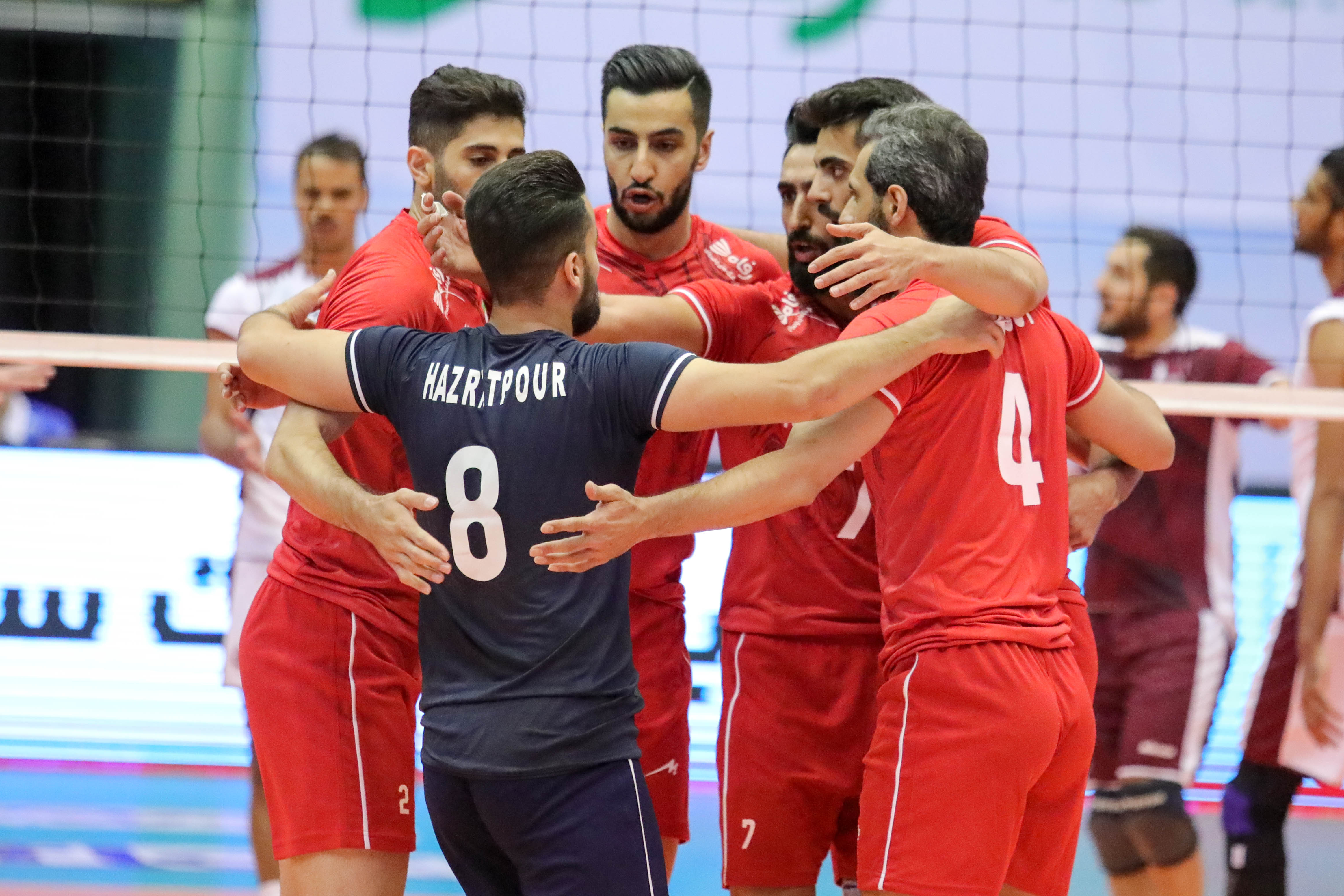 After two losses, Qatar, the eventual winners at the last year’s AVC Cup in Chinese Taipei, are assured of missing the top-8 cut. The Qataris will take on Sri Lanka in their last preliminary match on Sunday. 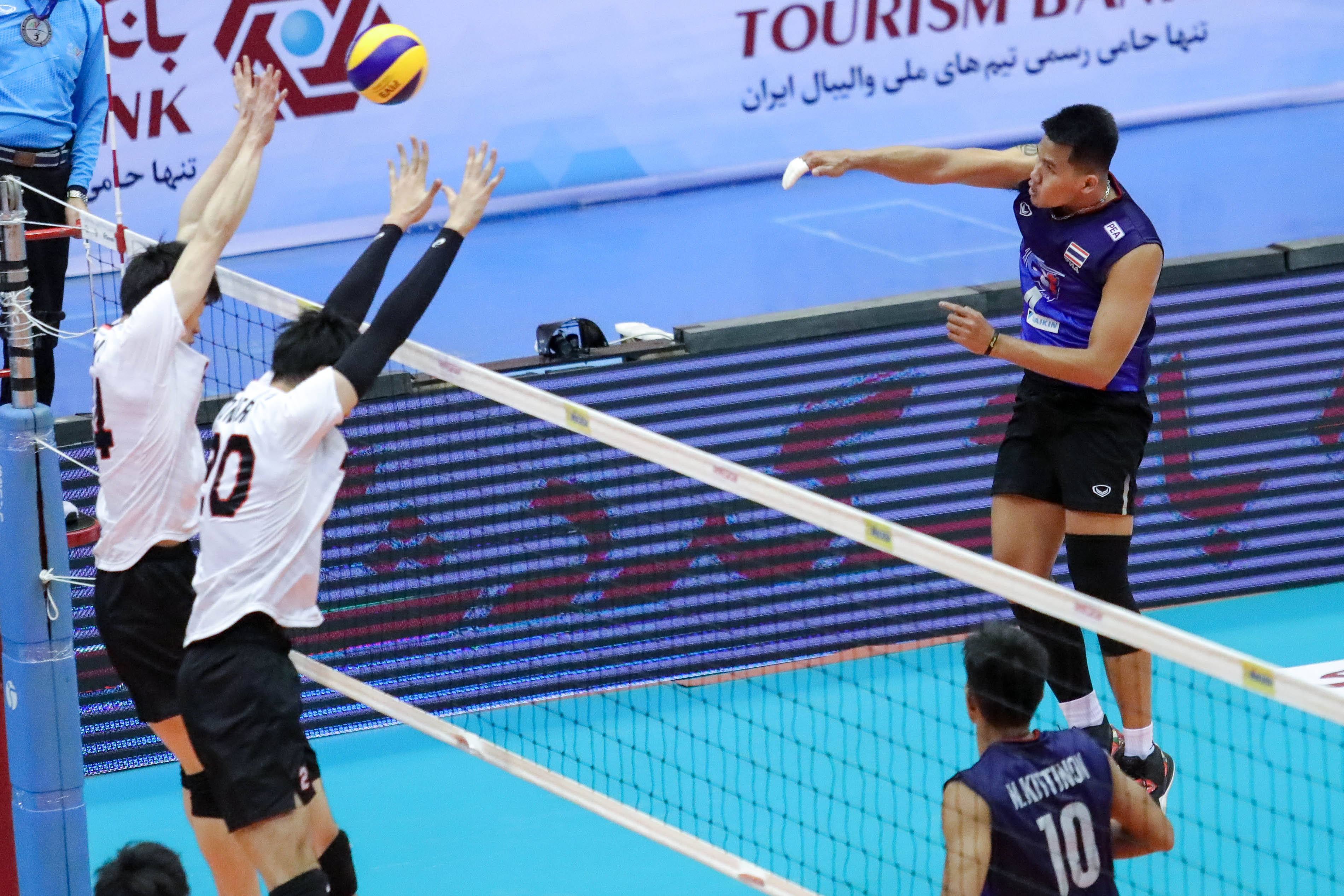 Defending champions Japan, chasing dreams of a hat trick of victory in this championship, continued their remarkable unbeaten record to outplay Thailand in straight sets 25-19 25-20 25-13 in Pool B, while Chinese Taipei had a little problems in routing Hong Kong China 25-11, 25-10, 25-17. The two unbeaten teams will battle it out on Sunday to determine the Pool B winners. 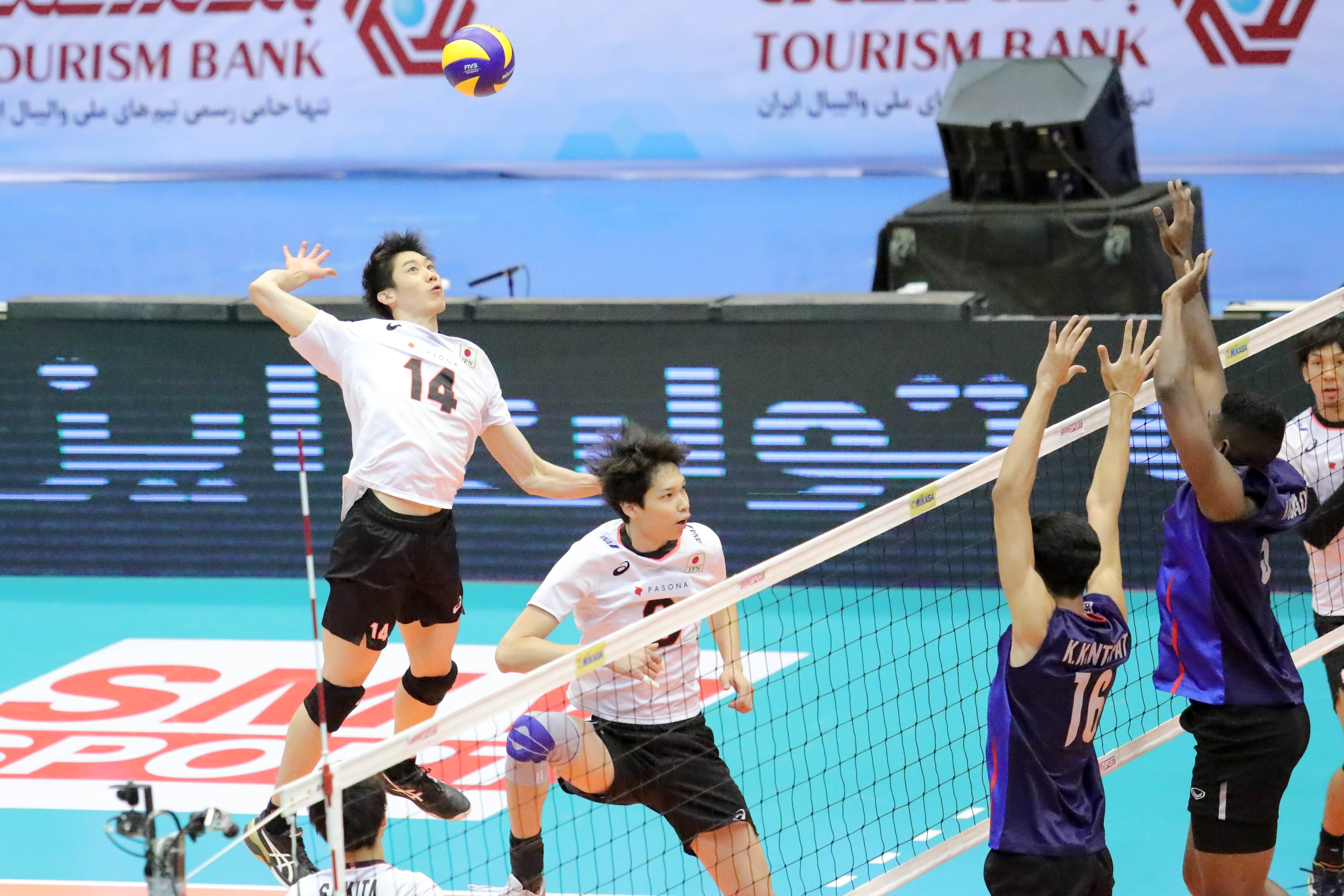 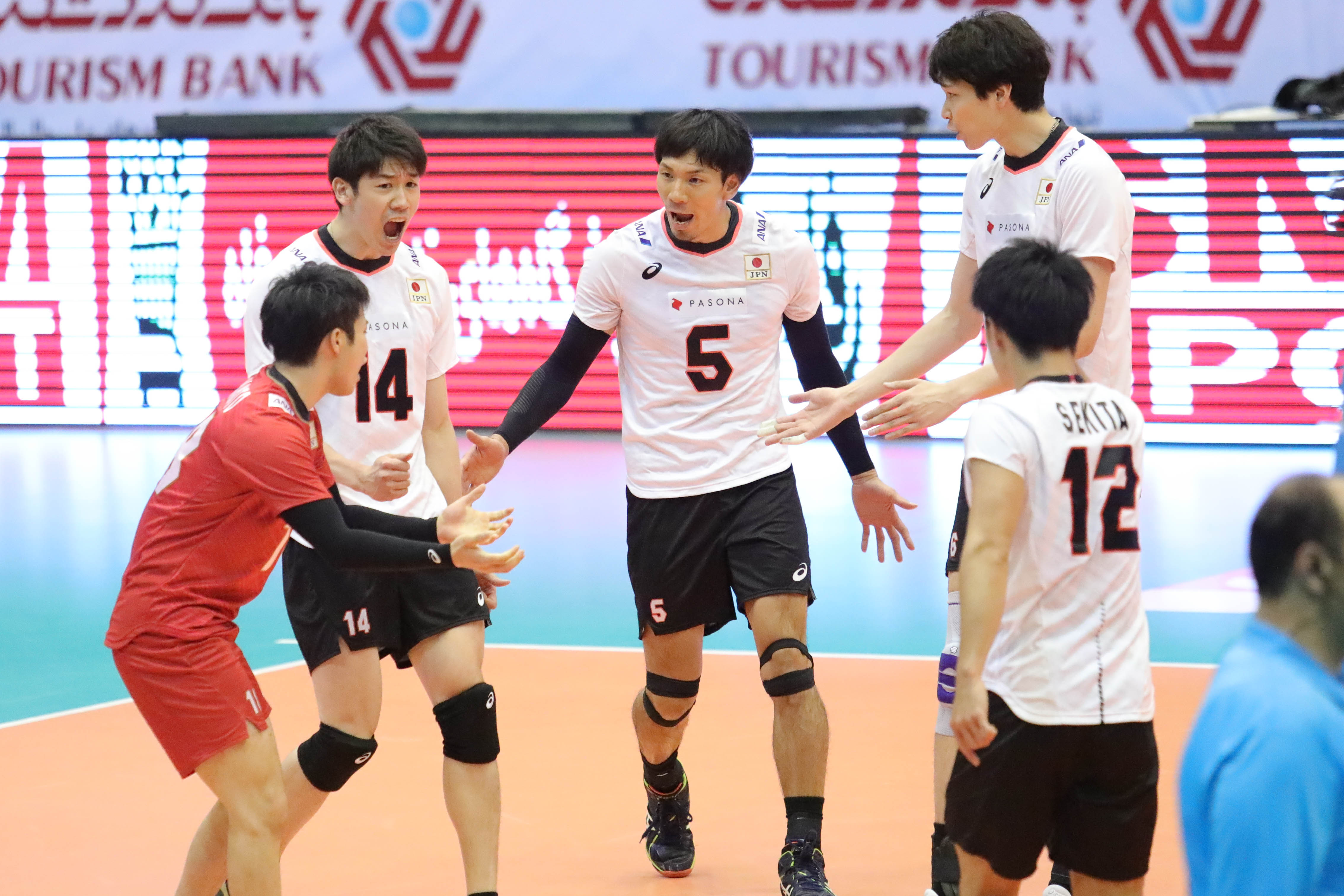 Korea, which won their first match against Pakistan in comfortable straight sets, bagged another easy win 25-14, 25-16, 25-11 against Kuwait in Pool D. Kuwait, suffering two losses in a row, are assured of being relegated to classification round for 9th-16th places. 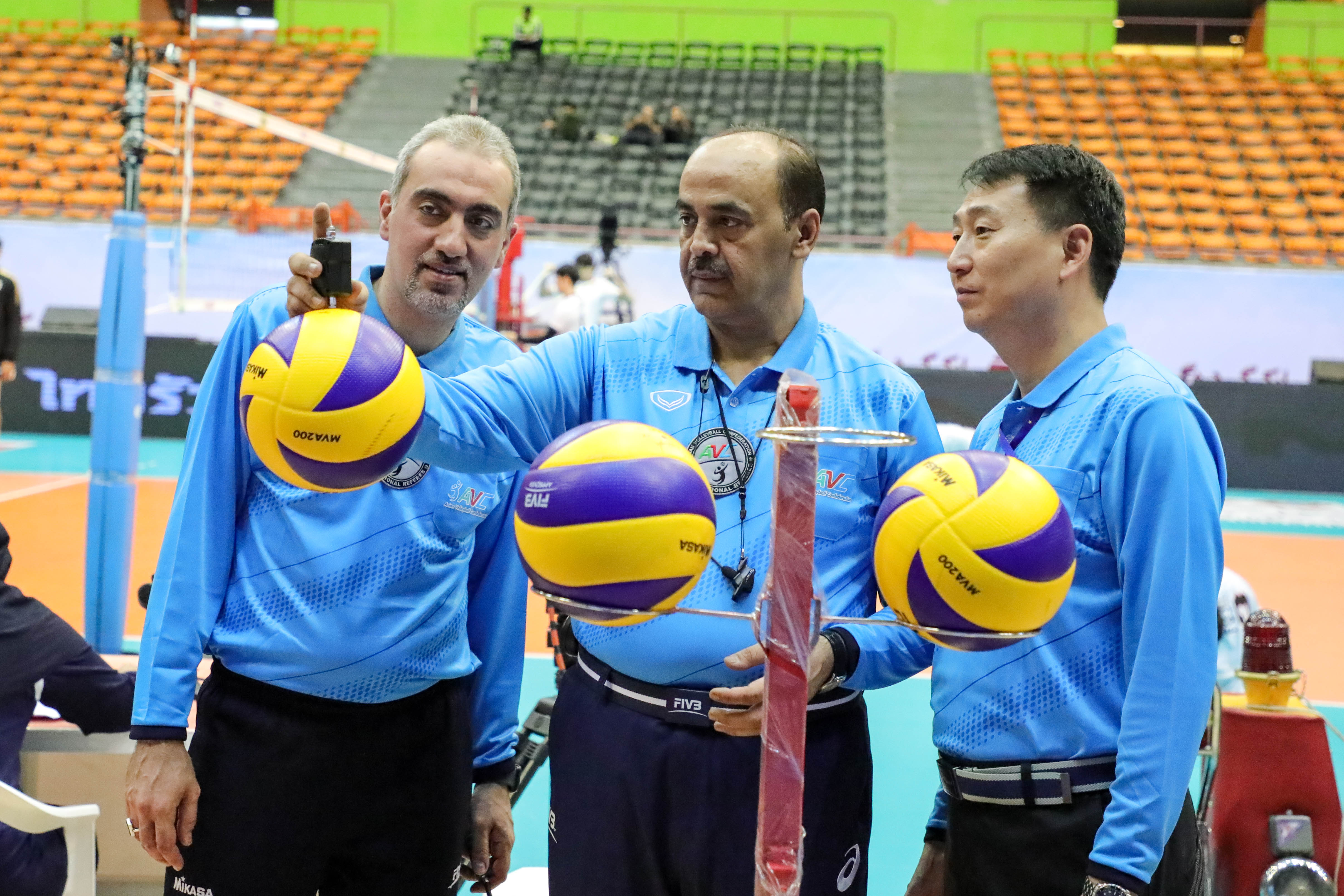 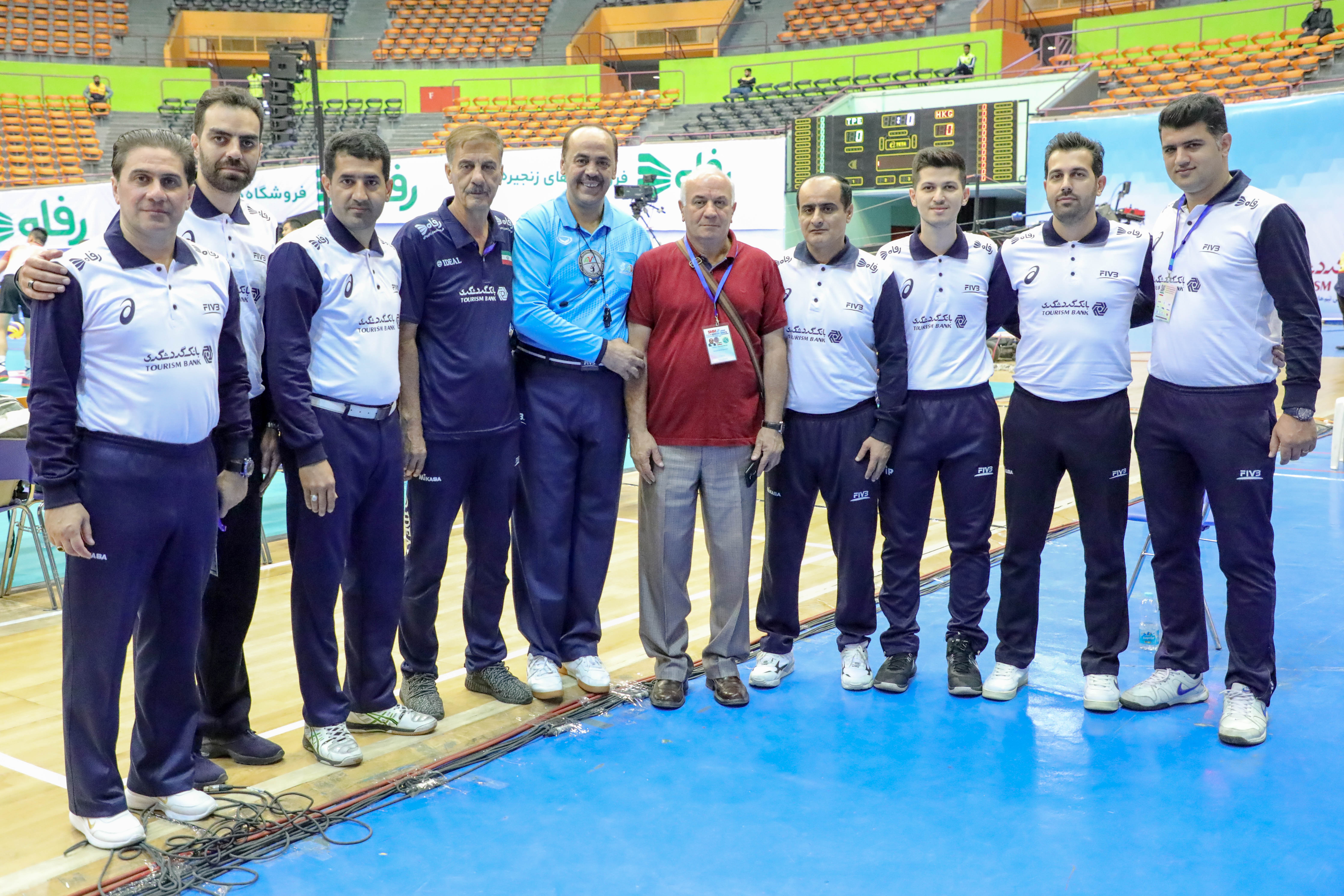 On Sunday, all 16 participating teams will contest their last matches in the pool round-robin preliminaries and will be classified according to performances in their pools. Top two teams will advance to the round of top 8 teams, while teams finishing third and fourth places in each pool will compete in the classification round for 9th-16th places. Monday will be a rest day. 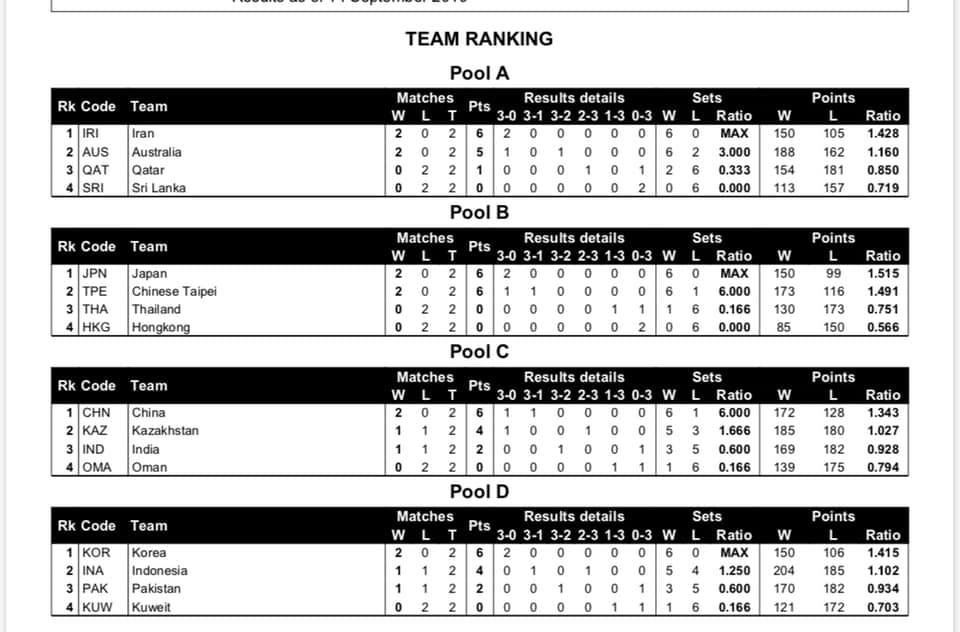 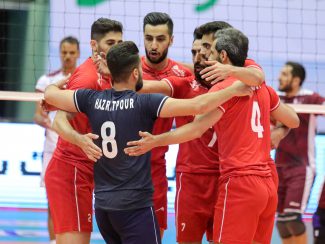 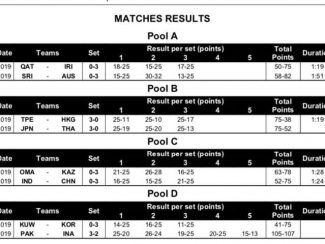 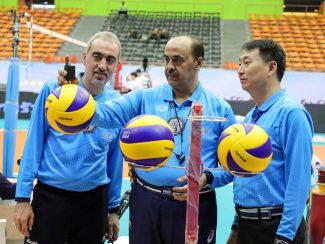 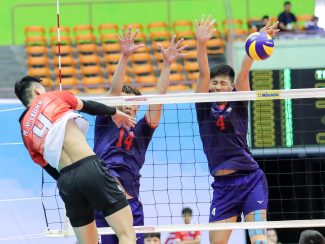 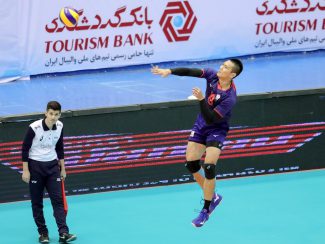 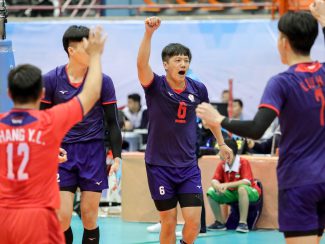 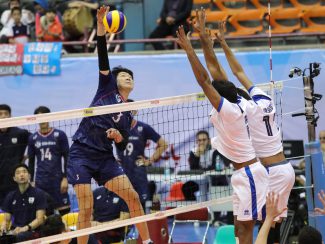 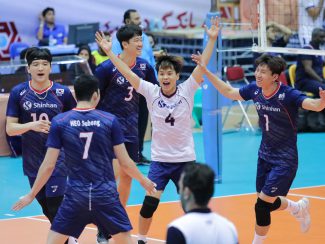 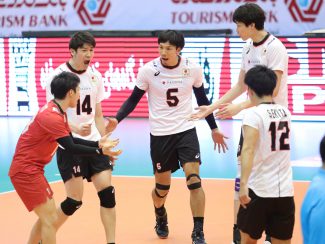 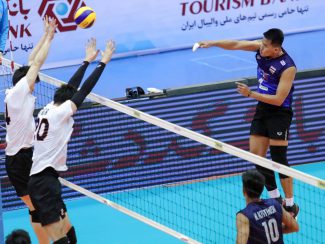 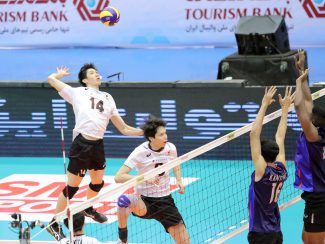 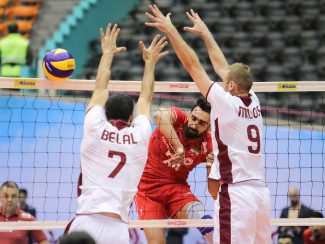 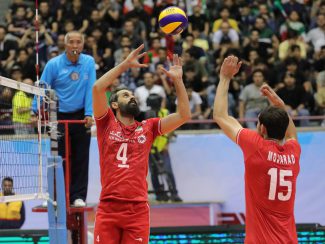 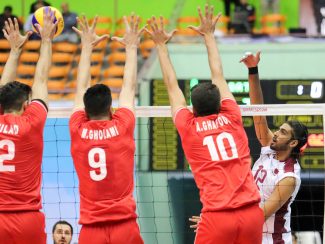